A groundbreaking study from a Harvard University team suggests that monogamy may be genetically programmed within some mammals. 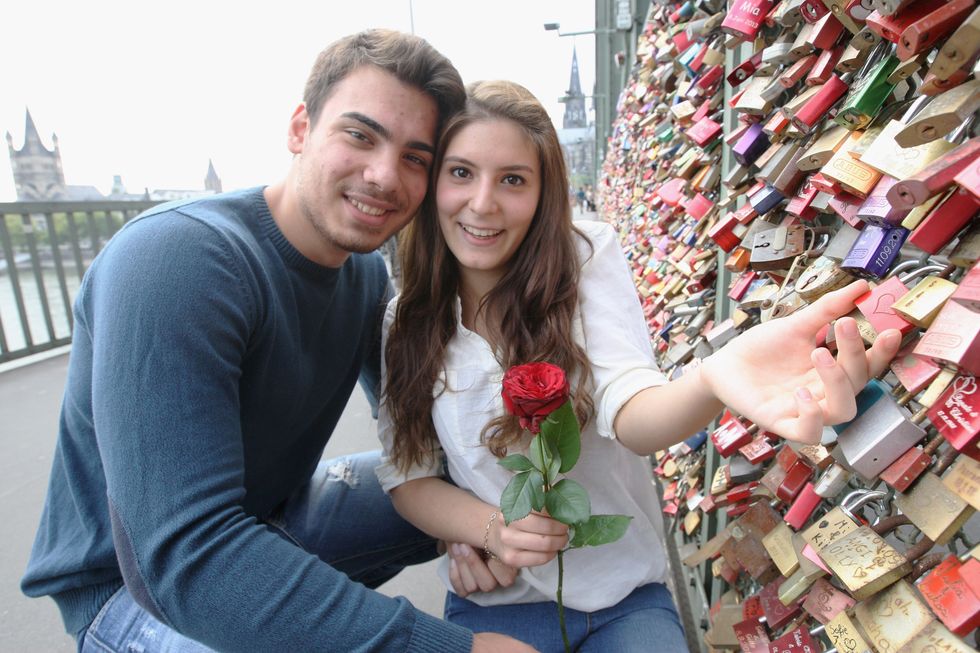 Evolutionary anthropology has for some time tried to understand what natural relationship pattern humans follow, if there is one. In his book Sex at Dawn psychologist Christopher Ryan posits that our prehistoric ancestors practiced multiple kinds of sexual and romantic relationships.

Monogamy became a social institution and one that made sense. Polygamy was the most common practice in the ancient world, but it made women a commodity. Rich men could keep multiple wives for themselves, whole harems, which caused a lot of strife among others, fighting over those who were left. Monogamy however, eliminated this problem and helped seed societal stability.

Even so, multiple societies around the world still practice different forms of pair bonding other than monogamy. Even the most strident monogamist will admit that marriage can prove difficult. There’s things like the four year slump and the seven year itch. Some evolutionary biologists have explained these as a cessation of the pair bonding process.

When we were hunter-gatherers, we traveled in tight-knit bands. Children were raised not only by their parents but by the whole village itself. When the child was old enough to be a little more independent, the parents were free to go off and explore other relationships.

According to renowned anthropologist and love expert Dr. Helen Fisher, there are actually four different, unique personality types when it comes to human love. Each is driven by a preponderance of a certain neurochemical or hormone in the person’s system. And some are better suited for monogamy than others.

In this case, nature may have made some people naturally polyamorous and others monogamous, to ensure stability for raising children, while at other times, ensuring variety within the gene pool and to that end, aiding our survival.

Is there an evolutionary basis for cheating? Getty Images.

Now, a groundbreaking study published in the journal Nature suggests that monogamy may be genetically programmed within us, or at least in mice, to ensure offspring receive proper care. “Parental care is essential for the survival of mammals, yet the mechanisms underlying its evolution remain largely unknown,” the authors write. Researchers at Harvard University studied two breeds of mice to arrive at this conclusion.

The first was the oldfield mouse (Peromyscus polionotus), one of those rare monogamous animals. Only 5% of mammals practice monogamy. Both sexes of this breed are known to be doting parents. They will, together, build an elaborate nest for their young and lick or clean them.

The second breed was the deer mouse (Peromyscus maniculatus), who are promiscuous by nature, and look upon their oldfield cousins as helicopter parents. In most mammalian relationships, males mate with as many females as possible, but do little to help raise the offspring. What researchers discovered, by looking at these two mouse breeds, was distinct genetic variations, which coincided with each type’s relationship style.

Hopi E. Hoekstra was the senior author of the study. She’s an evolutionary biologist. Though oldfield and deer mice won’t mate in the wild, if a male and female are put into the same tank alone together, they will. The resulting offspring are healthy. It was a variety of such hybrids that led them to understand whether or not parenting and relationship styles are genetically influenced.

Is monogamy in our nature, polyamory, or a combination? Getty Images.

In a previous study, Hoekstra and her team took the pups of each type of mouse and placed them in each other’s nest. Researchers wanted to know if the mice acted this way because they were raised to tend to pups, or if each breed of mouse had an instinctual parenting style. The latter proved true. Once this was found, researchers went about investigating each type’s DNA.

They bred five mice, who created 30 hybrid offspring. These were bred and another 769 hybrid mice were born. Researchers looked at the second and third generations, to see what type of parenting each took up. Some put in minimal effort, others were completely aloof, and others still attentive parents. This wide variety of styles allowed researchers to hone into the mice’s DNA and find the differences. They came upon 12 areas or loci which were associated with parental instincts.

Researchers found that one loci controlled just one behavior, nest building, while others controlled more than one. These loci varied in terms of sex. One loci when activated, seemed to make fathers more attentive, but not mothers. Unfortunately, each loci carries many genes, so it’s hard to hunt down which is responsible for what behavior.

In their most recent study, these Harvard researchers looked at one biochemical in particular, vasopressin. This is a bonding neurotransmitter in many species, including rats and humans. Deer mice contain three times the amounts as oldfield mice, however. To find out what role it played, researchers injected oldfield mice with it. Instead of elaborate nests, they acted more like deer mice, and made simple ones. Yet, in terms of care, they were still doting parents.

Studies show that some may be better suited for monogamy than others. Getty Images.

According to their genetic research, the vasopressin gene only accounts for 6.7% of nest building instincts in male oldfield mice, and 2.9% in females. This opens the door to whether or not human pair bonding and parenting could be influenced by an instinct imprinted on our DNA. Though we’re a far cry from mice, we share many of the same neurotransmitters and hormones, along with other mammals.

Differences in biochemical makeup or neurotransmitters may signal how a species cares for its young, and whether it’s monogamous, promiscuous, or a mixture of the two. In exploring other species and working our way up, we may find out more about ourselves, even what relationship pattern or parenting style works best. Perhaps, we’ll find the genetic underpinnings of Dr. Fisher’s theory.

To learn what similar genetic underpinnings have so far been identified in our species, click here: