This research may help us develop diamonds for products and better understand nuclear fusion. 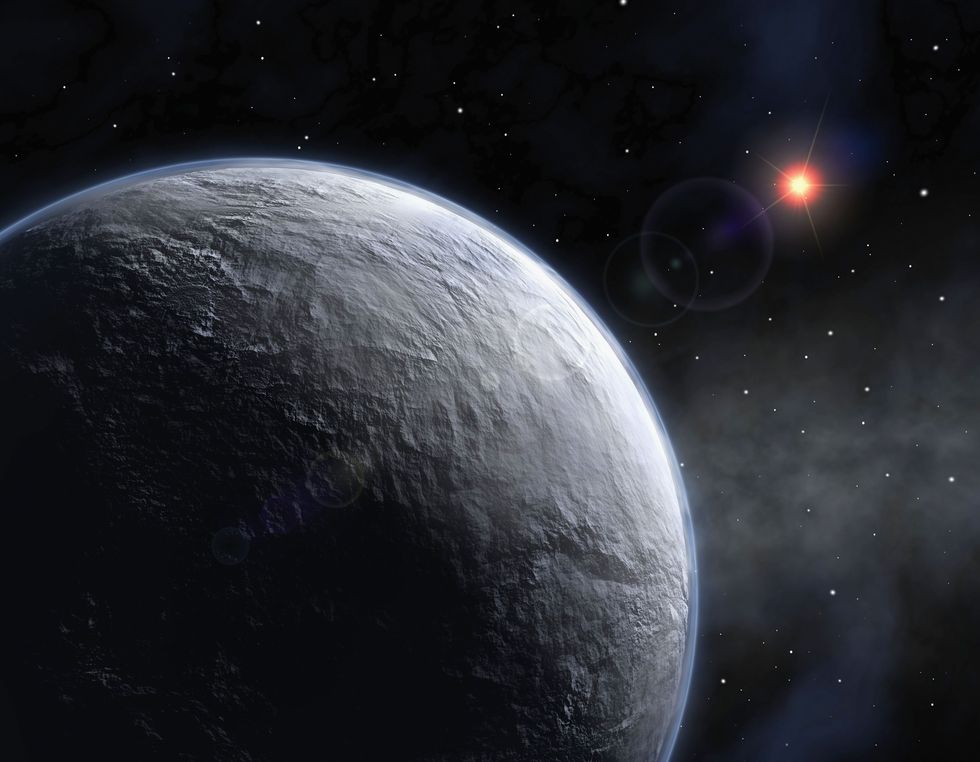 “Diamond Rain,” might sound like a newly discovered Prince track. In actuality, it’s a phenomenon scientists believe is occurring on at least two of our solar system’s planets. Neptune and Uranus have hydrocarbon-filled atmospheres, which suggest this weird phenomenon. These are dangerous, greenhouse gases. Sure, it seems more like one of Scrooge McDuck’s daydreams than scientific reality. Even so, a study published in Nature Astronomy, proves it's possible.

To be fair, astrophysicists have been suggesting that diamond rain could be occurring on these and perhaps other planets for over the past three decades or so. But no one’s developed an experiment where every aspect of the phenomenon was measured and recorded, until now. Hydrocarbons such as methane are abundant in the atmospheres of gas giants. It’s in fact this particular greenhouse gas that gives Neptune its distinctive hue.

These far off planets have many layers with different temperatures and pressures occurring at each. Diamond rain is thought to occur 5,000 mi. (8,000 km) below each planet’s surface, in what’s called the intermediate zone. Carbon from the center of these planets rises up into the atmosphere.

There’s extremely high pressure in the intermediate zone, which crushes the carbon and the hydrogen found there, together, creating hydrocarbon gas and releasing a diamond, which floats gently down to the slushy surface below. The diamonds eventually sink into the planet, coming to rest at its solid core, forming a  layer of diamond around it, though some speculate there could be molten diamond seas down there, with floating icebergs made of the gemstone within them.

Much larger diamonds may even form there, some speculate, perhaps weighing hundreds or even thousands of pounds. Gathering diamonds from such a planet is impossible with current tech, however. No spacecraft could survive the extremely high pressure.

Researchers at The Linac Coherent Light Source (SCLS) conducted the study. This is part of the SLAC National Accelerator Laboratory in Menlo Park, Calif. The lab is owned by the US Department of Energy (DOE), but it’s operated by Stanford University. The LCLS is an x-ray camera with an exceptionally bright flash that can take photos of molecules and atoms. Stringing images together creates videos of “chemicals processes as they happen.”

Researchers used the LCLS’s x-ray pulses to measure the phenomenon as it occurred. In this way, they could measure and record the chemical reactions that took place, including the formation of the diamond structures. They recorded it in real time using a technique called femtosecond X-ray diffraction.

Scientists took polystyrene—a plastic compound that simulates one made from methane. Using SLAC’s X-ray free-electron laser, researchers made twin shock waves in the plastic, creating a high pressure environment analogous to the inner regions of Neptune or Uranus. The laser first caused one small shock wave within the plastic.

This was far slower than a second one, which grew larger than the first and overtook it. When that occurred, almost all of the plastic material transformed into diamonds, each just a few nanometers (billionths of a meter) in width.

The Matter in Extreme Conditions instrument at SLAC allows scientists to investigate the extremely hot, dense matter at the centers of stars and giant planets. SLAC National Accelerator Laboratory.

Previous studies just assumed the diamonds formed. This was the first to actually observe their creation. These nanodiamonds sprung to life at 8,540 °F (4,725 °C), at an atmospheric pressure 1.48 million times greater than Earth’s at sea level. These aren’t perfectly cut diamonds but tiny ovals riddled with impurities, just a few atoms thick.

The results may help us better understand, model, and categorize planets. Dominik Kraus was the lead author. He’s an experimental laser physicist from the Helmholtz-Zentrum Dresden-Rossendorf research laboratory in Germany. “We can’t go inside the planets and look at them,” he said, “so these laboratory experiments complement satellite and telescope observations.”

The process used to make the nanodiamonds might also have commercial uses, Kraus said. They could be used in lasers, electronics, explosives, and scientific and medical equipment. Moreover, studies that test matter compression can help scientists better understand the processes behind a nuclear fusion reaction.

With that knowledge, we could develop fusion reactors which provide almost unlimited energy with zero carbon footprint. But that’s in decades to come, perhaps at its earliest in 2030.

To hear about diamond rain in other places in the solar system, click here: