Scientists Attempt to Reanimate the Brain Dead — What Could Go Wrong?

Scientists will combine stem cells, lasers, and other techniques to (hopefully) reanimate the brain stems of 20 brain dead patients. The technique has promise, and perhaps unforeseen pitfalls. 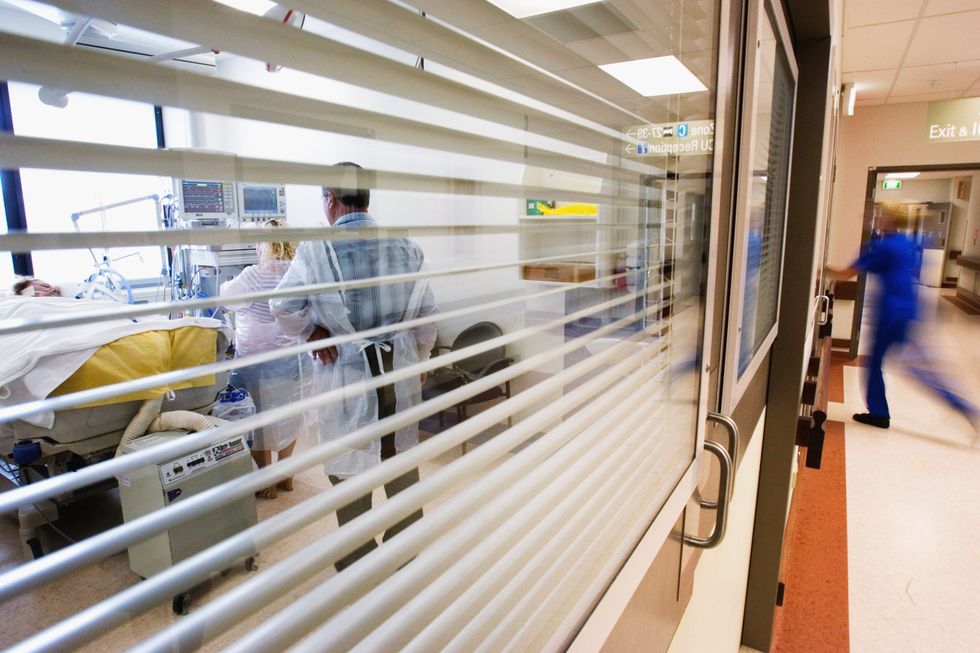 Imagine this, your loved one gets into a serious accident. You and your family gather at the hospital. In the I.C.U. the doctor makes a grim announcement, they‘re brain dead. It is highly unlikely they will ever come out of a vegetative state. Today, there is no way past such horror, save for a miracle. But if one biotech firm has its way, soon doctors would be able to regrow the person’s brain, using a new procedure and a host of technologies, which could theoretically restore them to who they were before. Even so, there are lots of questions and ethical dilemmas surrounding this procedure, and the advancements it may someday thrust upon the world.

The idea originates from nature, as certain fish and amphibians can actually heal whole sections of the brain, brain stem, and other portions of the central nervous system, even after significant injury. Scientists believe they can someday mimic this process in human patients.

This study surrounds Bioquark, Inc., a Philadelphia-based company, who has received ethical approval by a U.S. and Indian Institutional Review Board. Bioquark will collaborate with Revita Life Sciences, led by famed specialist Dr. Himanshu Bansaa. The team will run a pilot study of 20 clinically brain dead patients, each having suffered a traumatic brain injury (TBI). Taking place at Anupam Hospital in India, Bioquark is currently recruiting patients for the study, expected to take place over six weeks.

Traumatic brain injury under an MRI.

Known as the “Reanima Project,” several different therapies will be employed in combination, including stem cells injected into the brain to try and regrow damaged portions, lasers, nerve stimulation techniques—which have been successful in waking patients out of a coma, and a combination of different peptides. The peptides will be introduced daily through a spinal cord pump, and the stem cells injected every other week. The patients will be evaluated and monitored for months with brain imaging technology and an EEG to see if the brain, particularly the upper spinal cord or lower brain stem region, is regenerated. This is the oldest part of the brain which controls breathing and heartbeat.

The CEO of Bioquark Inc. Dr. Ira Pastor, said in a statement that this was the first step toward the “eventual reversal of death in our lifetime.” He believes they will achieve results within the first couple of months or so. This is the seminal stage, a “proof of concept” study. If you are afraid of the zombie apocalypse, Dr. Pastor says a common sense protocol, adopted industry-wide, should avoid any nasty scenarios from taking place. But every technology or advanced method is always thought ironclad at the onset. He believes this study will show that brain death is recoverable. Dr. Bansal has attempted a similar procedure on two brain dead patients, one in Europe and another in the Persian Gulf. They are currently in a “minimal conscious state,” but may still come out of it.

According to Dr. Bansal, "We are now trying to create a definitive study in 20 subjects and prove that the brain death is reversible. This will open the door for future research and especially for people who lose their dear ones suddenly." Brain stem death is defined as the loss of such functions as breathing and consciousness. When a person’s brain stem has stopped functioning, there is no chance for recovery, as it stands.

Model of the human brain. The Reanima Project aims to regrow parts of the brain stem.

Those on life support deemed brain dead still have active bodies which grow, mature, heal, digest, circulate blood, and excrete waste. A woman can even gestate and deliver a baby in this state. Some new studies suggest that even after brain death, blood flow and limited electrical activity take place inside the brain. But it isn’t enough to repair the damage, nor live without life support.

Dr. Sergei Paylian is the founder, president, and chief science officer of Bioquark Inc. He said that this experiment is not only important in developing our understanding of brain death, but also the vegetative and minimally conscious states, coma, and even neurodegenerative conditions, like Parkinson’s and Alzheimer’s. Critics urge that though these areas may not be irreparable, one pilot study is far from a complete neurological transformation. Truly it will take years or even decades for such a technique to be refined, should it even work.

Beyond that, advancements in science are always a mixed blessing. The splitting of the atom brought the microwave, the horrors of Hiroshima and Nagasaki, and generations afterward living under constant fear of nuclear annihilation. The internal combustion engine has wrought the transportation industry and climate change. What could reanimating a human brain after such trauma ultimately produce?

One wonders if neurons will grow back exactly as they were, or will the person be a blank slate? The attempt will try and engage a functional epimorphic event. Epimorphic cells are those that can wipe their memory banks clean and start anew. So is this what will happen with the brain dead, should their brains be neuro-regenerated? Think of the emotional trauma to families who aren’t recognized by a healed loved one, not to mention the trauma to the person themselves? Will adults be like walking babies and need to relearn everything over again? Will it be like with amnesia? There’s no way to tell at this point.

And what if it did restore one’s memory in total? Does this create a scenario which when coupled with other technologies, could usher in an age of immortality? Though fanciful, it could seal the planet’s doom, as without periodic segments dying off, resources would quickly be depleted, not to mention the vast implications for war, politics, the workforce, social justice, and many other sectors. Of course we can speculate good and bad scenarios, but no one knows for sure until the Reanima Project and its progeny are complete, perhaps decades from now. The seeds of utopia or an utter hellscape could soon be sitting in 20 heads in a hospital in India.