Scholars May Have Reconstructed the Face of a Controversial Biblical Figure

The same technique is used by crime scene investigators in the FBI. 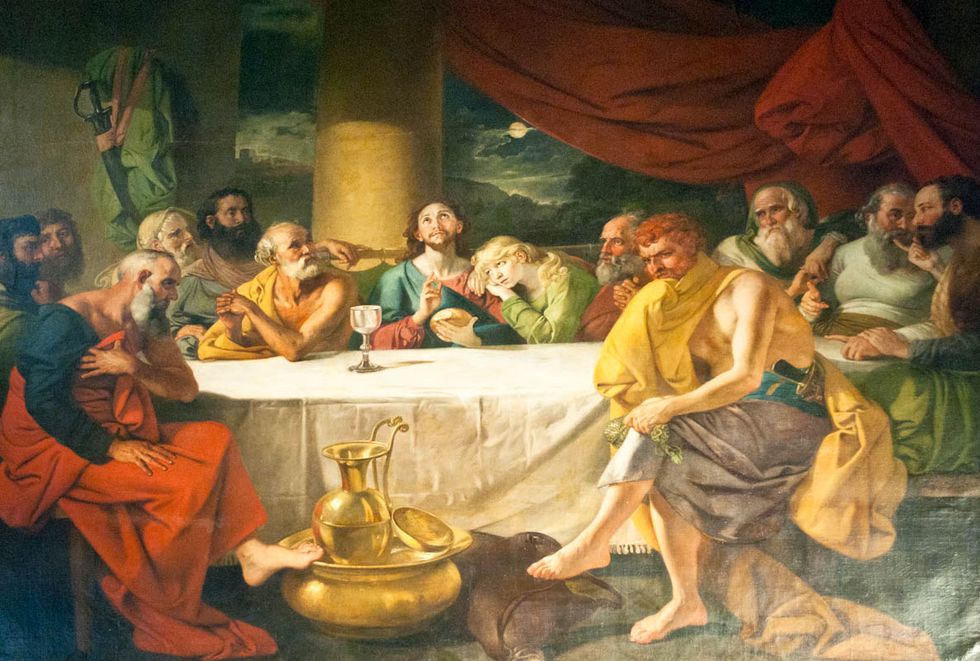 In Dan Brown’s bestseller The Da Vinci Code, Mary Magdalene, who is only obliquely mentioned in the Bible, takes center stage. The novel, which drew heavily from the book Holy Blood, Holy Grail, contends that the grail wasn’t actually a cup but rather Mary herself, who held the blood of Christ in her womb, as in, his children. She was the wife of Jesus in this view and carried on his bloodline after his death, in France.

Unfortunately, Holy Blood, Holy Grail doesn’t provide very strong evidence. The documents that its weak theory rested upon were debunked by a 1996 BBC documentary and several French books. But that hasn’t stopped the propagation of the hoax. And reports on this project may resurrect it.

A skull kept deep inside a French basilica house, said to be Mary Magdalene’s, has been brought to light so to speak, as an artist and scientist have teamed up and reconstructed her face, showing what she would have looked like when she was alive. Biological anthropologist Philippe Charlier of the University of Versailles, openly admits they can’t prove it was the biblical figure.

The skull and some bones are housed in a crypt below the basilica house. Forensic artist Philippe Froesch worked together with Charlier to reconstruct her visage. Froesch said the same technique is used by crime scene investigators at the FBI. The two Philippe’s didn’t actually get access to the skull itself. It was last studied in 1974. Since then, it’s been housed in a glass box inside the crypt.

They took photos of it from all different angles, and gained access to those which were taken during the last study. 500 photographs in total were used. From this, the artist constructed a 3D image. Froesch said it “was very emotional work for us.” The bone structure, cheek bones, and skull size all played a role. According to Froesch and Charlier, the remains indicated this was a 50-year-old woman of Mediterranean descent.

They got the shape of the nose using traits from her remains interpreted through trigonometric ratios. The hair was easy to reproduce: there was still some of it around. She had dark, brown hair. The skin tone was selected based on what’s typical for women of the region and other traits were subject to interpretation.

The only evidence we actually have of Mary of Magdalene is from the Bible. Magdalene is a small village on the Sea of Galilee. Most of the books of the New Testament that feature her show her as a devoted follower of Jesus.

Fifth century accounts besmirched her as a prostitute. Some speculate the smear campaign was in response to Magdalene’s stature as a key figure who helped shape early Christianity. Over the centuries Magdalene has been depicted in a variety of ways including as a nun, mystic, feminist, and as a symbol of repentance or devotion.

She is present in all major parts of the New Testament. Magdalene is even the first witness to the Resurrection. One perennial topic of exploration for scholars is whether or not she was the "apostle to the apostles." What’s for sure, Magdalene was even ordered to go forth and preach the gospel just as the others were, just before the Ascension.

Watch the reconstruction at National Geographic.

Though proud of their work, Charlier wishes he could study what’s known as the Saint Maximin skull, outside of its trappings. To see if it belonged to the biblical figure, a little piece would need to be removed in order to carbon date it. While genetic testing would allow us to see from which geographic region it originally hails. Up until now, the Catholic Church has disallowed such tests on the relic. Froesch and Charlier said they may try in the future to reconstruct her whole body, using the remaining bones found in the crypt.

This isn’t the only location in France rumored to be the resting place of Magdalene. Five others have been identified since the late 1200s. While in 2007, director James Cameron did a special for The Discovery Channel entitled, The Lost Tomb of Jesus. It claimed ossuaries of Jesus, Mary Magdalene—thought by some to be his wife, and their children, were found entombed in the East Talpiyot neighborhood of Jerusalem. The tomb was discovered during a construction project in 1980. Thus far, no compelling scientific evidence to support any of these claims has been produced.