Seems our ancient ancestors were gettin’ jiggy with lots of other hominin species. 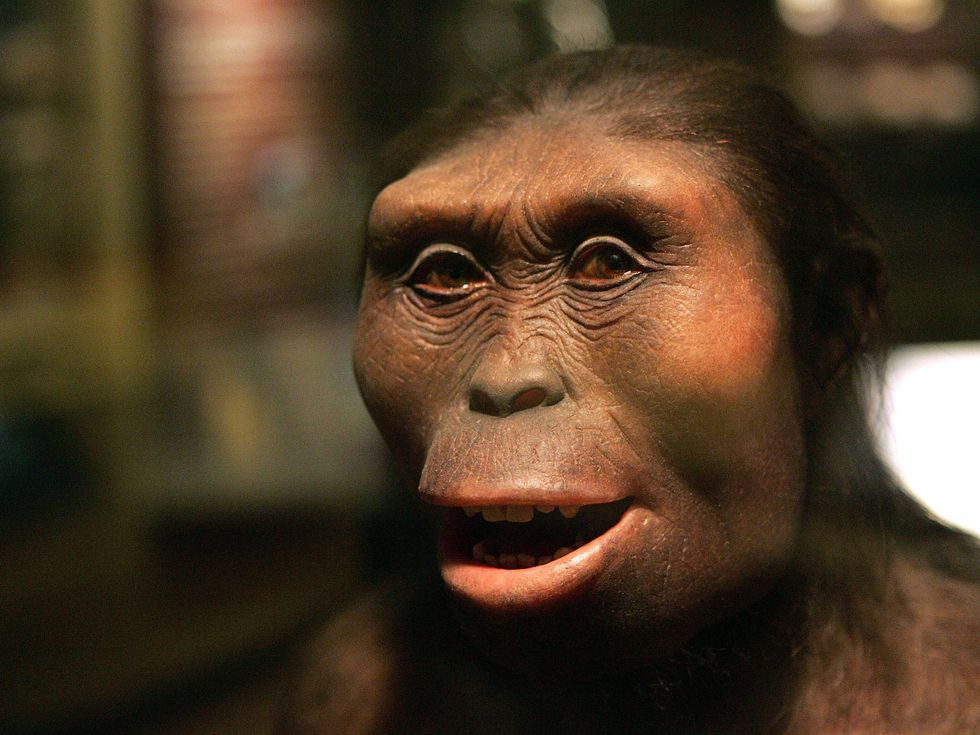 It sounds unseemly. Our early ancestors were having trysts with members of lots of other hominin species. 20% or more of the Neanderthal genome may be found in a large swath of modern humans today. If you suffer from seasonal allergies for instance, you may be part Neanderthal. More recently, we’ve found Denisovan genes are still present as well. This archaic hominin was discovered in 2008.

Two tiny fossils, a molar and a pinky bone the size of a coffee bean, were excavated from Denisova cave in Siberia. The pinky bone was from a young girl, somewhere between the ages of five and seven. Scientists believe based on the genetic information found that she had brown skin, eyes, and hair.

Researchers were able to sequence the DNA, and so compare Denisovans to Neanderthals and humans. Turns out, it isn’t only Neanderthal DNA that’s being carried around today. 3-5% of Papua New Guineans carry Denisovan genes. It’s prominent among the Melanesian there.

It’s thought the Melanesian's early ancestors and the Denisovans must have met somewhere in Eurasia, perhaps in Siberia. The Melanesians traveled for sometime afterward. Until 45,000 years-ago, when they sailed across the Pacific to the island nation they inhabit today.

We know that humans, Neanderthals, and Denisovans had a common ancestor named Homo heidelbergensis, who lived 700,000 to 200,000 years ago. H. heidelbergensis had a short, wide body which preserved heat. As such, it was the first hominin who was able to live in colder climates.

H. heidelbergensis was no slouch. It used spears for hunting and had fire. It was also the first to make shelters out of rocks or stones, and the first to hunt large game. Somewhere around 300,000 to 400,000 years ago, a group of them migrated out of Africa. Sometime after that, it split off into Neanderthals and Denisovans. While Neanderthals settled in Europe and Western Asia, Denisovans migrated to central and Southeast Asia, traveling as far as the Pacific Islands and even Australia.

Somewhere around 130,000 years ago our ancestors, Homo sapiens, came onto the scene. Although, new evidence may push their arrival much farther back, to 300,000 years ago, according to a newly discovered skull, excavated from a cave in Morocco last June. Supposedly, humans didn’t start migrating out of Africa in large numbers until 125,000-60,000 years ago. Some scholars believe a smaller, earlier migration took place before the larger one.

Hominin migration as we understand it today. Wikipedia Commons.

That’s pretty much our understanding at this point. In recent years, early human and hominin history has endured a seismic shakeup of new discoveries and whole disciplines are struggling to keep up. For instance, the remains of pre-human from 7.2 million years ago were recently unearthed in the Balkans and Greece. What this means for our evolutionary timeline, we don’t yet know.

Now a team of experts, led by two professors at the University of Buffalo, report findings that fragment our understanding even further. They’ve isolated a gene from an ancient hominin species we’ve never encountered before. It’s some kind of genetic missing link. The gene known as MUC7 is present in the saliva of all humans. But it’s radically different from one lineage to the next.

Members of this “ghost” species as it‘s being called, mated with the ancestors of certain humans, living in Sub-Saharan Africa, way before others got it on with Neanderthals and Denisovans. Of course, genes really make proteins, which make up everything else. "About 5 to 7 percent of every population in sub-Saharan Africa has this divergent protein," Dr. Omer Gokcumen said. He’s an assistant professor of biological sciences in the University at Buffalo.

He and a colleague, Professor Stefan Ruhl, DDS, PhD, of the School of Dental Medicine, led the study. The results were published in the journal Molecular Biology and Evolution. Dr. Gokcumen said that rather than the exception, early hominin admixing or interbreeding, seems to have been the norm.

“Our research traced the evolution of an important mucin protein called MUC7 that is found in saliva,” he said. “When we looked at the history of the gene that codes for the protein, we see the signature of archaic admixture in modern day Sub-Saharan African populations.”

MUC7 is the gene which produces mucin, the substance that makes saliva thick and sticky. As such, it binds to microbes in an effort to protect the body from infection.  Not all of the MUC7 genes are the same, however. It is these variations which can help scientists untangle the different strains leading to different lineages.

Researchers examined MUC7 within the genomes of 2,500 participants. Those from Sub-Saharan Africa had a type that varied considerably from those from other regions. The gene was so different in fact, Neanderthal and Denisovan genomes were more closely aligned with ours more than this variety. The evolutionary path of us and this “ghost” ancestor split 500,000 to 2.5 million years ago. Our ancestors are thought to have admixed with them somewhere between 200,000 and 150,000 years ago.

Based on our analysis, the most plausible explanation for this extreme variation is archaic introgression — the introduction of genetic material from a ‘ghost’ species of ancient hominins. This unknown human relative could be a species that has been discovered, such as a subspecies of Homo erectus, or an undiscovered hominin. We call it a ‘ghost’ species because we don’t have the fossils.

Mating with other species may have served an evolutionary purpose. For instance, Neanderthals were already well suited for the cold weather by the time humans got to Europe and Western Asia. Mating with them passed along those genetic advantages to the offspring.

Trained dogs can detect cancer and other diseases by smell. Could a device do the same?

Numerous studies have shown that trained dogs can detect many kinds of disease — including lung, breast, ovarian, bladder, and prostate cancers, and possibly Covid-19 — simply through smell. In some cases, involving prostate cancer for example, the dogs had a 99 percent success rate in detecting the disease by sniffing patients' urine samples.

Their goal is a digital model of the Earth that depicts climate change in all of its complexity.