Astrobiologists took a novel view and used evolutionary processes as their guide. 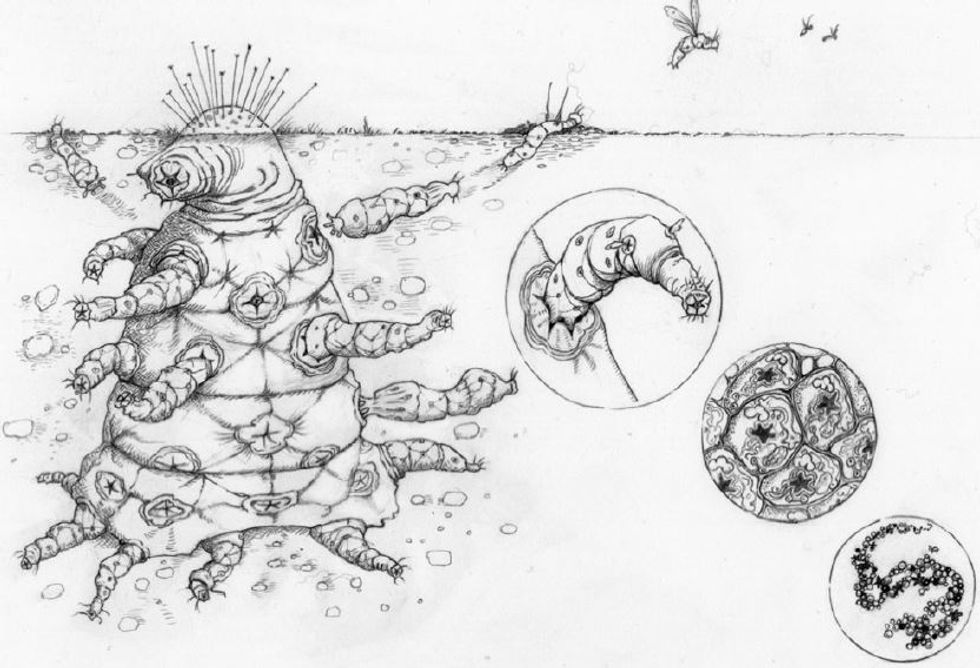 Credit: The International Journal of Astrobiology.

Artists, science fiction writers, and others have offered varying speculations about what life might be like on other planets. In the earliest days this focus was on Martians and “men on the moon.” The grays are the iteration we’re most familiar with, you know the stereotypical gray-skinned alien with the elongated head and black, soulless eyes. Ridley Scott, George Lucas, Stephen Spielberg, and so many others have offered their own, unique visions.

In real life, a few experts believe we’ll discover alien life forms within the next couple of decades, including astronomy researcher Chris Impey and senior SETI astronomer Seth Shostak. Others, like Neil deGrasse Tyson, say we may find something like bacteria, under the frozen seas of gas giant moons like Titan, Enceladus, or Europa. But it’s unlikely we’ll be shaking hands with E.T. Or tentacles. Or whatever they have.

The issue for Tyson is that space is astronomically large. Despite advanced technology, we just might be too far away from one another. Time might also be a factor. The advanced alien civilization we’re looking for may either have lived too long ago or aren’t around yet. In the latter scenario, we’re one of the first intelligent life forms to inhabit the universe.

Whether we’ll find sophisticated aliens soon or not, many scientists believe they’re out there. There are just too many Earth-like planets. The Milky Way alone is replete with hundreds of thousands of planets in the inhabitable zone, or more. So if they’re out there, or once were, what might they look like?

Oxford University researchers just wrapped up a study to answer this very question. Their findings were published in the International Journal of Astrobiology. Astrobiology is the study of life elsewhere in the cosmos.

Oxford researchers speculate upon what alien life might look like on another planet. Credit: The International Journal of Astrobiology.

Scientists write that it wasn’t easy making such predictions. Previous speculations employed biology, chemistry, or physics to draw conclusions, a so-called mechanical view. Here, they focused instead on evolutionary processes such as natural selection.

They wanted an approach that wasn’t tethered to our planet’s details. A small number of events caused life on Earth to grow ever more complex. If we can assume life on other planets evolved in a similar way, we can make inferences about them, this line of thinking goes.

Such events are known as “major transitions in individuality,” according to the study. One such event is “when groups of individuals come together to form a new higher level of the individual, such as when single-celled organisms evolved into multicellular organisms.” This took place around roughly 600 million years ago.

Another example is when sexual reproduction came onto the scene. There are only a few such events and they come about when an organism slams up against extreme conditions and must find a way around them. The astrobiologists also made inferences about how biological complexity may come about in space.

How close are aliens in science fiction to those which might truly live? Credit: Getty Images.

Sam Levin is a zoology researcher at Oxford. He began this speculation by pondering what life on other planets might be like. “In our paper,” he said, “we offer an alternative approach, which is to use evolutionary theory to make predictions that are independent of Earth's details. This is a useful approach, because theoretical predictions will apply to aliens that are silicon based, do not have DNA, and breathe nitrogen, for example.”

Levin said he and colleague theorized based on assumed biological makeup. “We still can't say whether aliens will walk on two legs or have big green eyes,” he said. “But we believe evolutionary theory offers a unique additional tool for trying to understand what aliens will be like, and we have shown some examples of the kinds of strong predictions we can make with it.”

Dr. Levin added, “We predict that they are made-up of a hierarchy of entities, which all cooperate to produce an alien. At each level of the organism there will be mechanisms in place to eliminate conflict, maintain cooperation, and keep the organism functioning. We can even offer some examples of what these mechanisms will be.” We may not yet know whether we’re alone in the universe or not. But if we aren’t, here’s a good guess on what our neighbors might look like.