Microsoft Plans to Have a DNA-Based Computer by 2020

It’s durable, exponentially scalable, and it’ll last millennia, if not millions of years. 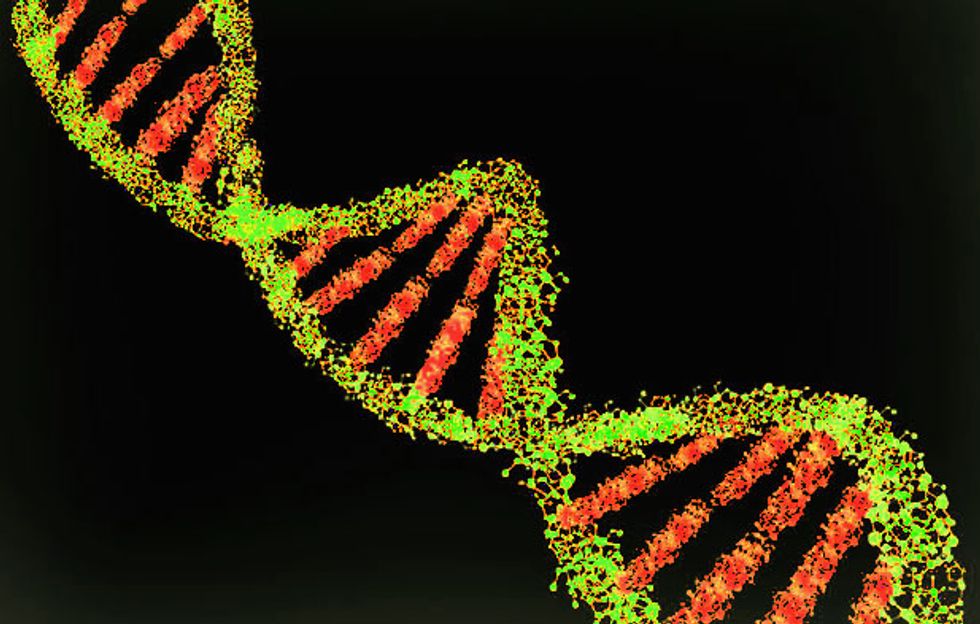 Moore’s Law will run out soon. This is the idea that computer processing power doubles every 18 months. Some scientists say they can even see our progress beginning to slow. The microchip can only get so small. At a certain point, the silicon will be too small and thin for the heat it’ll endure and it’ll fry itself. That’s troubling. A lack of progress on this front could bring the swift velocity at which technology is progressing to a screeching halt.

So what will replace the microchip? How about DNA? Researchers have already saved a movie, a computer virus, an Amazon gift card, and more, on the “building blocks of life.” Currently, China has the world’s fastest supercomputer, known as the 93 petaflop Sunway TaihuLight. It can make 93,000 trillion calculations per second. The TaihuLight has 64 kilobytes of memory (64,000 bytes). Meanwhile, the human brain, arguably the most advanced computer ever, is estimated at one terabyte (1 trillion bytes) of memory.

The TaihuLight contains 41,000 chips, each with 260 processor cores, for a total of 10.65 million cores. The design isn’t practical for mass market use. What about DNA, how does it measure up? In 2012, researchers at Harvard’s Wyss Institute stuck 700 terabytes of data into one single gram (0.03 oz.) of DNA.

Scientists estimate that DNA could hold 455 exabytes of data in all. An exabyte equals a quintillion bytes or 1 billion gigabytes. Since DNA is so densely packed, you could fit all of the world’s information on four grams (0.14 oz.) of DNA, a mere teaspoon full.

DNA allows nature to jam-pack a lot of information into a tiny space. It’s fortunate that the nucleotide bases that make up DNA can easily be converted into binary code. Here, “A” (adenine) and “C” (cytosine) represent 0, and “G” (guanine) and “T” (thymine) represent 1.

Just four nucleotides are mere atoms wide. So you get the sense of how much you can pack in at this scale. We should be able to get one zettabyte, or a trillion gigabytes of storage, out of DNA in all, a mind-boggling figure.

If fossils have proven anything it’s that, DNA is incredibly durable, lasting millennia. Kept at subzero temperatures, it could last millions of years. Say we wipe out the human race and an intelligent extraterrestrial race came along at some point in the future. They might be able to decipher all of the information left behind by our species, in a package they’d likely recognize.

If kept at subzero temperatures, data saved on DNA could last millions of years. Getty Images.

So how does DNA computing work? Researchers using advanced algorithms translate data from computer language into DNA. Then to read it, the computer sequences the DNA.

Last year, Swiss researchers found a way to preserve DNA in silicon, much like a fossil, in order to protect it. While scientists at the University of Manchester, led by Prof. Ross D. King, created self-replicating DNA computers which grow as they go, to allow for tons more processing power, while using far less electricity. Scientists can easily build redundancies into the system too, making it more stable.

Now, Microsoft Research has announced that it will usher in an operational DNA-based computer by 2020. The plan is, according to partner architect Doug Carmean, a “proto-commercial system in three years storing some amount of data on DNA in one of our data centers, for at least a boutique application.” So you may be storing your information in a DNA-based cloud in the beginning of the next decade.

The first model is expected to be the size of one of a 1970’s Xerox machine. Carmean told MIT Technology Review, “We hope to get it branded as ‘Your Storage with DNA.’” At first, the system is expected to only store really important information, such as medical records or police body-cam videos. Microsoft set a record last July, when it saved 200 megabytes of data directly onto DNA, a record.

Another obstacle, it’s incredibly expensive. Microsoft’s experiment used 13,448,372 individual pieces of DNA, which on the open market would cost $800,000. But getting it isn’t enough. Encoding just one megabyte of data costs another $12,500.

That’s to say nothing of retrieving information. Sequencing costs about the same as encoding. One thing is, the price has dropped dramatically in recent years, and is likely to continue. But it’s still not enough to make the process practical. Microsoft hasn’t announced any progress on the price front, but it may have something up its sleeve.

Though DNA-based computers are on the horizon, experts agree that the ultimate development would be quantum computing. This system would operate by holding quantum particles in superposition, or in two states at once, allowing for them to represent both 0 and 1 simultaneously. This would increase the calculation speed of certain operations exponentially.

The drawback is one cannot save anything on a quantum computer, due to what’s known as the “no cloning theorem.” A DNA-quantum hybrid may be the answer.