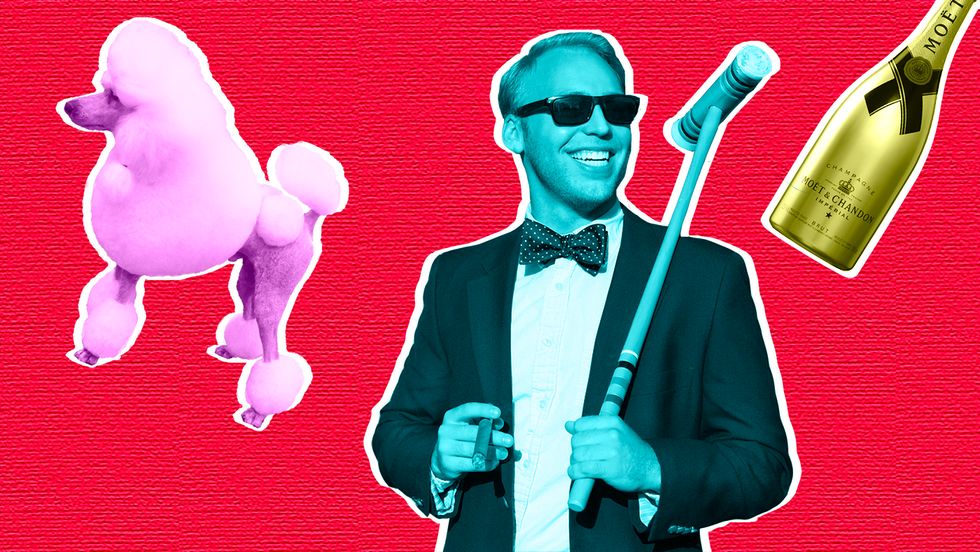 It’s part of the American ethos, hard work pays off. We believe we live in a meritocracy, where anyone with the gumption, grit, and determination can make it, no matter what obstacles lie in their way. But with income inequality at an all-time high in the US and most other developed countries, people are starting to question whether or not meritocracy exists at all. A 2015 Harvard Institute of Politics poll found that 48% of millennials believe the American dream is dead. A growing number of them are even feeling sunnier about socialism, which is indeed is a specter among the more conservative-minded. That doesn’t mean a belief in unfettered, free market capitalism is completely dead, yet.

Some evangelical ministers today continue to preach the prosperity gospel. This is a uniquely American concept which states that those who are wealthy have been predestined to be “saved” by the creator. The idea stems all the way back to the Puritans. According to them, the way you could tell who was saved from the fiery pit was “outward signs of inner grace.” Being good-looking, effective, or prosperous meant you were going to heaven. But the Great Recession and its aftermath have damaged the concept of meritocracy and the prosperity gospel among the vast majority of young adults.

So what about those who are wealthy today? Did they really earn their place through the sweat of their brow, the cut of their jib, the brains in their head, and their unwavering determination? The answer is a definitive no. Rather than being gifted or special, the greatest determinant in acquiring vast wealth is merely being fortunate, according to a new analysis.

The prevailing ideology is that the super-rich have exceptional talent. This study says different. Image credit: Getty Images.

Three Italian scholars out of the University of Catania, using a computer model, wanted to find out if those who are rich got that way through talent or luck. Two were physicists, Alessandro Pluchino and Andrea Rapisarda, and the third was an economist, A. E. Biondo. Their first task was to take a computer model and fill it with aspects surrounding human talent. Then after feeding these into the machine, they showed it the ways in which people use those talents to advance themselves. Talent was defined as having intelligence, skills, a mindset for risk-taking, and so on. Then researchers imbued a number of fictitious candidates with such talents, along the standard level of deviation, a bell curve. Most people have an average level of talent, as you might expect. Then each individual’s progress was charted over a (simulated) 40-year career, to see what determined where they ended up, income-wise. The trajectory wasn’t straightforward. Besides allowing for a bump up due to luck, researchers added unlucky aspects, which might sink one’s career.

After the 40-year period, researchers set about determining who were the most successful and what led them to become so. They ran the experiment through the computer several times, to double-check outcomes. Yet, the results could’ve been easily predicted. The computer spit out what’s known as the power law, or the 80:20 rule. A famous concept in economics, the power law says no matter what economy you look at, almost everywhere, 20% of the people own 80% of the wealth. What's more, luck was the single greatest determinant in wealth acquisition.

All over the world, it seems that 20% of the people own 80% of the wealth, leaving the other 80% to fight over the remaining 20%. Image credit: Getty Images.

According to the authors of the study, “The largely dominant meritocratic paradigm of highly competitive Western cultures, is rooted in the belief that success is due mainly, if not exclusively, to personal qualities such as talent, intelligence, skills, smartness, efforts, willfulness, hard work or risk-taking.” While the authors admit that we do portend some of a person’s success to luck, more often than not, we downplay the role external forces play, though they may be the most significant. Meanwhile, we play up the contribution talent has. Researchers found that the vast majority of the top 20% aren’t the most talented. Rather, they’re exceedingly average. “Maximum success never coincides with the maximum talent, and vice-versa,” researchers wrote. The funny thing is, many in the know aren’t the least surprised. Important works on business have stated as much, such as the seminal Life and Death on the Corporate Battlefield: How Companies Win, Lose, and Survive, and last year’s Success and Luck: Good Fortune and the Myth of Meritocracy.

Even so, there’s a difference between anecdotal evidence from observing the business arena, and a computer model spitting out cold, hard facts. Income inequality is a growing problem in the US and most developed countries in the world. Today, the top 8 billionaires own more wealth than the bottom 3 some-odd billion people in the world. This study will likely be obfuscated by those who wish to maintain their wealth, status, and power. Yet, one wonders when the breaking point will come and how best to implement a more equitable division of resources among our species.

Want to hear what Warren Buffet and Jay-Z have to say on the issue? Click here: