If someone shares drugs with a friend and they die of an overdose, does that make them a killer?

More and more prosecutors across the US are going after the friends and family of those who die from a drug overdose. Is this practice morally acceptable? 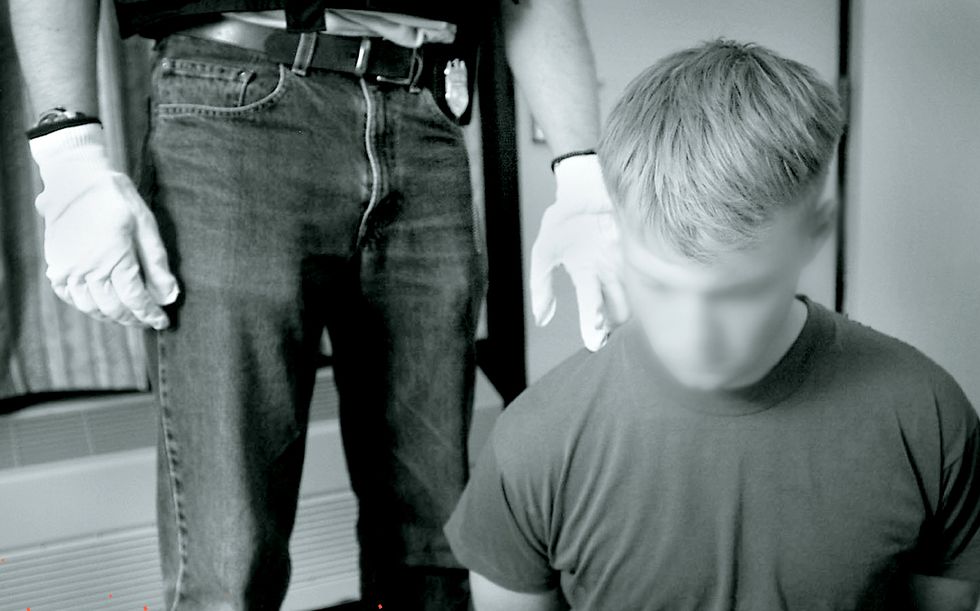 Consider the case of a Long Island woman who mailed her best friend drugs while he was on a business trip. He asked her to. The man overdosed and died in his hotel room. As a result, she got six years prison time. Is she really a murderer? Then, there's the case of the Florida man who thought he scored heroin and shared it with his girlfriend, only to find her dead. Turns out it was Fentanyl and she OD’ed. Is he responsible for her death? Many prosecutors across the country today are stating a resounding: yes. Drug-induced homicide laws are increasingly putting friends and family who share drugs or enable an addict behind bars.

The opioid epidemic appears entrenched and so far, it’s taking more lives than the bloodiest years of the Vietnam War. 1% of the American population was wiped out by an opioid overdose in 2016. The youth are the most impacted, as recent government statistics show opioid overdose is responsible for 20% of the deaths of young Americans, ages 25-34. Experts say addiction is a mental health issue, and not solely part of a person’s free will, which calls into question those who are themselves addicted and share drugs. How liable are they if the other person ODs?

It’s also very common that drug abuse is comorbid with a mental health disorder. Yet, the pervasive social stigma of drug abuse acts as a roadblock to commonsense policies that get results. For instance, safe injection sites and needle exchange programs have both been proven to drive down overdose rates. Even so, most Americans are against each policy. As the number of overdose deaths rise, prosecutors across the country are treating overdose deaths as a matter of homicide, rather than a tragedy brought on by the person’s illness.

Other drug addicts are sometimes the ones who find someone overdoses. Would such laws decrease the chance of them calling first responders and saving a life? Image credit: Wikipedia Commons.

In Louisiana in the midst of the crack cocaine epidemic, the murder law changed. On the books since 1987, the law today states that anyone who distributes drugs to someone which results in an overdose death, regardless of the reason or circumstance, is liable for intent. Similar laws are on the books in many other states. In the past, prosecutors have gone after the drug dealer who sold the substance to the person. Nowadays, often the one who shared it—be it a friend or family member, maliciously or not, is held liable. Consider the case of 23-year-old Joshua Lore, who was charged with second-degree murder after he unwittingly prepared a lethal dose of heroin for his friend and fellow user, Kody Woods. Other cases include 20-somethings sharing opioids at a party, and a son who gave his mother heroin after her pain medication ran out. According to The New York Times, there’s a divide among prosecutors. Many do see addiction as a public health issue. That said, some argue that drug-induced homicide laws will help a person hit bottom and seek help sooner, reduce the amount of dealing done in their communities, and inhibit the curious from trying such drugs. Other prosecutors say while a drug-induced homicide law is a tool available, prevention and treatment should be getting more focus and resources.

There’s a social element here, too. When communities are hurting after the OD of a favorite son or daughter, sometimes they feel they need someone to pay. Meanwhile, drug advocates say the money put towards prosecuting, convicting, and housing a person, would be better spent on treatment and recovery. Oftentimes, those who end up in jail find their addiction gets worse. Few state prisons offer effective treatment programs while in most, drugs are widely available.

Would the money spent to incarcerate those addicted be better spent on recovery and treatment, even if the recidivism rates are high? Image credit: Getty Images.

The Times found evidence of drug-induced homicide prosecutions in 36 states. They looked at the 15 who kept records. Times reporters found that the number of cases almost doubled from 2015-2017, while in Minnesota, such cases quadrupled in just over a decade. Charges ran from involuntary manslaughter to second-degree murder. It’s time to start having a national conversation about this phenomenon. Is this a violation of rights or a commonsense practice which can help fight the opioid crisis? Where do we draw the line?