A new study finds that even one season of football can affect a child’s brain. But soccer isn’t safe, either. 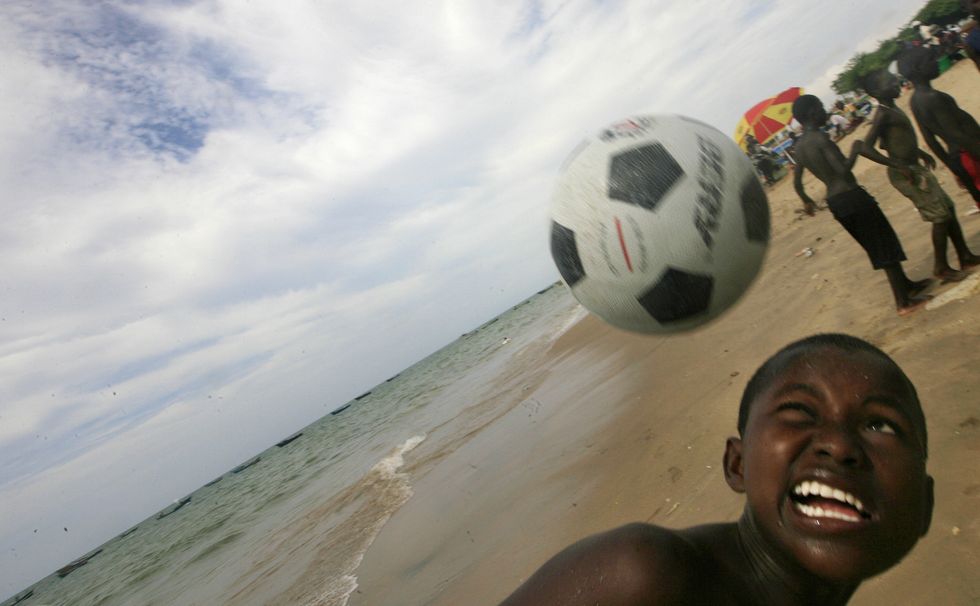 Most children are expected to play team sports, whether they are athletic or not. Usually, sports are thought to instill character traits like fair play, grit, teamwork, and hustle. Not only that, but in the US and indeed many nations around the world, childhood obesity is a serious and growing problem. You would think sports were the best way to combat this. Some studies have even pointed to physical activity and recess helping to soothe the symptoms of ADHD, anxiety, depression, and more.

But sports aren’t a panacea and, in some instances, they can make a child’s life worse, and not just in the social sense, say the ridicule for performing badly, or the mortification that comes with being the last one picked for a team. 250,000 children and teens are sent to emergency rooms each year for serious sports-related head injuries, according to the CDC. These were either concussions or traumatic brain injury (TBI).

Much has been reported lately on the irreparable damage done to the brains of professional football players in the aftermath of their careers. A concussion can have aftereffects that echo on for months, even years afterward. But children and adolescents have developing brains, which may be more fragile. A new study out of the Wake Forest School of Medicine in North Carolina, finds that a child’s brain is altered after playing just one season of football.

Alterations in a child’s brain occur with multiple impacts to the head. But are these permanent?

Dr. Christopher Whitlow is the chief of neuroradiology there, and was the lead researcher in this study. He and colleagues recruited 25 football players between the ages of eight and thirteen. This was a look at repeated impacts to the head that don’t end in concussion. According to Dr. Whitlow, hundreds of such blows occur in just a single season, during normal play.

To conduct the study, each participant was fitted with a special helmet to track how many impacts to the head they received over the course of a season. They also underwent MRI testing at the onset and the end of the study. The more impacts a child received, the greater the changes to the white matter of their brain, researchers found. White matter interacts with other parts of the brain. Damage to it can result in cognitive dysfunction, and personality or behavior changes.

So far, the team has proven that such impacts change white matter. How they change it and if it leads to any issues is unknown. Whitlow and researchers aren’t sure how long such alterations last. “We don’t know if a couple weeks after the season ends, they go away,” he said. These changes are very subtle and wouldn’t have even been recognized if MRI’s from before and after the season were not compared. Follow-up studies will see how long these changes last and if they alter the player’s personality or cognitive abilities. A long-term study, lasting five years, is required to acquire that data, according to Whitlow.

Should you take your child out of football and put him or her into say soccer instead, a sport with little contact? Not necessarily. "Football is a physical sport, and players may have many physical changes after a season of play that completely resolve,” Whitlow said. “These changes in the brain may also simply resolve with little consequence. However, more research is needed to understand the meaning of these changes to the long-term health of our youngest athletes."

Though soccer may seem safer in some ways, it is by no means safe.

Soccer isn’t exactly safe either. A new study finds that heading the soccer ball may also impair a player’s brain. Published in the journal EBioMedicine, researchers discovered that heading can result in temporary memory impairment and even an imbalance in brain chemistry.

Recruited players each had to hit a soccer ball with their head 20 times. The ball was fired from a machine meant to give the same velocity and force as a corner kick. Afterward, scientists used transcranial magnetic stimulation to measure the participants’ brain chemistry. The biochemical GABA responsible for motor skills was suppressed. They also ran a series of tests to understand the effect on memory and cognitive functioning.

Memory performance reduced 41-67%. But this wasn’t permanent. Each player’s memory returned to normal within 24 hours. Unfortunately, researchers don’t know the long-term effects of multiple impacts, say over the course of a season. The next study will use brain scans to see if there is any temporary or even long-term damage to structures of the brain.

So does that mean children shouldn’t play soccer either? By and large, soccer is a safe game. Children and teens should perhaps be discouraged from heading the ball. But there certainly is not enough evidence to block children from playing these sports outright. In comparing the two, soccer is perhaps the less prone to repeated blows to the head. For the most part in soccer, heading can be avoided. While with football, running at someone headfirst at full speed repeatedly is sort of the point.

To learn more about how youth football is changing, watch here: