Risks abound for those plucky few willing to put their lives on the line to populate the Red Planet. 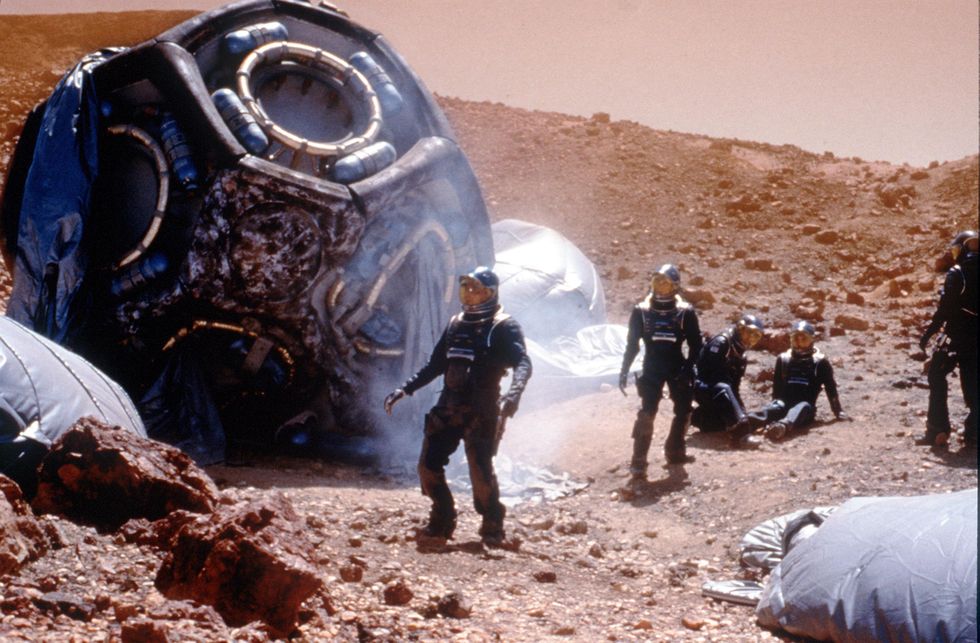 Anyone with any serious interest in science fiction has come across the novels of Philip K. Dick. Many have spawned Hollywood movies such as Blade Runner and Minority Report, and TV shows such as The Man in the High Castle, and the recently announced Electric Dreams. In Dick’s novels, brand new colonies on other planets are grim and depressing, with colonists dying off, or enduring hardships and deprivations, and going to great lengths to find distractions from their hovels and the horrors they encounter.

Despite this, so far, more than 100,000 have signed up to help colonize Mars, each desiring to etch their name in the annals of history. Those scant few chosen will never return. They’re of course told this upfront. But do they really know the risks?

Lots of organizations including Mars One—a Dutch nonprofit, SpaceX, NASA, The European Space Agency (ESA), and Russia’s Roscosmos, have plans. Let’s look at two of the most prominent, as NASA’s plan is extra careful, inching humans toward low-Mars orbit by the 2030s, and a surface landing in the 2040s.

A private enterprise will likely beat them and other government organizations to it. Mars One is being financed initially through a successful crowdfunding campaign and colonist application fees. It was started by Dutch entrepreneurs in 2012. They plan to have a permanent base on the Red Planet by 2023.

Mars One’s plan starts off with a telecom orbiter in 2018. A “settlement rover” follows in 2020. This will prepare the habitat, including starting the oxygen creation process. The first astronauts should arrive in 2025, four of them.

Of the 100,000 and counting signed up, only 40 will be chosen. Each will be trained in colonizing skills for eight years. After the first batch, four more colonists will follow every two years, when Earth and Mars are at their closest point. The goal is a sustainable colony. The colonists and their gear will be transported by a SpaceX Falcon 9 Heavy rocket. Elon Musk has in his possession what looks to be the workhorse of the second space age.

After an eight month journey (five if new tech is used), each lander, carrying colonists and supplies, will plop down on the surface. The capsules will then be repurposed as shelters. Power is to be generated through solar panels. While the food supply will be replenished with each new arrival. Colonists can begin growing their own food too, hydroponically. Oxygen, water, nitrogen, and a host of other useful things can be collected from the planet. Water for instance, may be extracted from the soil, or the atmosphere.

Mars One plans to fund the venture through media coverage, a sort of reality TV show of colonists’ daily lives. "It will be bigger than the Olympic Games,” CEO Bas Lansdorp told CNN. And what if it turns into a real-life, horror story?

In September of last year, Elon Musk announced SpaceX’s plan. He started out by saying that humans have two choices, eventually going extinct, or becoming an interplanetary species. Going right now would be expensive, Musk said, running $10 billion a ticket. However, with sleek new, high-powered engines, carbon fiber fuel tanks—which are strong but incredibly light, and reusable rockets, he believes he can bring the cost down to $200,000 per person.

You’d have the ride of a lifetime. Sometime around 2027, one hundred colonists will perch atop a rocket as high as a 40-story building. After blasting through the atmosphere at tens of thousands of miles per hour, the rocket will return to Earth, picking up fuel to refuel the vessel. It’ll go through this process several times. Then, you’d spend the next several months traveling at 19,014 mph. You’d cover approx. 140 million miles of space, farther than any human has traveled before.

Musk pictures colonists spending time playing video games or hanging out at the ship’s pizza shop. One thing left out of this teen space drama, it’ll be impossible to shower, so it’ll smell bad. One might start to experience cabin fever as well, leading to irritability, depression, and fatigue. On the plus side, pizza in zero gravity.

The heat shields should protect you from reentry and the retro-propulsion, should-repeat-should, stop the vehicle and land it. At every point along the way, you and the crew had better do a lot of things to keep your spirits high. Because long-term isolation and confinement can cause depression, fatigue, stress, and a decline in cognition or morale.

With Musk’s plan, methane is gathered from Mars’s surface to fuel the ship’s return journey, thus cutting costs. The end game is to build a colossal metropolis on Mars, housing millions. That’ll take tens of thousands of trips and thousands of ships. Musk believes he can do it within a century. The first step is sending a Dragon 2 capsule to the Red Planet next year. Then SpaceX will shoot off another every 27 months, taking two or three tons of equipment with each trip.

The company is already doing a swift business launching satellites and resupplying the ISS. But according to Musk, these are just ways to finance Mars’s colonization. SpaceX doesn’t have the budget to do it all on their own. As such, the announcement was seen not merely as an unveiling, but a way to court investors. The company will need billions to make their vision a reality.

The first real worry is a safe landing. Only one-third of the missions to Mars have been successful, thus far. But even if you land okay and aren’t an emotional wreck, months in space means high exposure to cosmic rays. Working on the international space station is equivalent to working on a nuclear reactor.

Mars doesn’t have a magnetic field, so you’ll be exposed often, depending on what shielding is employed. This leads to a higher risk of cancer and Alzheimer’s. There’s a space suit designed at MIT which can protect against such radiation. But how well it’ll work on Mars, no one really knows.

Not only will this affect adults, but children born into the colony. Today, scientists warn against having children born beyond Earth. That’s not only due to radiation exposure but the difference in gravity. Mars has one-third the gravity of Earth.

This might cause motion sickness upon arrival, until colonists adjust. But the bigger problem is, we don’t know what low gravity would do to a developing fetus or a human child. Another problem is a low gravity environment causes bones to weaken. Without a significant pull, the body slowly strips nutrients from the bones, at a little over 1% per month.

Astronauts on the International Space Station work out all the time to maintain muscle and bone density. One plus though, the lack of gravity may give one superhuman strength, speed, and agility, at least compared to Earth. You could easily leap a car in a single bound.

Superpowers versus dying early, and making history versus depriving yourself of every luxury of Earth, including your family, your favorite foods (you’ll be eating mostly dried food), and the internet? That’s a lot to consider. If you’re still weighing a trip to Mars, best of luck. At least now you have a good idea of what you’d be up against.

To learn more about the Martian colonization process, click here: