Here’s a Bold New Strategy for Dealing with North Korea

Say it should fall. It’ll cost over $1 trillion to rehabilitate the nation. Who’s going to pay for that? 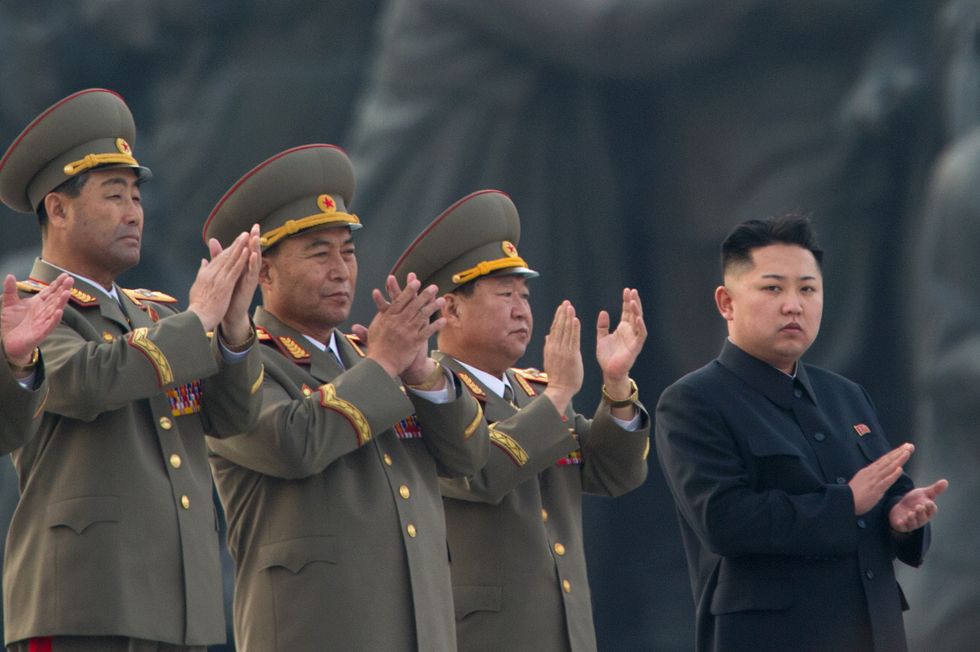 I lived in South Korea from 2009 to 2011 teaching English. Not much was said about North Korea at the time. My few fleeting interactions were as a tourist along the DMZ. After the Cheonan incident however, when a South Korean destroyer was allegedly sunk by a North Korean submarine, I became well aware that I was in a potentially dangerous place. But it was also what inspired me to take up my nights talking to and interviewing people about the conflict.

Recently, Secretary of State Rex Tillerson announced that the US would abandon the Obama administration’s North Korean policy of strategic patience. “All options are on the table,” he said, which means even a military strike. This was in the wake of the hermit kingdom’s recent test firing of four intercontinental ballistic missiles (ICBMs), at once, into waters off of Japan. Japan has a missile defense system, but not one that can shoot down four missiles at once.

Tillerson said the US would be employing a Thaad missile defense system in South Korea as a consequence. Officials in Seoul are considering additional measures, such as specialized satellites or other missile defenses. Japan perhaps could be protected, but South Korea would face extensive damage, should war or even a skirmish, break out.

The biggest fear however is that soon, the Kim regime could have an ICBM capable of delivering a nuclear payload to the US mainland. Some experts say, they already have the capability to reach South Korea or Japan, with a nuclear warhead tipped missile. Meanwhile, beefing up of South Korea’s missile defense has angered China, who denounced the move.

China fears the deployment of more antimissile systems in the region. It could hedge China’s growing military presence, as well as its claims on disputed territory in the South China Sea. Some experts believe a Thaad missile net might even embolden the US to make a preemptive strike on North Korea.

The Kim regime may be insidious, but it isn’t stupid. It’s masterfully negotiated $30 billion out of the US since the first Bush administration, without changing its trajectory. There’s no reason to think the threat of a preemptive strike will do so.

The negotiating strategy it uses is called brinkmanship. It ratchets up tensions during key periods to strike fear in its enemies. Then it calms down, comes to the negotiating table, extorts aid, and eventually, recedes back into testing weapons and making bellicose statements. The regime is careful to come close to the line without ever crossing it.

It planned its test during at a sensitive time, politically. South Korea’s president just resigned over corruption and massive street protests. China is going through its “two sessions event,” where the bigwigs in the Chinese Communist Party come together to discuss issues.  And the Trump administration’s State Department has been hobbled, due to the resignation of Michael Flynn, a general mistrust of the White House, and other absences in key posts.

Even if there was a brilliant military strategy to surgically strike, without massive collateral damage, China would be resistant. It does not want a US friendly country right next door. Beyond that, it also fears millions of starving North Korean refugees flooding its border. Because of the complexities, many experts today are pivoting away from a “hard landing” or sudden Korean reunification, to a “soft landing” or a gradual one.

Sudden reunification would be a tremendous burden on the South. North Korea is 46 times poorer than its neighbor (Delisle. Pyongyang: A Journey in North Korea 2003). The country is severely stunted in terms of telecommunications and infrastructure. The buildings are crumbling. A widespread education program will be needed, to teach everything from democracy to how to shop at a supermarket. There’s widespread food insecurity, sickness, and malnutrition. A lot of money will need to be raised.

“Most analysts believe it would cost more than $1 trillion to rehabilitate the impoverished North Korean economy over the coming decades,” according to S. H. Jang. He’s a retired banker and former president of the Royal Asiatic Society, Korean Branch. The money can be procured via “…the World Bank, large loans, reparations from Japan…” and other sources. In the 1960’s, Japan paid reparations to South Korea for the atrocities it committed during the colonial period and World War II. North Korea has yet to receive its share.

But these sources won’t be enough. A sufficient percentage will have to come from the South Korean people themselves. A tax has been proposed. But today’s South Korean doesn’t have the family ties with North that the older generation had. It will be hard to convince taxpayers to foot the bill.

What’s more, the prejudice of the Korean War generation has been passed down in many cases to subsequent generations. This is evident in North Korean defectors enormous unemployment rate. In 2011, I interviewed Lee, Young-Hwan, lead researcher at the Citizens Alliance for North Korean Human Rights. He said most defectors in South Korea say they are from the countryside or China, before admitting to being North Korean.

Young-Hwan and defector Oh, Seh-Yek expressed another fear, a second Korean War. Almost no one agrees with the ideology North Koreans are forced-fed. But the propagandists have foreseen one thing. If it’s ever liberated and foreign investment allowed unfettered access, the North Korean people will be reduced to laborers, mostly mining and factory workers, for perhaps generations.

Although at first a blessing, the people will eventually come to view it as a form of colonization, one perpetrated by rich, greedy, capitalist invaders. Being such a hardened, militaristic society for so long, the North Koreans could rise up in rebellion. China possibly sees this and wants to avoid a war on its border.

A soft landing is the only sustainable model. How do we get there? Unfortunately, there are no good options. When it’s in the peaceful phase of its brinkmanship cycle, negotiators are expected to hold their noses and cut a deal, one that Pyongyang, sooner or later, will break. However, no one thought Iran could be brought to the negotiating table, and the Iran nuclear deal is by and large thought of as a success. The US should talk with North Korea without prerequisites. A mutual demilitarization arrangement should be hammered out. Washington or Seoul might sweeten the pot by offering economic incentives, if the Kim regime successfully complies.

Compliance must be validated by an independent, well-respected body or institution. For instance, the U.S. will remove South Korea from its nuclear umbrella as long as North Korea agrees to completely denuclearize and allow IAEA inspectors unfettered access to monitor the process. Beijing would like this deal too, and may pressure Pyongyang to go along with it.

Even if reunification occurred peacefully, the fear of a second Korean civil war looms. Getty Images.

Of course, failure to comply could result in something like a reintroduction of arms, such as a return of tactical nuclear weapons to the peninsula, to show Pyongyang that there are consequences to its actions. In addition to mutual disarmament, America and South Korea could provide North Korea with food aid, but also farming equipment, fertilizer and experts in modern farming techniques, to increase productivity. This could help to save the starving North Korean people in a sustainable, teach-a-man-to-fish, sort of way. Each demilitarization move on the regimes part could be followed on the US side, followed by an economic carrot.

There are signs that the Kim regime wants to break the holding pattern. In 2008 North Korean officials expressed interest in exporting textiles to U.S. companies, naming Walmart specifically. They also mentioned working together with U.S. companies to help develop their mining industry. In 2010 North Korea started its own international investment concern, a state development bank. It was foreseeing better relations with the U.S. and wanted to attract foreign investment. The only ones currently investing in it are the Chinese.

Giving generous financial incentives to get North Korea to demilitarize, may be making a deal with the devil. But its threat would be neutralized, horrific disasters and war averted, some of the suffering of its people alleviated, and Pyongyang would be less bellicose and would start developing, sustainably. Perhaps with a sack full of carrots and far weightier sticks, results can be achieved.

Some believe installing a moderate heir to the world's only dynastic, communist state, would garner results.