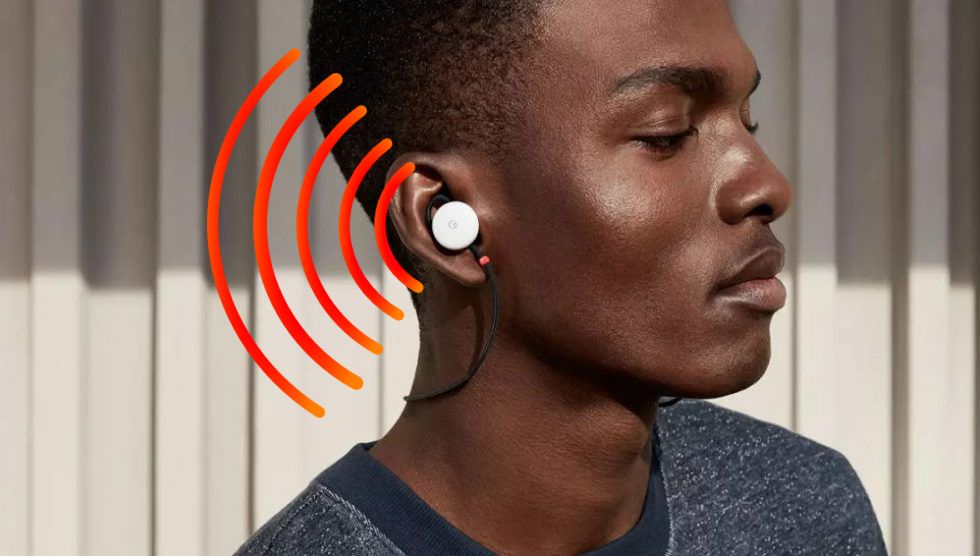 Back on Sept. 12 Apple announced the release dates of a slew of new products including the iWatch Series 3, Apple TV 4K, the iPhone 8, and by far the most anticipated item, the iPhone X (ten). iPhone X contains the highest density computer ever built, according to Apple—the world’s largest tech company. The biggest innovation with the phone was Face ID. This is the ability to unlock it by merely looking at it, as it carries facial recognition software.

Not to be outdone, rumors of some heavy hitting Google products thought to rival Apple's, have turned out to be spot on. At the Google Pixel 2 event, a press conference held in San Francisco on Oct. 4, the company revealed a treasure trove of goodies to compete with its Silicon Valley rival. All of the new gadgets combine hardware, software, and AI to better integrate into users' lives. One highlighted feature, the newly improved Google Assistant is purposefully interweaved throughout the constellation.

Google Pixel Buds are the search engine’s answer to Apple’s AirPods. These are wireless earbuds that put Google Assistant right in your ears. You can play, pause, increase or decrease volume, or swipe forward or back just by voice command. It can even translate 40 languages in real time. Retail price $159. They’ll be available this November.

This next one is a little creepy, at least to me. Google Clips is an AI controlled camera that you leave somewhere, say in your house, to take intimate candid photos all by itself. Say your baby takes its first steps or a loved one returns home after years overseas in the service. Google says it’s made to recognize and snap off goings on it finds “interesting.” Fortunately, you control the results. It’ll send photos, videos, even GIFs, to your phone via Wi-Fi.

Unlike the 2016 model, this one has a wider field of vision and fresh, new colors. It’s also $20 higher in price. The previous one only worked with about 25 apps, and could only be used with a Pixel. This model offers a better viewing experience, new content, and the 250 VR titles already offered by Google. It will even give you the ability to interact with an original, VR series on YouTube. The Daydream is available currently for pre-order at $99 and up.

The Google Home Mini is much like Google Home, a Hi-Fi speaker imbued with Google Assistant. It can turn the volume up or down, find your favorite song, tell you tomorrow’s weather, and even locate an inexpensive Mexican restaurant, just by speaking to it. The mini seems to do everything the larger model does. It has an LED underneath and comes in gray, orange, or black. While Google Home runs $129, the mini will be just $49, and available for purchase Oct. 19.

Rather than a smaller tabletop speaker, Google Home Max is a larger version of the original Google Home. But it’s 20 times more powerful. It can stand as well as sit horizontally. Meant to compete with Apple’s Homepod, the speaker comes with smart sound and Google Assistant, and works with Bluetooth and Cast. You can make hands-free calls with a Google Home. Got a bunch of these speakers? Make announcements house-wide like, “We’re leaving in 15 minutes!” Google Home Max will be available in black or gray. You can purchase it this December for $399.

The Pixelbook is a new Chromebook you can use as a laptop or a tablet. Simply swing the keyboard underneath the 12.3-inch screen. Weighing about the same as a Mac Book, the Pixelbook contain 16 GB of RAM and 512 GB of memory. It comes with a customizable Core i5 or Core i7 processor. The coolest feature, the screen swivels 360-degrees. It uses the same apps as your smartphone and comes equipped with Google Assistant. Another interesting feature, if Wi-Fi isn’t strong enough, it’ll automatically tether to your phone for better reception. The basic model will be $999 and is available on Oct. 31.

Google announced the launch of the Pixel 2 and the Pixel 2 XL. The first has a 5-inch screen and the second a 6-inch one. As with Apple, the headphone jack has disappeared. Rather, it’ll use Bluetooth 5.0. Each model has a Qualcomm Snapdragon 835 processors with 4GB RAM. You can select either the 64GB or 128GB version.

Both contain OLED screens with a better picture and have a squeeze option, which automatically brings up Google Assistant. But the best feature by far is the camera. It has a 12.2 megapixel system with autofocus via laser, optical and digital image stabilization, and dual-pixel phase detection. This is one of the highest rated smartphone cameras in the world. The Pixel 2 will begin at $649 and the 2 XL $849. You can pre-order but they won’t be available until Oct. 17.

Throughout the event, Google presenters seemed to take jabs at Apple. One Google executive announcing the new camera features on the Pixels said, "we don't set aside better features for the larger device.” But this wasn’t the only one.

A promo video had a woman eating an Apple, execs interweaved the phrase "one more thing,” into their presentations (a favorite phrase of Steve Jobs), and the Pixel 2 announcement had a picture in the background of just how easy it is to transfer all your data, even apps, from the iPhone to a Pixel 2.

Almost all of the new gizmos take on a certain Apple product. With this launch, it looks like Google plans to give Apple some serious competition now and on an ongoing basis in the near future. It’s an impressive lineup for a company that only started putting out hardware two years ago.

You can watch a summary of the event here: