Does Belgium’s Failure to Integrate Contribute to Terrorism?

How did immigration policy and a lack of integration help cause the Brussels attack? 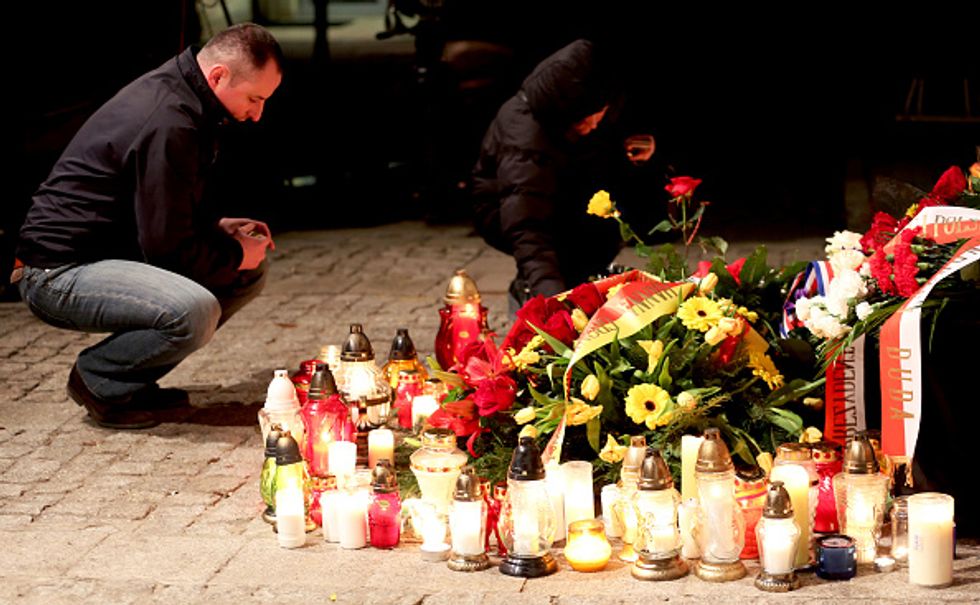 The world was given pause for a brief moment, grief-stricken by the terrorist attacks in Belgium which killed 35 and injured over 300. Since then, we have learned that Brussels has been a hotbed for terrorism for some years. Belgium has seen more fighters go to Syria to join ISIS than any other Western country. In fact, those who committed the Paris attacks were from Brussels. Recruits joining the jihadist’s ranks are homegrown terrorists, mostly the children of Turkish and Moroccan immigrants who moved to Belgium decades ago in search for a better life.

These immigrants stick to their own areas and schools. There is little integration. Youth unemployment is around 50% in these neighborhoods. Inhabitants consider themselves Turkish or Moroccan, pray at their mosques, keep to their own, and work in their own neighborhoods, hardly venturing out. Belgium in short has become a country where these radically different cultures live side by side. Part of the impetus for the American public school system of the mid-19th century was to integrate newly arrived immigrants to make sure that they would remain loyal to the U.S. Could such an integration policy work in Belgium? And do current policies contribute to this jihadist phenomenon?

To find out, I interviewed Tom Vermeulen, a close friend of my wife’s. Tom is an English teacher at what is known as a concentration school in Antwerp. He has been there for the last eight years. These are schools for immigrants, as few Flemish parents will let their children go to school there. Almost all of his students are of Turkish or Moroccan descent, with a smattering of Poles, Lithuanians, and other Eastern Europeans mixed in. Tom is 34 years-old, and cohabitates with Kristien, his partner and the mother of their two children, two-and-a-half year-old Flynn and 11 month-old Rhys (Reece). Tom says the problems and community divisions in Antwerp, his city, mirror those in Brussels.

He teaches the equivalent of middle and high school. “Most of my students are fourth generation,” he said. These are native born Belgians who still consider themselves either Moroccan or Turkish. “I’ve had three students leave and go to fight for ISIS in Syria.” They were in their 4th year of high school, the equivalent of the 10th grade. All three 16 year-old’s were of Moroccan descent, but were born and raised in Belgium.

“Their parents and the police didn’t know where they were. One of our kids found out they were in Syria over Facebook,” he said. “They went swimming. You could see them in the photo in their swimming trunks holding guns.”

Belgium started to attract immigrant labor after World War II, but ramped up its efforts significantly during the boom years of the 1960s. Lenient family reunification rules, agreements with countries in Southern Europe and North Africa, and a flexible worker visa program brought in lots of Turks and Moroccans. In 1974 the economy saw a downturn, and the immigration policy became more restrictive. It was limited to asylum seekers and family reunification cases. The Belgian Nationality Code of 1984 had few stipulations however, making it easy for immigrants to become naturalized citizens.

According to Tom, “For a while we had ‘How to Become a Belgian the Fast Way.’ People would automatically be accepted as Belgian. No integration course, no language check, nothing. When the Right-wing party came to power it changed. Three or four years ago.”

America was an engineered country. Belgium wasn’t exactly organic either. It was patched together in ways that mirror many African nations, more out of political expediency than what was good for the populace. Originally, it was a buffer state to reign in the rising power of France centuries ago. The little German-speaking sliver was added after World War I. German bit aside, they have what is called the linguistic divide. In the northern area Flanders they speak Dutch, while in the southern region Wallonia they speak French. Though in the same country, their culture and economic situations are worlds apart.

Due to this, Belgium has the record for the longest country without a federal government, 20 months, longer than Iraq. Industry in Wallonia dried up some years ago, while Flanders remains dynamic and cosmopolitan. Since there is a generous social security system, the Flemings resent the Walloons, as they believe they must shoulder the depressed region. Tensions between the two has increased in the last decade, culminating in a Flanders separatist’s movement, and this tension has exacerbated how immigrants are viewed and the debate over immigration policy.

Besides these tensions, due to a long history of invasions, Belgians of all stripes distrust foreigners and try and keep to themselves, making integration less likely. My wife who is a Fleming (though she hates the term and prefers Flemish) says that in Flanders they pull the shades on problems and ignore them, rather than face them. Complaining and forgetting is the Belgian way, she says.

Due to increasing tensions, Belgium, and other places in Europe, is seeing a rise in Right-wing parties. For Belgians these are the NVA and especially Vlaams Belang. “The extreme Right party wants to bring back beheadings,” Tom said matter-of-factly. “Because of what happened in Brussels. Instead, they (terrorists) will get life long sentences without parole. This is because one of the (Brussels) terrorists was released early from prison.”

In contrast, Tom said that the “Left-wing parties (Groen, sp.a) have this platform. They are for integration and setting up projects for getting there, and getting them (immigrants) to integrate, so that it’s not an ‘Us versus Them’ story, but an ‘Us’ story. Meanwhile, the Right-wing party abuses the feelings of people toward immigrants to put forth their agenda.”

I asked if he thought integration could even be possible. Tom mentioned he had a Walloon uncle. “In our family it is normal to speak both French and Dutch.” He believes a systematic integration policy could solve the problem. Though many believe Walloons and Flemings are too different, Tom sees a different problem.

“It is the government who works against this,” he said. “If you want to live in Brussels and you speak Dutch you have to fill out a form there. They (city clerks) claim that they only have French forms. But if you fill out the French one, it means you are a French speaker, meaning the French speakers will have more representation in government and so more power.”

I asked where concentration schools came from. “It’s not a system (policy),” he said. This is de facto segregation. “It’s because the schools are located in an area where ghettos form. Even if they (the student) is brilliant they (the parents) send them to vocational schools. It’s because they want something close to the house.” In Flanders you can choose which school your child attends.

The Flemings may historically be wary of foreigners. But many are open to integration, according to Tom. It’s a misconception that Muslim immigrants don’t want to integrate either.

The majority of Belgian Islamic terrorists were of Moroccan decent, between the ages of 20 and 24, and had obtained a low level of education, according to the Royal Institute for International Relations, a Brussels-based think tank. ISIS recruiters prey on the alienation, poor economic prospects, and the feelings of belonging to two worlds but not fitting into either.

I asked him why so many of ISIS’s recruits were Moroccan. “They have nothing but religion in their lives,” Tom said. “Moroccans go to small mosques. They go to people’s houses where an Imam reads the Koran to them. If you are a radical leader, this is a good way to radicalize people.”

There are glimpses that this divide between Flemings and immigrants is not new. The teacher mentioned nearing the end of our interview, “A friend of mine, his father was a printer. They turned their house into a museum. They showed me plates from over a hundred years ago. These were up in Antwerp at the time. ‘No admission for those of African descent.’ From 1891.”

Still there are rays of hope. “We have Moroccan families in my town completely integrated. They join potlucks and they bring a stew. But you would have to change a lot of attitudes on both sides.” That’s going to take time, and there is a lot of resistance to change by both communities, and perhaps in bureaucratic structures too.

To learn about the ISIS side of the equation click here: