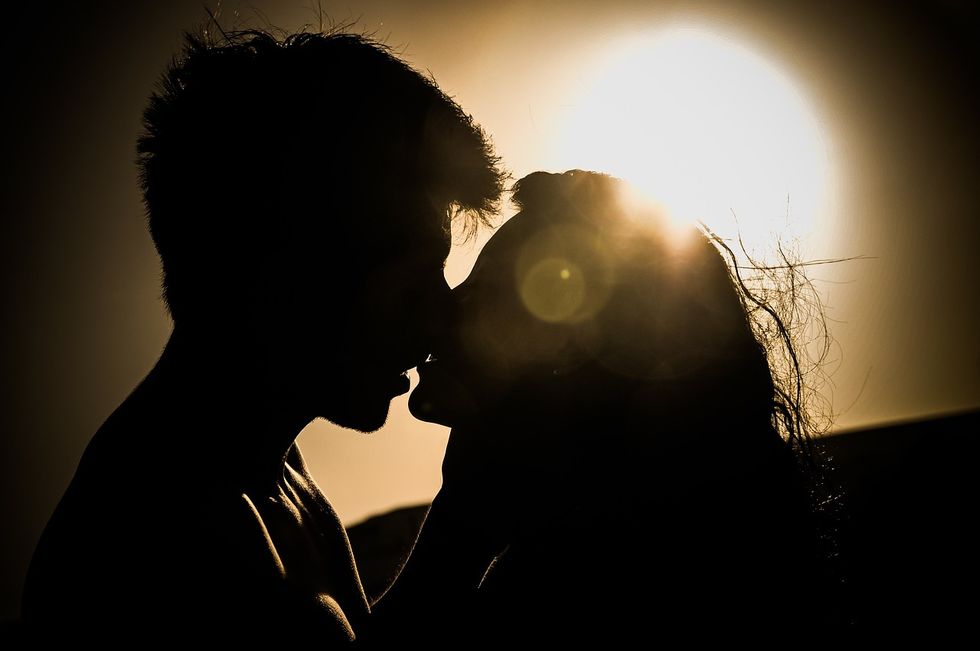 You’ve likely seen products advertising pheromones in their formulas. There are thousands of them out there, promising to bring your sex life to new vistas. Some you take in pill form. Others are sprayed on the body or around the boudoir in order to get couples in “the mood.” Many of us find it hard to believe that a mere chemical could alter our thoughts, feelings, or behavior. We are, after all, complex organisms who steer our own course in life. So what are pheromones, and are we influenced by them?

Pheromones are chemicals that organisms produce to attract or engage individuals of the same species. These are similar to hormones. But while hormones only affect the organism itself, ectohormones, of which pheromones are apart, are meant to affect others. These are usually secreted as an oil or through the urine or sweat.

They can communicate a number of different things including sexual arousal, as a marker of territory, for bonding, to show where food is located, to cause alarm, to intimidate, or to tell a female, usually an insect, where to lay her eggs. Pheromones are emitted not only to attract mates, but to confuse rivals and prevent them from mating.

In mammals, pheromones are picked up by what is known as the Vomeronasal Organ (VNO) or the Jacobson’s organ. This is connected to the hypothalamus of the brain, part of the olfactory system which gives us our sense of smell. In mammals, the VNO can be found at the base of the septum of the nose, whereas in reptiles and amphibians, it is on the roof of the mouth.

Research has confirmed pheromones at work in rabbits, mice, prairie voles, and boars, among other mammals. Despite these findings, there has been great controversy as to whether or not adult humans even have a VNO. The general consensus is that what remains of it appears for a while in utero, then disappears before birth. If humans are affected by pheromones, they are likely picked up through the olfactory system.

So are humans affected by pheromones or not? There is some evidence that we may be. Dr. Martha McKlintock discovered that women living in close proximity saw their menstrual cycles sync up, now known as The McClintock Effect. A 2011 study found that a group of men saw their testosterone levels rise when they smelled the sweat of an ovulating women.

A Swedish study had two groups of women, one hetero and the other lesbian, encounter a progesterone derivative known as 4.16-androstadien-3-one (AND). Lesbians acted the same afterwards, while straight women acted differently. Male sweat is replete with AND, far more than female sweat. A 2016 study, published in the journal Respirology, found that when confronted with AND, the erectile tissue of the female nose swelled.

Androstadienone (andro) is another biochemical which could possibly be a human pheromone. Male sweat also contains androstadienone. It increases brain activity in areas known for social cognition, boosts cortisol levels—the stress hormone, and can even alter a person’s mood. One study concluded that contact with andro actually made men more cooperative with one another.

So where might these secretions emanate from? Both sexes have odor producing glands in our underarms, genital region, and nipples. You know those sweaty, stinky armpits we slather with deodorant? If it was socially acceptable to forgo it, we might have more randy sex lives, according to some scientists. However, virtually any bodily fluid could contain pheromones.  Some we may smell as our own musk, while others could be beyond the noses ability to detect, at least to the point where the conscious mind registers it.

In an Israeli study conducted by neurobiologist Noam Sobel, women were shown a sad movie and when they cried, their tears were collected. These were later held under men’s noses. Their smell didn’t elicit empathy. Instead, the men’s testosterone levels dropped. Researchers concluded that the men’s bodies figured that sex was not in the cards. Even so, Sobel and her team deduced that if there is a pheromone that turns us off, there must be one that turns us on.

When trying to attract the opposite sex, you may want to let those sweaty armpits go.

A 2005 study took samples of men’s and women’s sweat and had gay and straight men smell them, without knowing the sex of the person it came from. Researchers found that gay men preferred the sweat of other men, while straight men preferred that of women. Another study had straight women rate the attractiveness of men by the smell of their sweat soaked t-shirts. Those men whose DNA was far different from their own were consistently found more attractive.

You’d think these studies would solidify the case for human pheromones. Yet, the case remains weak. One problem is such experiments fail to give strong evidence of a direct response to a specific chemical cue. Another issue is isolating the compound responsible for the physiological change. Though we’ve seen lots of effects, no specific biochemical has been pointed to, thus far. It could be that pheromone responses in humans are just subtler than in other species.

Hungry infants can detect their mother’s breast by smell and will crawl toward it. They may be attracted to what is called our odor print, a specific odor unique to each person. These can be altered however by genes, health, one’s diet, and the environment. So many fluctuations may make identifying chemical signals between humans difficult. It might be the case that olfactory communication in our species is just be more complex than in simpler organisms.