Distracted Much? What a Wandering Mind Says About Your Intelligence

Different brain patterns during the resting state may be associated with different cognitive abilities. 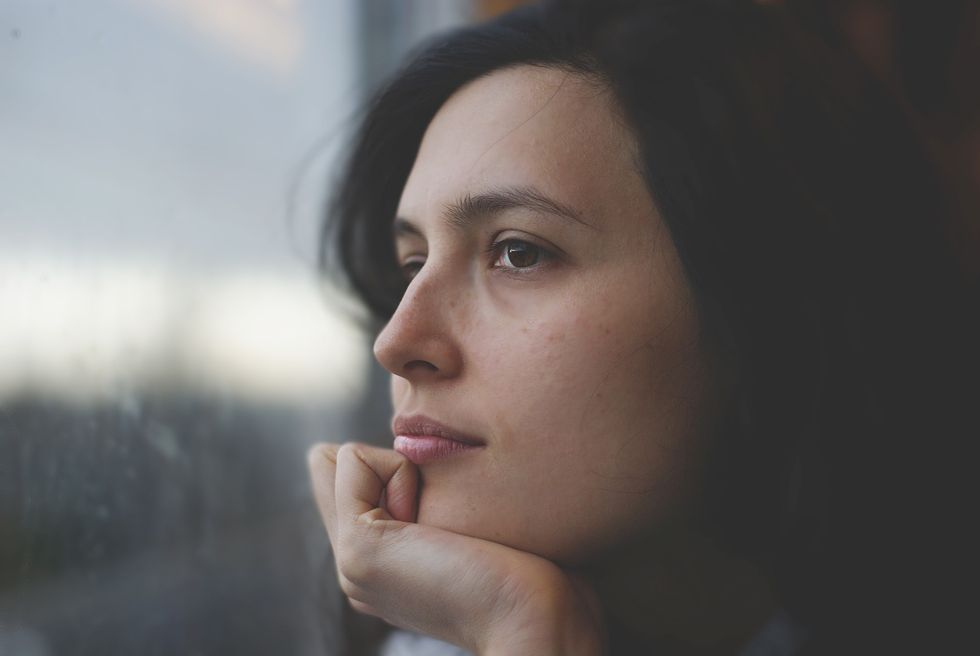 If you get yelled at for daydreaming, tell whoever’s getting on your case that it only proves you have more brain capacity and whip this study, from the Georgia Institute of Technology. You're bound to get respect then. Tell them you can’t help it, too. According to Eric Schumacher, psychology professor and co-author, those with a wandering mind may find it hard to stop it from happening.

In this study, 112 volunteers allowed their brains to be scanned by an fMRI machine, while they were in a resting state. Participants were to focus on a central fixation point for a total of five minutes. Researchers wanted to know what kind of brain activity occurred while someone was in a resting state. Some studies suggest that different brain patterns when awake but at rest, could be associated with different cognitive abilities.

Those who tend to daydream may have more efficient minds. Credit: Getty Images.

What Schumacher and colleagues found was that those subjects whose minds wandered scored higher on tests measuring intellect, executive function, and creativity. Participants also filled out a questionnaire to gauge how often their minds wander.

Meanwhile, the fMRI scans revealed that daydreamer’s brains were more efficient than those who tended to stay focused. Efficiency means a greater capacity to think, according to Schumacher. So the people carrying such brains may be more likely to notice their minds wandering while performing menial tasks.

"Our findings remind me of the absent-minded professor,” Schumacher said, “someone who's brilliant, but off in his or her own world, sometimes oblivious to their own surroundings." He added, "Or school children who are too intellectually advanced for their classes. While it may take five minutes for their friends to learn something new, they figure it out in a minute, then check out and start daydreaming."

Those who often daydream may be more intelligent and creative. Credit: Getty Images.

He and colleagues say this will open up more research on daydreaming, what it means, and its effects on the dreamer. One shortcoming, the study didn’t prove a cause-and-effect relationship, merely a correlation between daydreaming and brain efficiency. Another problem is that the sample size was small.

So how do you know if you have a highly efficient brain? Consider how often you daydream during routine tasks. Do you wander off during conversations or presentations, only to come back without missing anything?

To learn more about the positive aspects of daydreaming, click here: