Daylight saving time 2018: 7 myths and facts about changing the clock

DST has implications on our history, our health, and even our chances of being the victim of a crime. 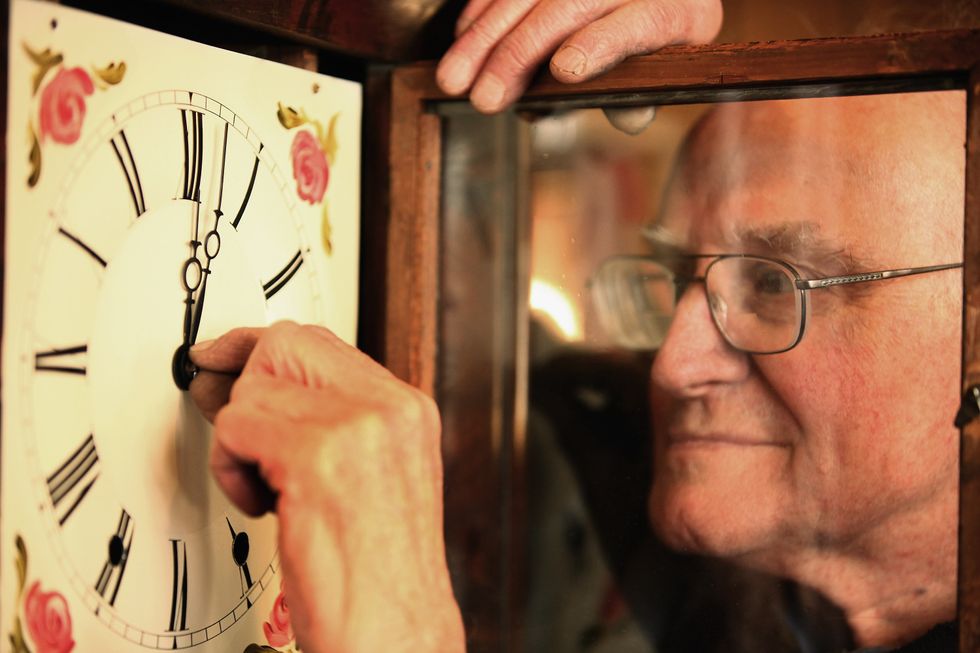 Sunday, March 11 marks the beginning of Daylight Saving Time (DST). Starting at 2 A.M., we move our clocks one hour ahead. It always begins the second Sunday in March when we spring ahead, and on the first Sunday of November when fall behind an hour.

Though we encounter it twice a year, most people don’t know much about it, other than to soak up more sunlight in spring or enjoy an extra hour of sleep in fall. For instance, many people call it Daylight Savings Time. Saving is actually singular. Fascinating stuff.

But that's not all. Why not increase your knowledge of this bi-annual ritual?

7 myths and facts about DST

Although the idea originated with Benjamin Franklin, who believed we could conserve candles if people got up consistently with the daylight, it was probably first practiced in Britain. Even so, Germany is the first recorded country to have taken up the practice starting in May 1916, as an effort to try and save fuel during World War I. The US Chamber of Commerce backed the measure and America soon followed suit. An hour longer of daylight meant more leisure time, increasing sales of things like baseballs, barbecue accoutrements, and golf balls.

2. Fact: Not every state in the US practices DST

For instance, sun-baked Arizona and Hawaii refuse to change their clocks. Both Massachusetts and Maine have considered getting off DST, but haven’t scrapped the whole thing quite yet. Internationally, 70 nations practice Daylight Saving Time. But that’s fewer than 40% of all the countries in the world. China and Japan, for instance, don’t practice DST.

The reason given is that it gave farmers more time to work in their fields. Actually, farmers fought against widespread adoption. DST means an hour less in the morning to milk the cows or get harvested crops to market. What’s more, some feared it would take us off of “God’s time.” In the United States, DST was repealed shortly after World War I ended, and wasn’t instituted nationwide permanently until 1966.

Losing or gaining an hour may not seem too big of a change. But in fact, it can jolt the body’s internal body clock, causing a higher risk of sleep disorders, heart attacks, strokes, and miscarriages. Sudden changes in circadian rhythms can affect fertility as well. A 2013 study published in the journal Open Heart, found a 25% increase in the number of heart attacks occurring the day after a spring DST. Fatigue, decreased productivity, and even cluster headaches are also more common.

The US Congress passed the Energy Policy Act in 2005, extending DST by another month, for a total of eight. This was the second time this occurred. The first was in 1984. They thought this action would save electricity, and so were perhaps too hasty. A 2008 US Department of Energy study found that the decrease was modest, just 0.003%. While a study out of the University of California-Santa Barbara found that energy use actually might increase. The state of Indiana, after it adopted DST, found it experienced increased consumption. They believe, during the period of extra sunlight, people were running their air conditioners for longer.

Once World War II came around, the country went back on DST (President Roosevelt called it “War Time”) to conserve fuel once again. It dropped off again after the war. But New York kept DST, and due to its stature as a world financial hub, other areas naturally followed suit. So a strange dichotomy was set up, where cities were following DST, while rural areas were not. At least, not until the Uniform Time Act of 1966, which forced states to either adopt DST or not. The act was signed into law by then president Lyndon B. Johnson. Before that, you could take a 30 mile drive in many places in the country and pass through several different times, depending upon whether the locality adopted DST or not.

That’s according to a 2015 Brookings Institute paper. Researchers discovered that during the fall DST, robbery fell 7%, while during the spring one, robbery fell a full 27%, as the extra hour of daylight in the evening kept would-be robbers away.