The Books You Read Really Make You Who You Are

A story can literally transport you into a character’s body. But how long does it last? 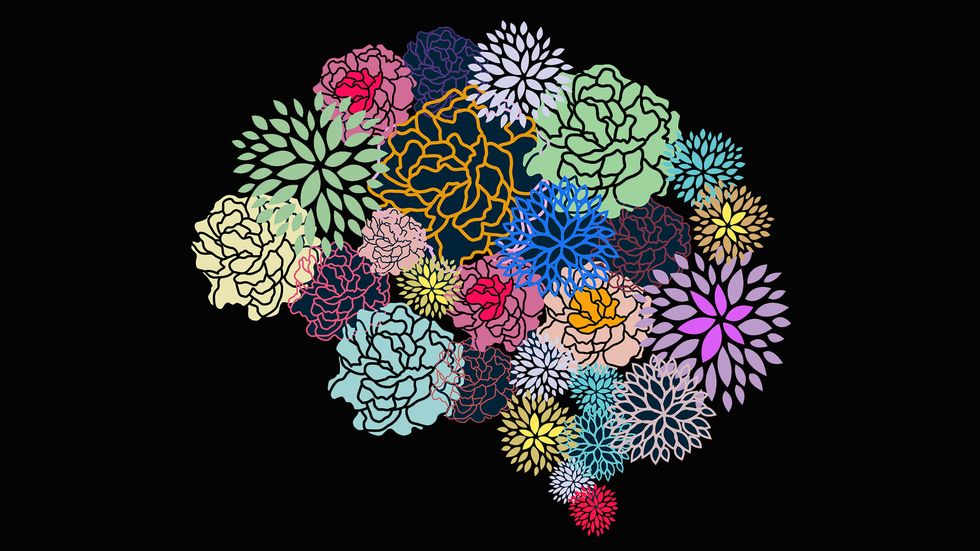 Storytelling has been with us since the dawn of civilization, and perhaps even the beginning of our species. The left hemisphere of our brain automatically puts things into a narrative format, in order for us to make sense of the world and ourselves. In the bestselling book Sapiens: A Brief History of Humankind, historian Yuval Noah Harari makes the argument that our development from early bands to complex societies only took place because of our ability to tell and believe stories.

Shared stories and the values encapsulated within them helped us to organize, inspired us to set lofty goals, and motivated us to take risks, learn from these experiences, grow, and so develop new methods to interact with the world. But the tale doesn’t end there.

Today, particularly in the era of the internet and social media, the power of good storytelling may be even more crucial than ever before. It can help businesses sell products, nonprofits find funding, and YouTube aficionados find an audience, even gain stardom. As humans, we crave stories and identify with them.

Those who like to read often point to a certain novel or short story that impacted their life. One study even found that reading literature can actually improve one’s empathy by helping them to identify with the emotions of others. Recent research using fMRI scanning have discovered which neural networks are activated when a person reads a story. In a 2013 study out of Emory University, published in the journal Brain Connectivity, scientists wanted to know if reading a story literally changed how the brain operated.

Storytelling is an essential part of the human experience. How does our brain process them? Getty Images.

The study took 19 days total. For the first five, they took baseline readings. This is known as the resting-state connectivity of the brain. Neurologist Gregory Berns led the project. 24 Emory undergraduates participated. Each read Robert Harris’s historical thriller Pompeii. “It depicts true events in a fictional and dramatic way,” Berns said. “It was important to us that the book had a strong narrative line.”

Participants read 30 pages of the novel each night for nine days. The next morning, they’d come in, take a quiz on what they’d read, and undergo an fMRI scan. After finishing the book, participants came in for an additional five days to undergo more scanning. The results, volunteers had heightened activity in their left temporal cortex, which is the brain region responsible for making us receptive to language. This area remained more active even five days after finishing the book. Researchers called it “shadow activity,” which Berns likened to muscle memory.

The central sulcus, a sensory motor region, also showed a jump in activity. This region is associated with body sensations. Prof. Bern said, “The neural changes that we found associated with physical sensation and movement systems suggest that reading a novel can transport you into the body of the protagonist.” The phenomenon is known as grounded cognition. It works like this, if you feel yourself running from danger in your mind, it activates those neurons associated with running, even if your legs aren’t moving.

How long these changes last in the brain is still unknown. “But,” Bern said, “The fact that we’re detecting them over a few days for a randomly assigned novel suggests that your favorite novels could certainly have a bigger and longer-lasting effect on the biology of your brain.”

In one study, reading a novel was shown to change participant brain activity for days after. By Erik Vanden, Wikimedia Commons.

A series of studies conducted by Paul Zak gives us further insight into how stories change the brain. He’s an author, public speaker, and the founding director of the Center for Neuroeconomics Studies at Claremont Graduate School. Zak and colleagues in their first experiment, showed an audience a video of a father explaining how his two-year old son, Ben, has cancer. After chemo was over, Ben felt better. He was happy and playful, the father explains. Playing with him gave the man a happiness tinged with bitterness, since he knew that in six months or a year, his son would no longer be alive.

The audience was moved by two emotions, distress and empathy. Distress is driven by the stress hormone cortisol. While empathy is produced by oxytocin, the “calm and cuddle,” neurotransmitter. This bonds lovers to each other and a mother to her newborn. While some call it the “love hormone,” Prof. Zak insists it’s the “moral molecule.” That’s because it helps us to respond to social cues.

Blood tests before and after watching showed that participants had a higher level of these two biochemicals in the video's aftermath. Researchers did several follow-up studies. A pattern started to emerge. Those who were moved by the film saw a change in brain chemistry which ultimately led to a change in behavior.

Good storytelling can illicit an emotional response and even change behavior. Getty Images.

In one iteration, after the video, viewers were given the opportunity to share money with a stranger. Those who showed the most significant increases in cortisol and oxytocin, were more likely to share their money. In another study where participants were given the option to donate to a children’s cancer charity, those with higher levels of these biochemicals were more likely to donate.

Soon Zak and his team wanted to know if they could predict who would give to charity and who wouldn’t. They secured funding from the Department of Defense. That study included not only blood tests but also respiration, skin conductance, and heartbeat monitoring. Zak and colleagues found they could forecast who’d give and who wouldn’t with 80% accuracy.

The takeaway from all of this is that no matter the culture, humans are intimately attached to stories. They’re part of our makeup as a species. Stories can literally transport us into the mind and body of a character. They can move us toward empathy or action. Nothing has the power to inform, change our minds, unlock our potential, or transform us and our society in the most powerful and profound ways. Now, we're starting to unlock the neuroscience behind this and learn exactly how they impact us.