Could This Male Health Problem Spell the End of the Human Race?

There is a crisis in male health. Learn what it is and how scientists plan to overcome it. 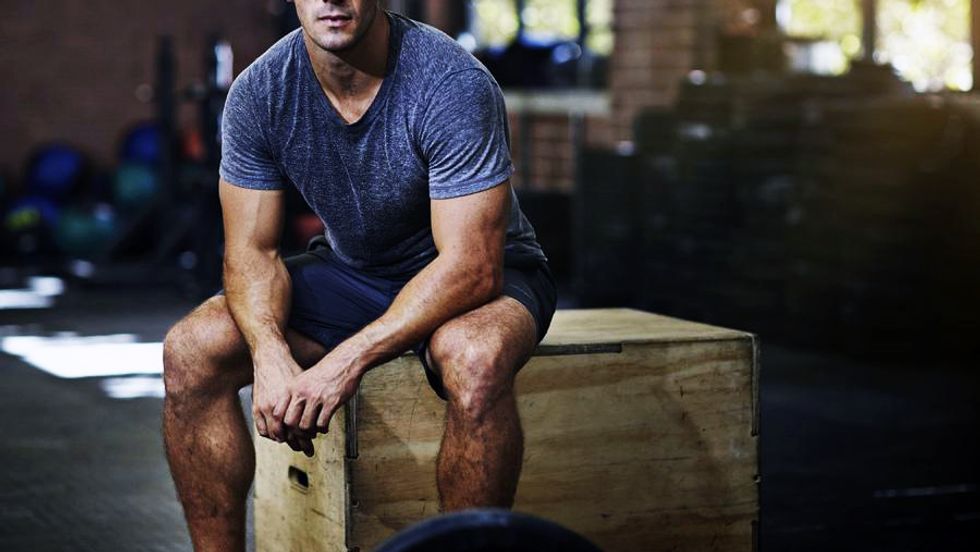 There are lots of theories on what might annihilate the human race. An asteroid the size of Texas, the super volcano under Yellowstone, or if we survive an incredibly long time, the expansion of our sun. Unmitigated climate change is the disaster de jour. There could be a worldwide pandemic, although that’s unlikely to eliminate all seven billion of us. The threat of nuclear war still hangs over our heads. But one place that is hardly even talked about is men’s health, particularly the health of their sperm. The quality of male sperm has declined significantly in developed countries for the last fifty or sixty years . The reason has continued to stymie researchers for decades.

Sperm count, what is actually called sperm concentration, has dropped even among younger men. A man’s concentration must be 15 million sperm per milliliter or more. Below this point he is considered subfertile. Also, things like motility—its ability to swim vigorously in order to reach the egg, DNA formation, and even the size and shape of sperm are all incredibly important when it comes to conception. These qualities have declined as well. One French study, conducted between 1989 and 2005, and including 26,000 men, found that sperm counts dropped by one-third over the sixteen year period . Sperm quality also declined by a similar margin. The decrease was progressive—meaning it is probably still ongoing. Some studies point to sperm quality declining for at least the last century.

Gary Cherr is a reproductive toxicologist at the University of California, Davis. He says men in industrialized countries are producing poorer sperm than our primate cousins and other mammals. Among the most fertile men such an issue are still prominent, according to Cherr. In a recent European study, 20% of young men were found to be subfertile. This trend may be driving the recent popularity in fertility procedures, such as vitro fertilization (IVF). The rate of testicular cancer worldwide over the last 30 years has also doubled, and researchers wonder if there is a connection.

Though there still is no clear understanding of what is causing sperm’s decline, theories abound. Toxins in the environment such as endocrine disruptors (like PCBs), industrial waste, and agricultural chemicals—pesticides and fertilizers have all been blamed. One study found that industrially produced aluminum in the environment, first introduced as a consumer product around the same time the decline started, could be the culprit. Other suspects include exposure to radiation through electronic devices, a high fat diet, lack of exercise and a more sedentary lifestyle, and the obesity epidemic. Couples are also having children later in life, further affecting fertility.

It is estimated that 219,000 couples in the U.S. struggle with fertility issues, or 15% of the total. Half the time, the problem originates from the male side of the equation, but this could vary between 20-70%. For those couples trying to conceive, urologists say men should exercise, eat right, avoid tobacco and alcohol, and control stress. The healthier the father-to-be is, the healthier his sperm. Prescription and even non-prescription drugs can also have an effect.

There are other problems. DNA damage can obstruct fertilization. The Y-chromosome is programmed to naturally degrade over time. Then there is a coating that protects the sperm in the hostile environment it must travel through. Some men have a genetic mutation that inhibits the growth of this shell. Recently, a study found that a receptor on the sperm’s tail picks up progesterone from the egg, giving it a “power kick .” This causes the tail to whip vigorously, helping the sperm to push through the final distance and cut through the egg’s protective coating. Some men may be missing this receptor.

Though women often deride men as simple creatures, their biology has proven anything but, and fertility medicine on the male side has lagged. Even so, besides freezing healthy sperm, researchers are starting to make dramatic breakthroughs which could help protect against the sperm crisis reaching a critical level. For instance, Chinese scientists recently announced they were able to produce artificial mouse sperm in a lab. Though some scientists remain unconvinced, and the fact that mice are one thing, humans another, the seeds so to speak for a technological fix are there. Changes in social policy, tighter consumer protections, and environmental safeguards could further boost the quality of sperm. Experts say that although science is working on isolating a reason and offering solutions, conceiving a child the old fashioned way, without the interference of medicine, is still the best method.