An eruption from a supervolcano could be catastrophic. Here’s NASA’s plan and how sensible it is. 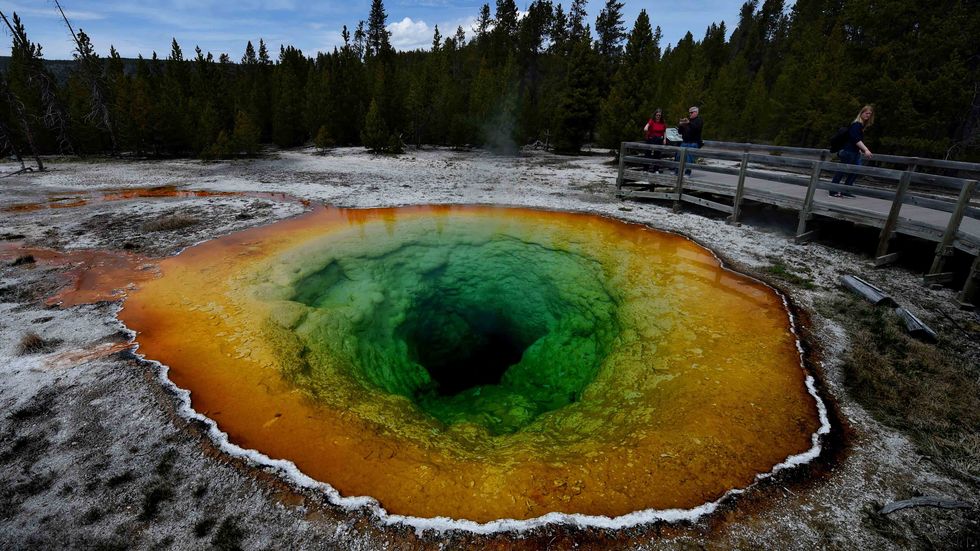 Yellowstone is one of the jewels in the National Park system, and a great symbol of the American frontier. Old Faithful, the geyser that goes off every 35-120 minutes, stands as a national treasure which in truth hides a deeper, and more foreboding possibility. It stands within one of three calderas or large volcanic craters, each born after a massive eruption.

A caldera is formed when underground magma retreats and the ground above collapses, forming a large depression. The Yellowstone Plateau has three calderas, caused by eruptions occurring between 2.1 million and 640,000 years ago. Nothing catastrophic has happened since.

Then back in June, the Yellowstone Supervolcano was rocked by over 450 small earthquakes within the same week. Although it was a higher amount of activity than in the past five years, scientists at the University of Utah, who monitor seismic activity at Yellowstone, were unfazed. The media exploded with stories however, talking about what kind of damage such a massive supervolcano could cause.

Most of these were little quakes were at magnitude one or below, which wouldn’t be noticed by a human without a seismograph. (See the magnitude scale here). One had a magnitude of 4.5 which can be felt but only causes minor damage. One major reason scientists aren’t worried, such clusters are relatively common.

One of the measures is how much material is erupted. The US Geological Survey.

What’s more, monitors are set up all over the area to pick up any volcanic activity. So what is a supervolcano and is there any way to stop it? It all starts with the VEI. The Volcanic Explosivity Index (VEI) is a scale used to measure how explosive a volcanic eruption is. It was devised in 1982 by Chris Newhall at the US Geological Survey (USGS) and Stephen Self at the University of Hawaii. With it, scientists classify current and historic eruptions.

Any volcanic center which has in the past registered an eruption of magnitude 8 or larger, on the VEI, is considered a supervolcano. This is measured by how far away deposits from the eruption are found. Supervolcano deposits can be found up to 240 cubic miles (1,000 cubic kilometers) away. Supervolcano eruptions are classified by how much pumice, lava, and ash they eject, and how high the column gets.

There are 20 known supervolcanoes around the world today. Besides Yellowstone, the US has Long Valley in eastern California. Other notable ones include Taupo in New Zealand and Toba in Indonesia. See some of the world’s biggest here. Asia and South America have their fair share. Volcanic hotspots are active areas in the mantle or middle layer of the Earth. Weak points in the lithosphere (the Earth’s crust) allow the magma to escape. Since the tectonic plates are always moving, when a weak point passes over a hotspot, magma rises up onto the surface.

So what would happen if one of these supervolcanoes were to blow? If Yellowstone erupted, the ash would spread out over 500 miles. Most of the continental US would be affected. Count the West as the most affected region. Ash over the Rocky Mountains could be a meter or so deep.

Besides the untold devastation dealt to those living in the shadow of such a volcano, depending on the severity or how long it would last, it could lead to significant changes in the climate. Ash would block out sunlight, leading to volcanic winter. This could threaten crop yields which could lead to food shortages or even mass starvation. Volcanic gases meanwhile could cause acid rain. It probably wouldn’t end life on Earth, but the results would be catastrophic.

The BBC recently reported a special NASA plan to counteract a supervolcano. In truth, there’s really nothing anyone can do to stop an eruption. Yet Brian Wilcox of NASA’s Jet Propulsion Laboratory (JPL) is developing countermeasures. NASA's plan is to drill into the supervolcano and fill it with cold water to cool it down, much like how a radiator in a car works. The constant flow of steam would then provide a source of renewable energy with no carbon footprint.

There are two sticking points. First, we need drills that can go down five miles (approx. 8-10 km). Right now, we can just barely reach that depth. USGS scientists say setting up a coolant system would have little effect on an erupting supervolcano.

The trouble is, cooling the lava upfront does nothing for the magma behind it. There are thousands of cubic kilometers of it to cool. Such efforts therefore would probably not be enough. Perhaps such a plan could quell the supervolcano for a short time but not forever. A devastating eruption would eventually occur.

Not to worry though. The scientists who monitor Yellowstone say it shouldn’t blow anytime in the next few thousand years. According to USGS, the odds that it’ll erupt in any given year is one in 730,000 or 0.00014%. It’s about the same risk as a large asteroid slamming into the Earth.

Still, these numbers may not be totally accurate. They’re based on the intervals of time between past eruptions. Since it isn’t possible to do it any other way, scientists use statistics, history, and comparison to predict major volcanic events. Luckily, a recent study finds that the volcano at the Yellowstone plateau has actually been weakening over time.

Supervolcanoes will someday become a threat. Long-term planning and significant jumps in technology could allow us to control them and perhaps even harness their power to generate electricity. But today even though viable plans are beginning to form, such a scenario remains out of reach.

To learn more about the Yellowstone Supervolcano, click here: