Human brain cells don’t continue to grow into adulthood, according to a new study

Research with other species lends weight to these findings. 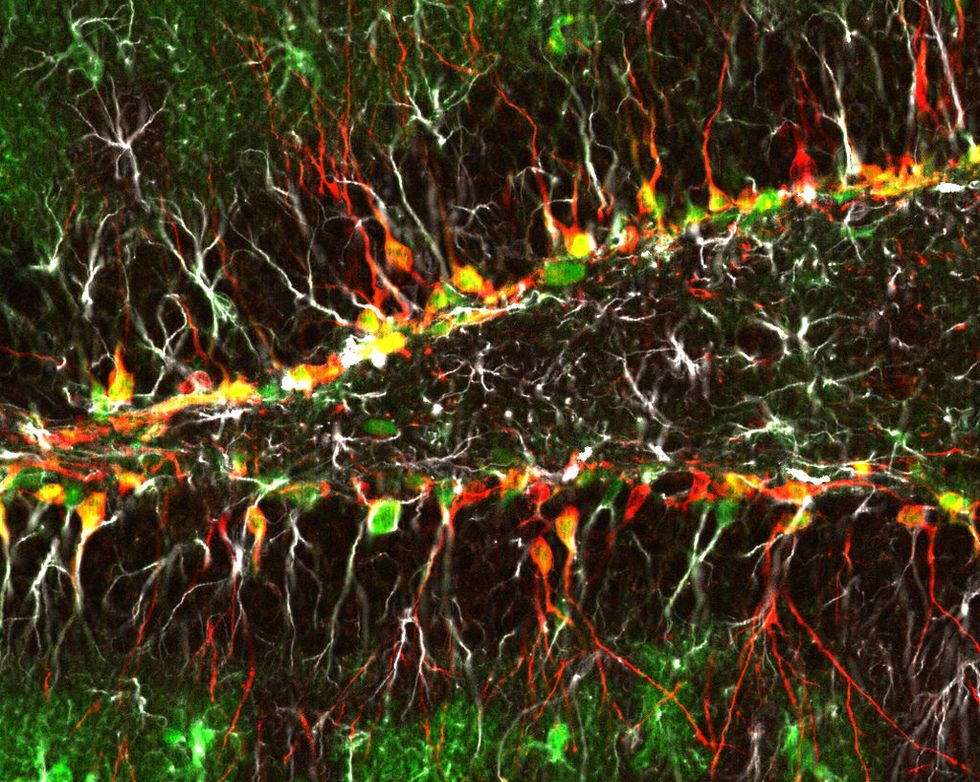 We used to think neurogenesis—the growth of new brain cells, occurred throughout one’s lifetime. A shocking new study out of UC-San Francisco finds that instead, no more memory cells grow in the hippocampus after childhood. That's staggering, as this area of the brain associated with really important things such as learning, memory, and emotion. One of the largest studies of its kind to date, the scientists examined 59 human brain specimens, all of varying ages, and found no new neuron formation past age 13.

Neuroscientists have been debating since the late 1920s whether or not neurogenesis occurs into adulthood. From the ‘80s on, the prevailing view was that neurogenesis takes place throughout our lives. That’s because lots of studies confirmed the phenomenon occurring past the juvenile stage in the brains of other species, including birds, mice, rats, and nonhuman primates. In rats, for instance, new neurons are constantly formed around the olfactory bulb, which is associated with the sense of smell.

Arturo Alvarez-Buylla was the senior author of the study. He told Medical News Today, "We find that if neurogenesis occurs in the adult hippocampus in humans, it is an extremely rare phenomenon, raising questions about its contribution to brain repair or normal brain function." Lead researcher Shawn Sorrells, said they couldn’t find any new neurons in the adult samples they examined. The study’s findings were published in the journal Nature.

Model of the brain. By CNX OpenStax, Wikimedia Commons.

According to this research, our brain creates loads and loads of new neurons during the prenatal and neonatal stages. In early childhood, dramatic bursts of neurogenesis occur in the frontal lobe—the very front part of the brain, responsible for executive functions such as decision-making, learning, and planning. After that, neurogenesis drops off and becomes exceptionally rare, according to this study.

To conduct it, researchers collected hippocampus samples ranging from the fetal stage to age 77. These came from the US, China, and Spain. Some samples were from cadavers, while others were excess tissue removed during brain surgery, to help relieve severe epilepsy.

With each sample, the researchers examined a particular part of the hippocampus called the dentate gyrus, an area crucial to memory formation. They sliced up this region and applied antibodies which would congregate at new neurons or any newly formed cell. While this occurred often in samples from fetuses and young children, after age 1 it was rare, and after age 13, researchers found no new neuron formation.

The idea is bound to be controversial as certain diets, exercises programs, and even antidepressants, rest on the idea that they instigate the growth of fresh neurons. Among neuroscientists, there’s a variety of beliefs, ranging from the notion that the human brain generates many neurons each day, to the conjecture that neurogenesis is actually quite rare.

Neuronal formation isn’t a simple process. It begins with progenitor cells, which turn into stem cells before becoming neurons. "It requires the birth of the cell,” Alvarez-Buylla told CNN, “the migration or the movement of the cell to the right place, which is not an easy task in the very dense structure of the brain -- and then that cell has to make space to grow and connect to other cells and then contribute in a functional way to that circuit." The brains of infants and young children are primed for this, while with adult brains, researchers aren’t sure.

Another study that supports this one states that whales and dolphins don’t experience neurogenesis as adults. Yale neuroscientist Pasko Ravic has worked with monkeys and finds that they go through little neurogenesis during adulthood, as opposed to rodents. The reason might be, neural networks within adult primate brains are complex, and the growth of such cells could disrupt normal operations.

This study, although provocative, gives us a snapshot of only one region of the brain. More research will have to be done to confirm these results and see whether the same is true in other parts. Many neuroscientists say, even if adults do experience neurogenesis, there’s still no proof that it rejuvenates the brain. Instead, making new connections might be what’s really worthwhile. In another sense, this study could aid us in the search for a cure to Alzheimer’s, as neurogenesis was one avenue researchers were exploring.

Want to learn more about neurogenesis in the adult brain? Click here.