One option was presented as the “future of how we’ll unlock our smartphones.” 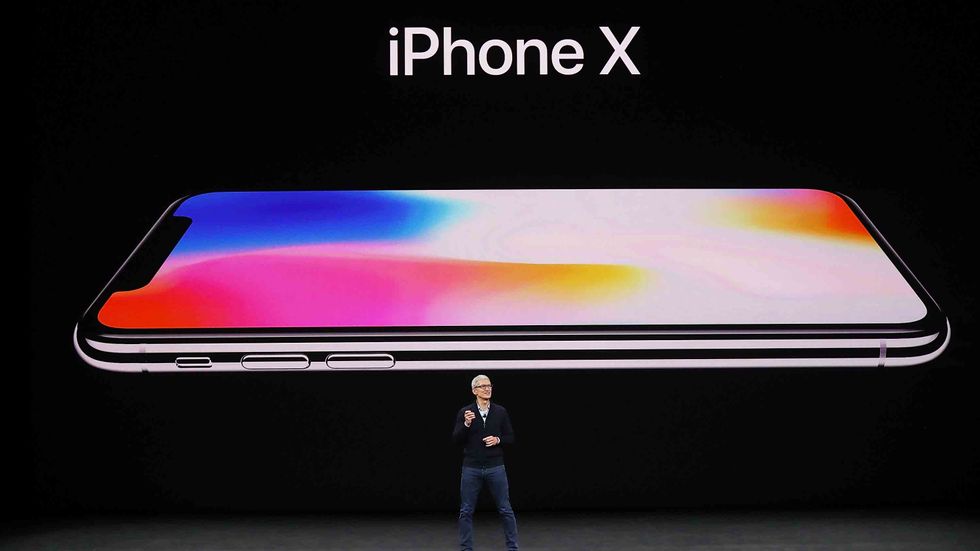 To raucous catcalls and applause, Apple released its iPhone 8, iPhone X and the Apple Watch Series 3 from the New Steve Jobs Theater. Here are some of the products' best features.

The iWatch Series 3 has a built-in phone, along with “40 million songs right from your wrist.”

The Apple TV 4K will feature high dynamic range (HDR) and will deliver a crisp, cinematic quality to everything you watch. For gamers, it delivers graphics that are four times faster.

The iPhone 8 will feature a glass front and back, higher quality video and still camera, plus 3D apps and games—and it even allows for gaming in augmented reality (AR). The device will also improve the gaming experience using spacial audio. How does it work? Well, the closer you get to something in the game making noise, the louder the sound. If you say duck behind an obstacle, the sound becomes muted. It also has wireless charging and an improved photo lighting effect, which helps one take better pictures in dim lighting.

The most anticipated item by far was the iPhone X (ten). A decade ago, Steve Jobs unveiled the first iPhone and changed the landscape of technology and design for a decade. Today, CEO Tim Cook is hoping to solidify the company’s legacy for at least another ten years. He called the product the “Biggest leap forward since the original iPhone.”

For one thing, the home button is gone. It’s all screen. The display runs the entire length from top to bottom, edge to edge. It’s made of super strong glass on the front and the back and takes advantage of wireless charging. Apple says its dual-core A11 bionic neural engine (computer chip) is the highest density computer ever, completing 600 billion processes per second.

Most impressive by far is the phone’s facial recognition system, which they’re calling Face ID. To unlock your phone, you merely look at it and it recognizes you. Then you swipe up to go about your business. Apple executive Phil Schiller called it “The future of how we’ll unlock our smartphones.”

So how does it work? It uses 30,000 invisible dots to read your face. This is run through a "neural engine"—a set of specific, machine-learning algorithms. It works by making a mathematical model of your face to compare to the real McCoy. What if you're wearing a hat? Or change your hair? Grow a beard or put on glasses? Naturally the software is designed to adjust. And you’ll be able to use it to clear a tab with Apple Pay, and use it with other 3rd party apps like E-Trade.

Touch ID, which uses your fingerprint to unlock the phone, has a risk of one in 50,000 that a person could unlock your iPhone with their fingerprint. With Face ID, it’s one in a million. If the person is your twin though, be sure and use a passcode.

Another big innovation is what Apple’s calling the next generation of emojis, called anamojis. These are basically animated emojis. You can put different masks on your face, or have your face turned into different cartoon animals. You simply take a selfie and play with it in the app. It can be accessed right in messaging. You can even record a short video of your character and send it to a friend or loved one. Some character options are a fox, chicken, pig, cat, puppy, raccoon, panda, and even that swirly looking poop face that’s popular these days.

In addition, the iPhone X carries the highest quality video camera ever put into a smart phone. The camera itself has a special portrait option that evaluates the situation on actual photographic principles in real time, allowing you to take the best photo possible, right then and there. It has a lighting option too, where you can change the lighting in so many different ways. These aren’t filters but actual changes made right to the image itself. All this, and a couple more hours of battery life to boot. It comes in space gray or silver. Pre-ordering starts Friday, Oct. 27. It’ll be available for purchase online and in stores Nov. 3.