Could life on Earth have spawned more than once? 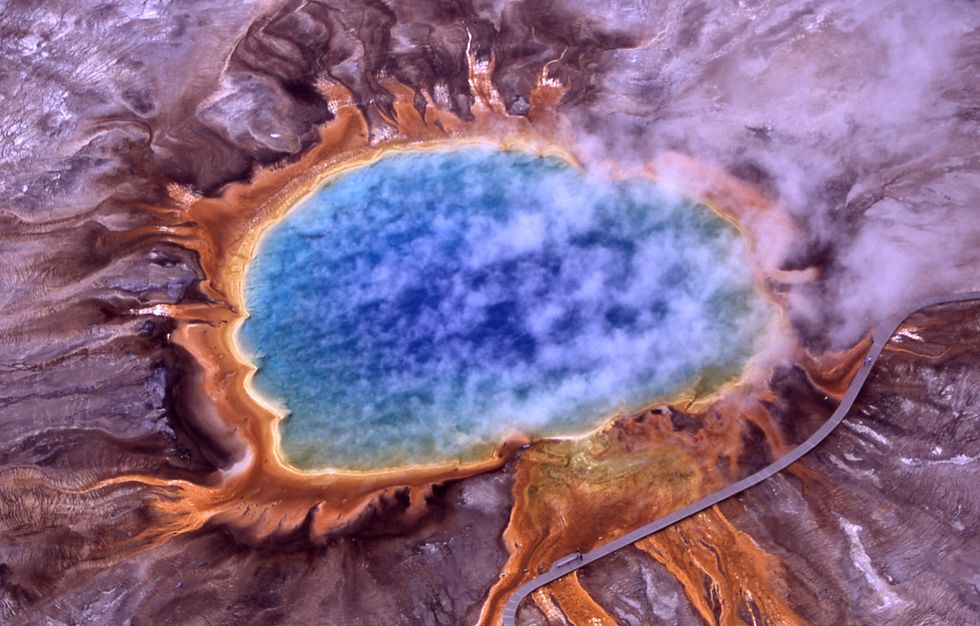 It's a simple question on the lips of every sci-fi fan since the dawn of the genre. Why haven't we found alien life? This is known as the Fermi Paradox, named after physicist Enrico Fermi. It's the idea that the sheer multiplicity of Earth-like planets should produce life somewhere and with a high probability, an alien civilization, if not several. So why haven't we found them or why haven't they found us? Several theories have been posited.

One reason may be that they've already gone extinct. A nuclear war or climate catastrophe wiped them out, already. Another is, since our sun and planet are relatively young, we may be one of the first forms of intelligent life to develop. In 2010, UK Royal Astronomer Lord Martin Rees suggested that extraterrestrial life may be so far advanced that we are not yet at the level where we can recognize it.

“Just as a chimpanzee can't understand quantum theory, it could be there are aspects of reality that are beyond the capacity of our brains," Rees said. Dr. Frank Drake is an expert on the search for alien life. He says that the digital revolution may be limiting the ability of aliens to detect us, since we are no longer hurling TV and radio transmissions into space.

Professor Paul Davies is no stranger to unusual ideas. The cosmologist as proffered several on extraterrestrials himself. One is that aliens may have visited earth billions of years ago and left a message in the DNA of some early life-form for us to find. He's suggested we start investigating the genomes of bacteria and other creatures to see if we can find any.

Another, the British-born astrobiologist, along with colleague Dr. Sara Imari Walker, proposed that the basic structure of all life may not be DNA or even carbon, but information. After all, DNA is at its heart a set of instructions for putting an organism together. And as the universe since the Big Bang has moved forward on mathematically calculable scientific principles, one must consider math an essential force of the universe itself. A lot of their colleagues take umbrage with the view of life as information, as one might imagine.

Now, Paul Davies has a new theory that alien particles might be interwoven into the fabric of our planet and even live inside our bodies. Advanced alien civilizations may have been able to play with life the way chemists manipulate compounds, and these alien particles could have entered our world. Since some bacteria and other organisms don't act the way scientists think they ought to.

Professor Davies calls it “entirely reasonable" that the simplest life forms came into being more than once on the surface of our planet. So where might such alien life be? Consider bacteria that live inside of poisonous lakes or alongside volcanic vents at the bottom of the ocean. “It could be right under our noses, or even in our noses," Davies said. Particles one tenth the size of bacteria cause kidney stones. Might these be alien in origin? Davies thinks so. “It could even be that 'weird life' and real life are intermingled," he said.

Certain bacteria and other microbes may be alien in origin, according to Dr. Davies.

So if there is such an abundance of alien life right here among us, why haven't we detected it? Davies says the reason is our monitoring techniques are tailored to our known biochemical understanding of life. These organisms would operate entirely differently. There are in fact certain microbes like this that have been discovered recently.

Kenneth Nealson at the University of Southern California (USC) found a certain kind of bacterium that eats and breathes electricity. Though he doesn't directly call it an alien species, its properties are unlike any “normal" bacteria that we know of. And in fact, different detection methods must be employed to find them. A similar variety was discovered by microbiologist Derek Lovley at the US Geological Survey, now called Geobacter. Today, these microbes are being employed in things like biological fuel cells and a sewage system powered by the bacteria that transforms sewage into clean water and electricity.

Most biologists believe that life on Earth began with one specific event. But it is possible that it may have emerged more than once, or even on several different occasions. Professor Davies has therefore called for a "mission to Earth." This would be a systematic search in and around unusual locations across the globe to find and categorize weird forms of life that don't fit into the normal definition. “If someone discovers shadow life or weird life, it will be the biggest sensation in biology since Darwin," he said. Davies believes that the cost would be far less compared to say, the search for life on Mars.

Even if such alien life died out, Davies believes we can find biomarkers left behind. “If alternative life had a distinctly different metabolism, say, it might have altered rocks or created mineral deposits in a way that cannot be explained by the activities of known organisms," he said. Should it be discovered that life on Earth started more than once, it would significantly increase the credibility of this theory.

The vast majority of life on our planet consists of microbes. Yet, many have never been analyzed or had their genomes sequenced. Today, it's still hard to detect other forms of life outside the normal, biochemical means. "We could be surrounded by little microbes intermingled with known life and be completely unaware," Davies said.