A new technique could eliminate heart disease with a single injection

Northwestern scientists believe they may have a way of wiping out heart disease for good. 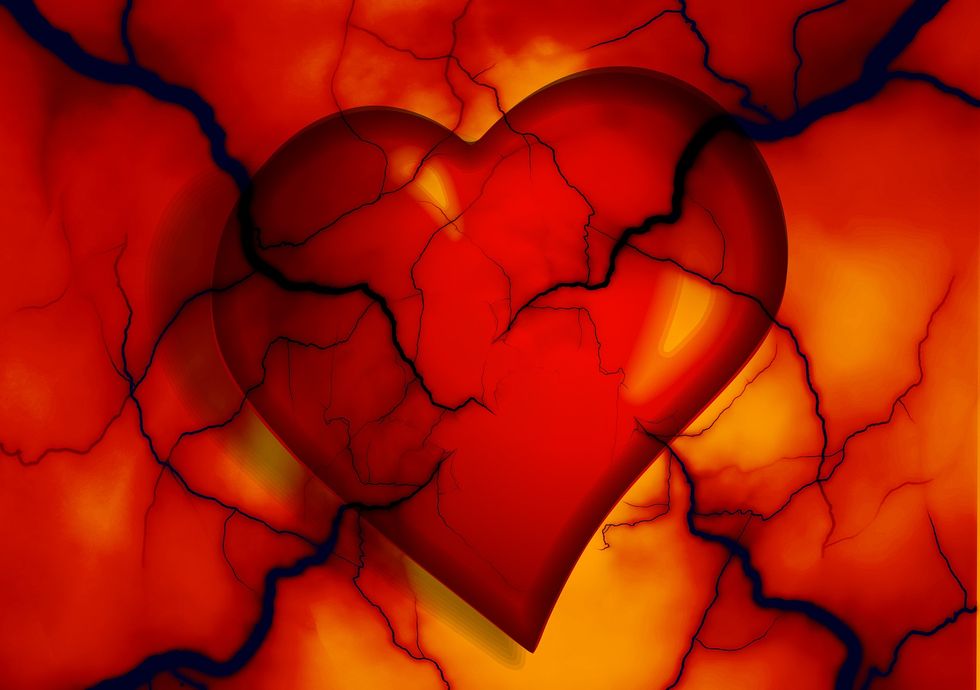 Heart disease is the topmost killer in the world. In the US, it’s second only to cancer. In most cases, problems stem from what’s called atherosclerosis or a hardening of the arteries. This is when plaque, a hard, waxy detritus made up mostly of cholesterol, clings to artery walls and begins to build up.

Having a thinner avenue for circulating blood, the heart pumps harder to compensate, leading to high blood pressure. The arteries themselves may also become less flexible, making it more difficult for them to pump blood, meaning the body’s cells may receive less oxygen. As plaque buildup increases, the presence of blood clots become more likely. As such, atherosclerosis can also cause deep vein thrombosis, a heart attack, or stroke.

Other conditions caused by atherosclerosis include angina, chronic kidney disease, or periphery artery disease. There are drugs, such as statins, which can control so-called “bad” or LDL cholesterol. In truth, LDL and HDL cholesterol must be in balance inside the body in order to maintain proper health. Some people are even genetically predisposed to a high LDL level.

LDL cholesterol and lipids (or fat) contribute primarily to atherosclerosis. Besides drugs, procedures such as stenting and bypass surgery can help avoid a major cardiac event. Yet, each can cause damage to artery walls. Bottom line, there’s no cure for atherosclerosis, since there’s no way to reverse the process, until now.

Researchers at Northwestern University Feinberg School of Medicine, in Chicago, have developed an injection filled with synthetic nanofibers that can scrub arteries clean. Vascular surgery fellow Dr. Neel A. Mansukhani led this research, which was presented at a recent American Heart Association conference. The event was called, “Vascular Discovery: From Genes to Medicine Scientific Sessions 2018.”

Dr. Mansukhani said in a press release, “Our aim was to develop a non-invasive, non-surgical, novel therapy to halt and reverse the disease by actually targeting the vessel wall with peptide-based nanofibers developed in the laboratory.“ The nanofibers are made from special amino acids that breakdown cholesterol.

A clear artery versus a clogged one. Image Credit: Wikipedia Commons.

Next, they acquired mice who had been genetically engineered to develop atherosclerosis. The mice were kept on a high fat diet for 14 weeks. Then, half of them were injected with a solution containing the microfibers, while the other half received a saline solution. Each received injections twice a week for eight weeks. “It was important that we were able to achieve reproducible results in this model in the lab,” Dr. Mansukhani said, “so first we wanted to confirm that the therapy actually targeted areas of atherosclerosis.”

Turns out, the “self-assembling peptide amphile nanofibers,” made a significant impact in reversing plaque buildup. Using imaging techniques called fluorescent microscopy and pixel quantification, researchers recorded a noticeable difference within just 24 hours, in those who had received the microfiber injections. The change lasted 72 hours total. Over the eight week trial period, male mice saw an 11% decrease in plaque, while female mice had a 9% decrease. What’s more, the nanofiber cleared the system completely in 7-10 days.

According to Dr. Mansukhani, the findings "demonstrate that a novel targeted nanofiber binds specifically to atherosclerotic lesions and reduces plaque burden after a short treatment duration." Keep in mind these are preliminary results. Many more trials lay ahead for this technique, including, if all goes well, in our species.