7 actual superpowers certain humans have, due to genetic mutation

A lot of the powers found in the comics exist in real life. They’re just a bit different. 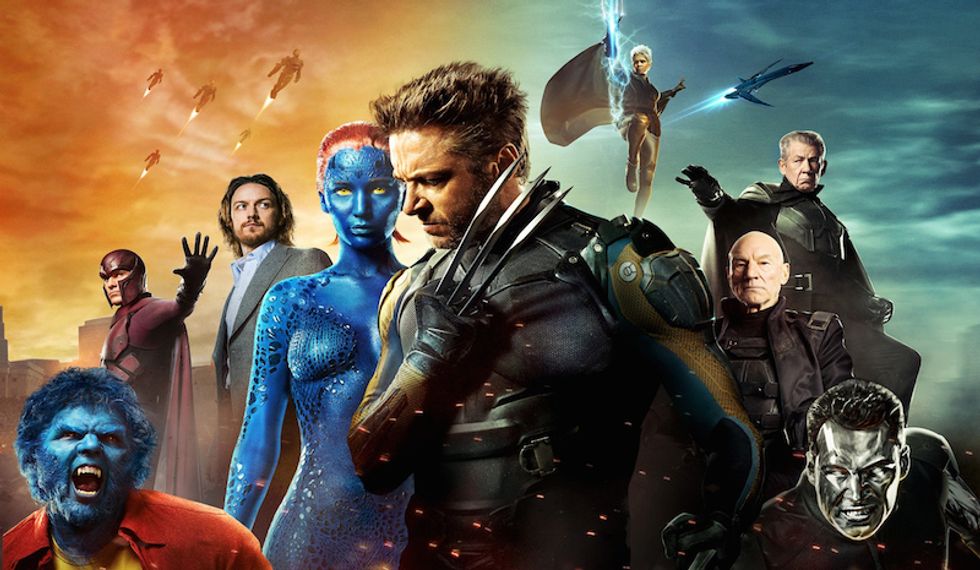 If you could choose any superpower, what would it be? Disappointingly, most of us don't have a mutant gene that allows for superior capabilities. Turns out humans are 99.9% genetically identical. Yet, there's a lot of variation expressed within that remaining 0.1%. How tall or short we are, what skills we have, our hair and eye color, and even predispositions to certain diseases or conditions, are all encapsulated within our genes.

Lying deep within that tiny fraction of a difference are some really weird and downright uncanny capabilities in some, rare cases. Here are 7 actual “superpowers," due to genetic mutation. Which of these real-life superpowers would you want?

Think Wolverine's adamantium skeleton is impressive? Well, it is. But there's a superpower in real life that's sort of like that, unbreakable bones. The LRP5 gene is responsible for many bone ailments, including juvenile osteoporosis. What's remarkable is, a mutation associated with this exact same gene can have the opposite effect. Yale researchers discovered the mutation among one particular Connecticut family. They have bones that are super strong and extremely resistant to breaking. Understanding this phenomenon may help medical researchers work up a novel cure for osteoporosis.

About 12% of women have it. But possessing the gene doesn't guarantee you'll develop the ability. What scientists have noticed is, those who carry the mutation and encounter a number of different colors, constantly, from a young age on, often develop it. Scientists are now just beginning to develop an understanding of this condition.

Who wouldn't want to be stronger? Well, those with a mutation in the MSTN gene don't. Their muscles are already amped up, due to a lack of myostatin—a protein which tells the muscles when to stop growing. Animals who lack the protein often grow large, muscular bodies that contain very little fat. In humans, this mutation allows one to reach a muscle mass double that of the average person and stay muscular, without having to do much to keep it up. Imagine drinking enough arsenic to kill an ox, only to walk away whistling, without any health effects, whatsoever. In a small village in Argentina, the residents call this their daily life. 6,000 of them drink from a water supply laced with 80 times the amount of arsenic needed to kill anyone. This population has been drinking from the same source for thousands of years. As a result, they've developed a mutation of the gene AS3MT, which helps push potentially dangerous substances out of the system.

Ever wanted to run incredibly fast? Although comic books powers are overly dramatic, there are folks in this world who display exceptional athletic ability, including running. The mutation here is located at gene ACTN3, also known as the “sports gene." This involves how fast muscles move, allowing them to flex faster for running and other physical activities. A 2008 study found that lots of top runners and athletes possess the mutation.

Actress Marilu Henner explains what it's like to have hyperthymesia.

The brainiac is a troupe in superhero lore that we never tire of. In real life, there are those who remember every detail of every day they've ever lived. Know what you ate for breakfast on this date exactly ten years ago? What was in the news? Who did you speak to? What did you do? Those with hyperthymesia can tell you everything. Basically, it can be explained as having a super memory or an autobiographical one. So far, there are 25 confirmed cases. Actress Marilu Henner from the '70s sitcom Taxi, is one.

Although it's assumed that there's a genetic basis, so far no one has nailed it down. There are certain neurological phenomena that come with the condition, however. Each person with hyperthymesia has a larger caudate nucleus—a part of the brain which helps us process and store memories.

There may also be a strong link between the caudate nucleus and the temporal lobe, an area responsible for sensory input, emotion, language, memory, and comprehension. Those with hyperthymesia often exhibit obsessive-compulsive behaviors. In fact, some experts believe the condition may stem from a compulsion to constantly revisit one's memories.