5G networks debut at the 2018 Winter Olympics, changing how we experience sport

Events, entertainment, and transportation are literally being transformed during this year’s Olympics. 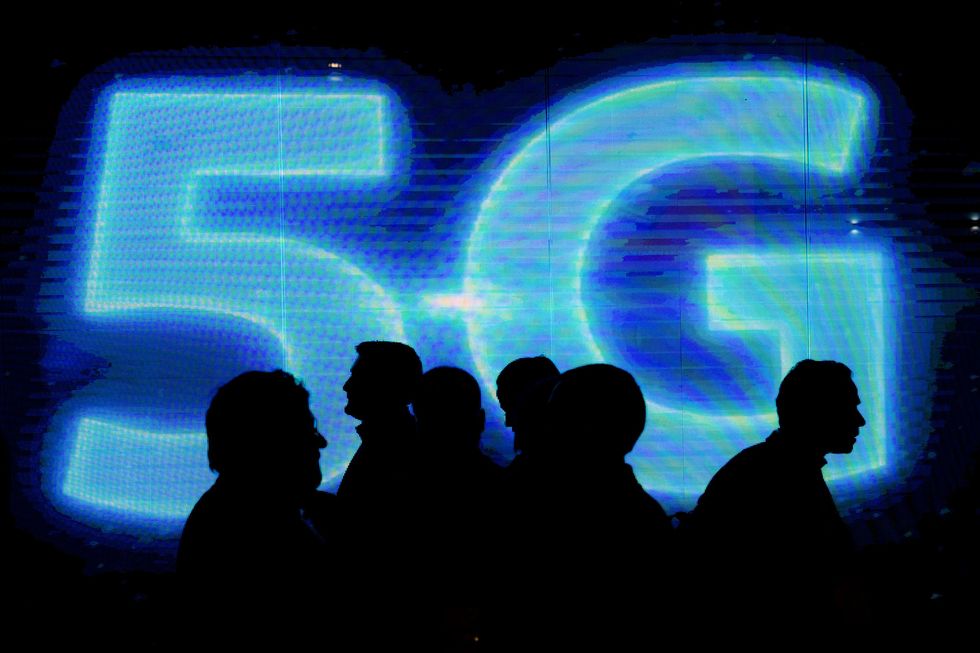 South Korea has the fastest internet in the world. But this tiny, tech-obsessed republic isn’t satisfied with that. What was just a few decades ago considered a flyspeck, rice republic is today a global tech hub and economic powerhouse. Much like post-war Japan, exports have become its bread and butter. And so, South Korea sees the 2018 Olympic Winter Games as a stage to exhibit its innovative spirit and technological prowess. The specific focus is its progress on 5th generation wireless telecommunications (5G).

KT Corporation, one of South Korea’s largest Telecoms, is offering 2018 Olympic spectators a 5G experience, allowing them to watch events in HD video, either on a 5G equipped tablet or VR headset. Events are streamed live nearly in real time. The delay is one millisecond, much too short for a human to notice. That means you could watch a bobsled zoom down its track at 125 mph through an athlete’s head cam and feel as if you’re in it. Some snowboarders will wear 5G headcams as well.

Four Olympic stadiums and an exhibition area are now equipped with 5G, as of Feb 13. Visitors are able to stream speed skating, figure skating, and ice hockey, and can even pick the viewpoint from which they watch. One can also follow the progress of a cross-country skier and check out different vantage points due to multiple 5G cameras mounted along the track.

Another cool option is TimeSlice, which utilizes 100 cameras set up around Gangeung Ice Arena. This allows for a 360º look at, say, an ice skater performing a pirouette. You can also pause the action and look at what the athlete is doing from one of any number of different vantage points. Olympic spectators can also visit the Gangneung 5G promotional space, where they can carry the Olympic torch or play ice hockey through a VR headset. Selected guests will even be able to take a ride on a 5G enabled, self-driving bus.

A dove made of handheld LED lights used by performers in the opening ceremony of the 2018 Winter Games, meant to symbolize peace. Credit: Getty Images.

5G already impressed the world when, during the opening ceremony, 1,200 LED candles held by performers formed an enormous dove. “Brightness and flickering of the candles had to be synchronized with the music and performers’ movements,” a KT official told The Korea Herald. “This could be possible because of 5G’s super low latency and seamless connectivity in controlling the candles.”

KT Corp., formerly Korea Telecom, is striving ahead of rivals SK Telecom and LG U+, who have also put forth 5G plans. Their visions haven’t been as clearly focused and concrete, however. During a joint ceremony on Jan. 31, KT Chairman Hwang, Chang-gyu announced, “We are showcasing the world’s first ‘5G Olympics,’ running the first large-scale 5G network system in PyeongChang two years before the expected timeline.” South Korea plans to see a massive rollout of 5G a year before the rest of the world, in 2019 rather than 2020.

How 5G was first used, however, was not as impressive. The streaming technology helped to scare away wild boar from the Olympic site, using tiger sounds, strategically released gases, and beams of light. Wild boar have apparently become quite a nuisance to farmers in this rural province.

Virtual reality (VR) is also becoming a big deal at this year’s Winter Games. 5G cameras capture footage of dozens of events and stream them directly to VR headsets. Intel and Samsung helped to provide the 5G Olympic spectators are enjoying. While Intel and NBC are helping with the app used with VR.

A 5G equipped VR headset allows spectators to experience Olympic ice hockey as if they were on the ice. Credit: Getty Images.

With 5G, you can download a movie in HD in just two seconds. It promises speeds of at least 20 gigabits per second, if not faster. Experts say fifth generation wireless is at least ten times faster than its predecessor and has a response time of less than 0.001 seconds.  But 5G isn’t just set to change events and entertainment. It will produce an interconnected web of smart devices that will offer never-before-seen options and capabilities.

Known as the “internet of things,” all of our devices and home appliances—from the fridge and coffee maker to the car, our dog’s collar and our smartphone—will be interconnected and communicate with one another on our behalf. Public infrastructure like stoplights will be connected to a 5G network, too, going on and off when it makes sense rather than at uniform intervals. Drones, self-driving car, robots, wireless sensors, and A.I. will all help find ways to better manage work, education, transportation, healthcare, and offer new options never dreamed of.

In fact, engineers are having a hard time predicting all the changes that’ll come, as is often the case with a paradigm shift caused by disruptive technology. One good thing for companies which is bad for consumers is that 5G will need a whole new generation of tablets, smartphones, and computers in order to access it. Around one billion people worldwide are expected to embrace 5G within the next five years.

The internet of things will operate on what’s known as “network slicing.” Using bespoke networks, each device can receive the exact kind of connectivity it needs. Some current drawbacks include that telecoms aren’t sure what vulnerabilities 5G networks may have, a serious concern in a world where hacking is becoming an increasingly serious threat. Also, it’ll cost consumers more and telecoms will need to set up more antennae and other equipment, which may mean a slower roll-out than with 4G.