What detoxifies a negative work environment?

This could lead to a small 3D printer used by soldiers to quickly make anything needed in the field. 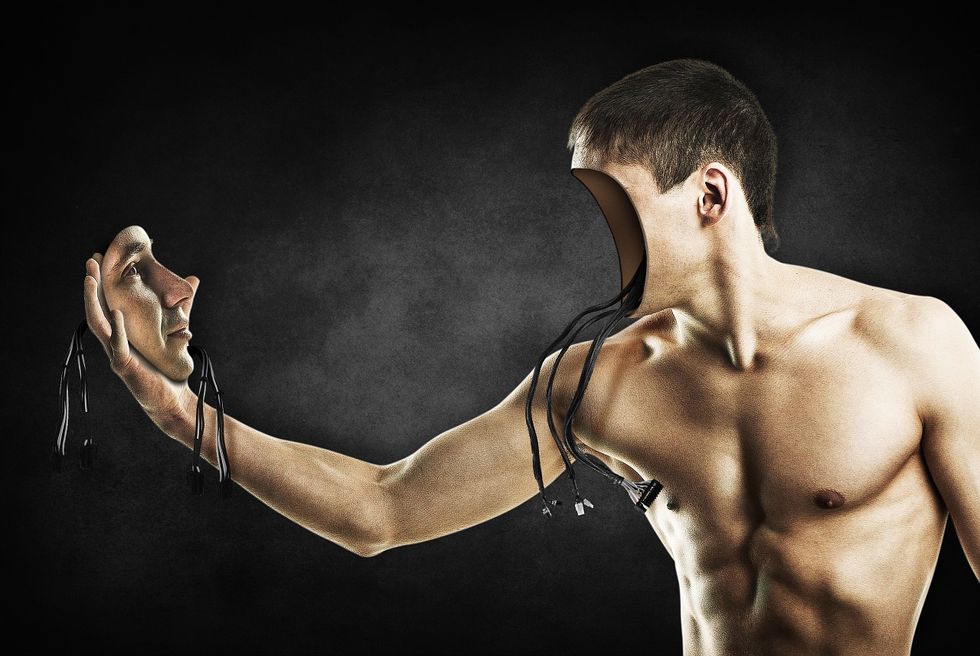 A new 3D printed “Bionic Skin” developed at the University of Minnesota, is a stretchable, electronic fabric, which would allow robots to gain tactile sensation. The results of this study were published in the journal, Advanced Materials. Scientists have been dreaming of artificial skin since the 1970s. Thanks to funding by a division of the National Institutes of Health, we are much closer to making it a reality.

Michael McAlpine was the lead researcher on this study. He’s a mechanical engineering associate professor at the university. In 2013, while at Princeton, McApline gained international attention for 3D printing nano-materials to fashion a “bionic ear.” For this project, Prof. McAlpine enlisted graduate students Shuang-Zhuang Guo, Kaiyan Qiu, Fanben Meng, and Sung Hyun Park.

This could change the calculus on options offered to amputees. Getty Images.

Dr. McAlpine and his team created a unique 3D printer unlike any in the world. The device has four nozzles, each with several different functions. To print on the skin, the surface is first carefully scanned for its contours and shape. The printer can follow any curvature. Then, once the surface area has been mapped out precisely, printing can begin. McApline and colleagues were able to print a pressure sensor on a mannequin’s hand.

The base of the “skin” is silicone which when distributed via nozzle, came out as a gel. This contains silver particles to help conduct electricity. A coiled sensor was then printed in the center. Following that, the piece was engulfed in more silicon layers. Above and below the sensor lay electrodes in the form of a conductive ink. At last, a final, temporary layer was printed to hold everything together, while it solidified. The whole thing was just 4-millimeters wide and took mere minutes to carry out. Once it dried, the last layer was washed away, revealing a patch of artificial, conductive “skin,” able to stretch up to three times its original size.

Most 3D printers use plastics set at high temperatures. The fact that this technique uses materials that can be stored and utilized at room temperature offers a remarkable advantage. The results are stretchable sensors that can be applied in a number of different areas and printed right onto the human body. McApline calls it a paradigm shift in 3D printing. “This could take us into so many directions from health monitoring to energy harvesting to chemical sensing,” he said.

In addition to advances in robotics, this could lead to bionic capabilities in humans. Scientists here would weave electronics into the body itself. One possible application, wearable technology that can help soldiers detect explosives, chemical, or biological weapons. A medic might also print out what’s necessary to patch up an injured comrade.

"You can print electronics directly on the body out in the field, using something you carry around in your backpack," the professor explained. He cautioned, “While we haven’t printed on human skin yet, we were able to print on the curved surface of a model hand using our technique.” He added, “We also interfaced a printed device with the skin and were surprised that the device was so sensitive that it could detect your pulse in real time.”

One of the best parts is, the manufacturing component has already been worked out. Usually, inventions such as this get bogged down when it’s time to scale up. The production process often takes years to iron out. One thing they will explore however, is different semiconductor inks.

This brings up the question, how close to human do we want robots to become and vice-versa. Pixababy.

For the next major experiment, researchers hope to print such a “skin” on a real human. Other applications include improving laparoscopic surgery and returning the touch sensation to burn victims. Those with prosthetic limbs might also regain their sense of touch through artificial skin. On another front, this breakthrough could revolutionize mass produced products, such as drones. What comes after that?

There is great interest by companies such as Boston Dynamics [a private company that builds advanced robots] to create robots which behave and act more and more like humans. This is an important area. Equally as important from my standpoint is giving humans the ability to be more and more like robots, which means imparting bionic functionalities onto humans, which augment their capabilities beyond the limitations of biology.

There may even be applications which are heretofore undiscovered. “The possibilities for the future are endless,” the professor said.

To see the printer and process for yourself, click here: