One of the better-known Steve Jobs quotes is this one right here:

“The only way to do great work is to love what you do. If you haven’t found it yet, keep looking. Don’t settle.”

I mean… hey. It was easy for him to say that because he was a fabulously wealthy person whose own passions happened to coincide with major market opportunities. Most of us, though, have to pay the bills, and we often simply stumble into careers that serve that need. Still, a single lifelong career is becoming rare, and we may have no choice but to switch careers a few times over the course of our working lives — looking back just a little, the average baby boomer had 11.7 jobs between 18 and 48. For many, a career change is a source of anxiety, but it can also present a thrilling chance to finally do what you love, especially in the sciences.

While it’s true that the bulk of PhDs are earned by people in their 20s and 30s, the U.S. National Science Foundation reports that over 13% PhD recipients are older than 40.

The fact is that few of us even know what truly fascinates until we’ve had the chance to experience the world and grow up a bit. Another thing happens as you mature: you’re likely to become competent at a variety of things over time, competencies that can serve you well in a new field, and that can make you additionally attractive to people who may be hiring.

Nature spoke to neuroscientist Stuart Firestein of Columbia University. His first career was as a stage manager and lighting operator for a theater company in San Francisco. He worked there until his late thirties when he left that job to pursue his PhD. Theater might seems about as far from neuroscience as one can get, but Firestein feels that learning scripts helped him to develop his memorization skills and that bad performances helped him learn to appreciate failure as a way to move forward, a perspective that typically requires a certain maturity. He even wrote a book about it, called Failure: Why Science is So Successful. 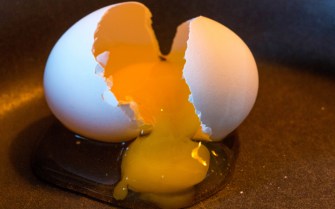 Having ongoing financial and family needs to meet means having to think strategically about getting the training a new career demands, but your first career can help you finance your second. Robert Hevey, 63, also spoke to Nature about his career change. He’s studying biology and conservation at Northwestern University and the Chicago Botanic Garden after a career in business and finance. Bitten by the botany bug, he began studying at the Botanic Garden in the early 2000’s, gradually earning a masters at night over the course of six years before finally quitting his job to go for his PhD.

Certainly the self-confidence that comes with maturity is also an asset, according to CareerNews.

One obstacle that’s commonly experienced by career-changers is ageism. While a study by AARP finds that workers typically begin experiencing age bias around 50, the fact is that some industries are so dominated by people in their early 20s that one can be made to feel old before hitting 30. This may be part of the reason sciences hold such promise for people changing direction. In this field, after all, your value you is more likely to be judged strictly by what you know and what you can do. 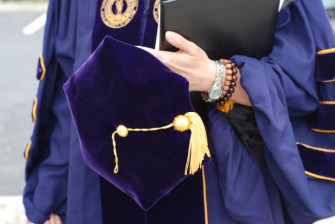 As an adult with responsibilities, it can feel like one should get permission to leave a career to go and do something close to your heart. The data may offer the desired benediction, though of course, there’s no guarantees of success. Still, as a survey conducted by the the American Institute for Economic Research revealed, a whopping 82% of respondents successfully changed careers after the age of 45. As another switcher, pharmacology professor Oné Pagán, told Nature, “It doesn’t matter if you’re going to start at 20 or at 40 or at 60. Just do it.”

Related
Hard Science
Some earthquakes last for seconds, others for minutes — and a few for decades
What do you call it when the Earth shakes for three decades?
Sponsored
What childhood “money story” is shaping your financial behaviors?
Here are the signs that you inherited “money anxiety” from your parents.
The Present
The “maritime Indiana Jones” who salvages shipwrecks now wants to tow icebergs
Simple physics makes hauling vast ice chunks thousands of miles fiendishly difficult — but not impossible.
Neuropsych
Inside the brains of aging dogs
In a citizen science project, thousands of pet dogs are helping scientists to understand what happens to memory and cognition in old age.
Neuropsych
The most common source of awe might surprise you
It’s us.
Up Next
Personal Growth
Holdin’ on for a Hero – Nancy Koehn – Think Again – a Big Think Podcast #120
What’s a real leader anyway? Harvard historian Nancy Koehn mines history for some answers.