You didn’t always like wine or scotch or whatever spirit moves you. Maybe you acquired that taste by combining it with more familiar tastes, probably your favorite foods. When done right, pairings — wine and food, liquor and food, wine and chocolate; pick your poison — somehow end up greater than the sum of their parts while allowing you to appreciate those parts even more. If you’ve resolved to be more cultured in 2016, perhaps by sophisticating your taste in art and music, here are some art and music pairings that might help you reach your goal.

The idea of pairing art and music isn’t new, of course. Research focusing on the “synergizing” of music and art arrived at some interesting conclusions about increased appreciation and understanding and, for the initiated, new perceptions that shook up previous judgments. Many museums feature music (usually period-appropriate music) as part of their overall presentation. Taking the art-music coupling to another level, artist-musician Yiannis Kranidiotis created a computer program to translate the colors in a painting into corresponding sound frequencies so you can “hear” what a painting would sound like.

Like any kind of pairing, mine is totally idiosyncratic and reflects my own biases. Your sommelier might not admit that, but I will. The purpose is to give you a starting point from which you can form your own opinions and biases. Here are some other ground rules: 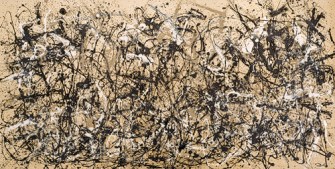 By pairing up the modern Pollock drip paintings (such as Autumn Rhythm (No.30), shown above) with Bach’s baroque music, I’m trying to draw a connection between the complexity and fluidity of both art forms. More importantly, I’m trying to make you feel the rhythm in both Pollock’s brush strokes and Bach’s Cello Suites. If you’ve never taken to Bach before, you probably miss how much Bach moves. The movements of the Cello Suites all come from types of baroque dance: allemande, courante, sarabande, minuets, bourrées, gavottes, and a closing gigue. So, try to see the dance in Pollock’s painting while you hear the dance of the cellist’s bow (old-school soulful if you go with Casals; crystalline-pure emotion with Ma).

(Note: The obvious art-music pairing for Pollock is usually the Bebop Jazz that was contemporary with his art. If you go in that direction, listen to classic Charlie Parker or John Coltrane. If you’re looking for a higher degree of jazz difficulty, however, listen to Ornette Coleman‘s 1958 album Something Else!!!! The Music of Ornette Coleman [full album here]. Jazz is still trying to catch up with Coleman, who just passed away in 2015.) 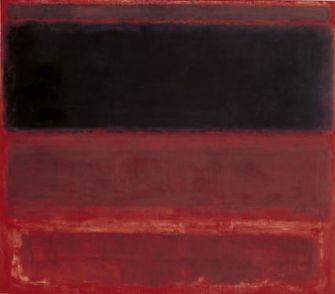 If you really want to encounter and feel a Rothko (such as Four Darks in Red, shown above), you need to ramp up the Romanticism. Rothko himself loved Wolfgang Amadeus Mozart and would blast Mozart’s operas while painting, but he also had a soft spot for the more Romantic Franz Schubert. You can’t go wrong with Mozart or Schubert, but if you really want emotion, listen to the last of the great Romantics (and first of the great Modernists), Gustav Mahler. All of Mahler’s Rückert-Lieder drip with emotion, but I suggest standing face to face with a Rothko and listening to baritone Thomas Hampson’s version of “Ich bin der welt abhanden gekommen” (in English, “I have lost touch with the world”). You’ll get in touch with emotional depths you never knew resided in your jaded, chilly soul. 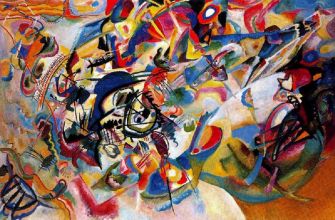 Pairing 3.Wassily Kandinsky and Charles Mingus“Better Git It in Your Soul” or “Haitian Fight Song.”

Kandinsky’s usually criticized for being too calculated, too coolly composed, yet there’s a definite rhythm to his works that makes them deceptively musical. They’re not just musical — they actually swing! Duke Ellington may have said “it don’t mean a thing if it ain’t got that swing,” but I’m going with Duke disciple Charles Mingus’ more riotous works, such as “Better Git It in Your Soul” or “Haitian Fight Song.” Just try fighting the urge to move to the groove when you stand before one of Kandinsky’s innocently titled “compositions” (such as Composition VII, shown above) and listen to Mingus and his band tear it up. 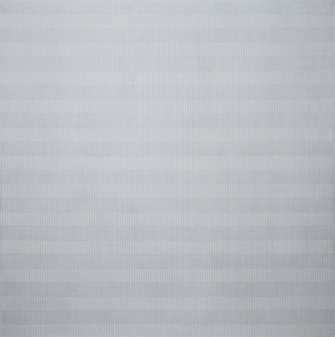 Here’s where the art-music pairings get a little more challenging, but still can be enjoyable. Minimalism’s a tough sell for people who want big and bold. If you learned to love Pollock and Bach and Kandinsky and Mingus earlier, Agnes Martin and Keith Jarrett might feel like someone hit the brakes too hard, or they might be the perfect counterpoint to add depth and new dimensions to your art-music education. Jarrett’s 1975 solo piano album The Köln Concertbegins simply and barely with just a man playing a motif on a piano, but you can feel the layers build and depths reveal themselves over time. Martin’s minimalism requires the same kind of time and dedication, but promises the same kind of reward. 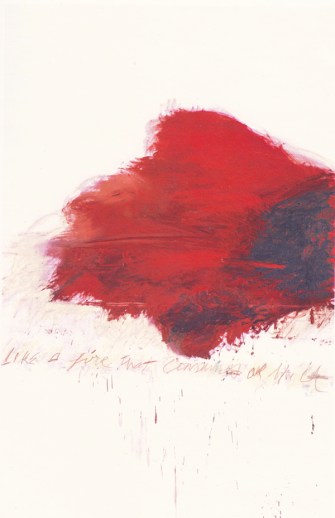 Image:Cy Twombly. Fifty Days at Iliam. The Fire That Consumes All Before It, 1978. Image Source:WikiArt.

This final pair is the toughest challenge. It’s the one pairing that the sommelier slips into the meal that’s meant to disturb and discomfort you. Cy Twombly’s art and John Cage’s music definitely push me to the edge of my own zone of appreciation, but it’s a good hurt in that it stretches my aesthetic muscles. If you’ve ever turned and ran from Twombly’s scribblings (one example shown above) or covered your ears from Cage’s compositions, maybe two negatives make a positive in this case. How do you know the cocktails you’ll never order again from the ones you’ll love forever? You have to taste them for yourself. Give these artists (and insert the name of any other challenging artists here) a try. You may surprise yourself.

Finally, the most important thing about this exercise is to have fun and keep an open mind. If this feels like homework, stop. Wait for a moment when it feels like an adventure where the reward is learning something new about yourself, which is what resolutions (which shouldn’t be reserved for January 1st) are really all about. Please share in the comments your results with these pairings, any tinkering you may have done with my suggestions, and any new pairings you come up with. Sharing is caring.

Why are we made of matter and not antimatter?

Image credit: Gemini South image of NGC 5426–27 (Arp 271) as imaged by the Gemini Multi-Object Spectrograph.The laws of physics appear to be symmetric between matter and antimatter. But the […]