In the region of Cilento in Southern Italy, villagers in a constellation of nine communities show remarkable longevity, even though the inhabitants are prone to being overweight, drinking wine, and smoking cigarettes. It has to be more than coincidence, researchers at UC San Diego thought, since hundreds of inhabitants see their 90th birthday and beyond. They recently looked more closely at the exceptionally old in these communities to try to figure out why.

Having a Mediterranean diet and enjoying plenty of outdoor exercise helps. But it’s more than that. Researchers in this study looked at what psychological traits the people had and how it contributed to their longevity and well-being. They isolated five. Those who were optimistic, resilient, stubborn, hardworking, and family-oriented, tended to live longer and enjoyed better psychological health. Dr. Dilip Jeste was the senior author in this study. He’s a professor of psychiatry and neurosciences at UC San Diego’s School of Medicine.

Dr. Jeste said that while most previous research looked at genetics, diet, exercise, and other physical traits, this is the first to look at what the psychological characteristics contributed to longevity. The results were published in the journal International Psychogeriatrics.

Alan Maisel of UC San Diego was also part of the project. He’s spent his professional career studying the very old. Maisel said of the Italian group, “They have less Alzheimer’s, they have less cataracts, they have less bone fractures. We don’t see any heart failure, they have high blood pressure, but the heart seems good in practically everybody we’ve measured. So there’s something there.” 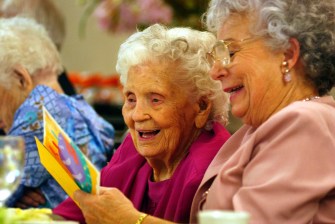 Jeste, Maisel, and colleagues started by recruiting 29 seniors from rural villages in Cilento. Each was between the ages of 90 and 101. They also spoke with 51 family members aged 51–75. A mix of quantitative rating scales and semi-structured interviews were employed.

The researchers collected volunteers’ life stories, evaluated their personalities, and examined their culture, traditions, migrations, beliefs, and traumas. Then, each was given a number of questionnaires including the Patient Health Questionnaire and the Perceived Stress Scale.

Surprisingly, older adults showed high levels of well-being and lower levels of anxiety and depression than their younger counterparts. A stronger relationship to religion, to the land, and having a sense of purpose in life, contributed greatly to their health and longevity. These results show that psychological traits may play a critical role in how old we get and how well we feel in the upper reaches of our lifespan.

Anna Scelzo hails from the Department of Mental Health and Substance Abuse in Italy. She was the first author on this study. Scelzo said, “The group’s love of their land is a common theme and gives them a purpose in life. Most of them are still working in their homes and on the land. They think, ‘This is my life and I’m not going to give it up.'” 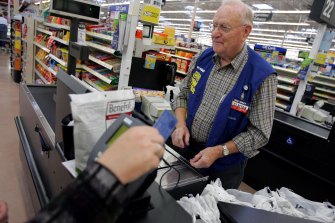 Though the seniors had worse physical health than their younger brethren, they had better mental health. Also, the long-lived adults were not only stubborn, they were often domineering and needed to feel in control. This could mean that they believed in their ideas and stood by their principles. These super seniors also had a lot of self-confidence and good decision-making capabilities. As Prof. Jeste said, “This paradox of aging supports the notion that well-being and wisdom increase with aging, even though physical health is failing.”

Researchers plan to continue to study these adults and further tease out what biological and psychological markers account for their stellar health and longevity. In the report, researchers wrote, “Such studies may pave the way for developing novel biological as well as behavioral interventions to enhance positive traits in younger individuals too, thus promoting not only longevity but also health, well-being, and happiness in later life.”

If these traits aren’t natural to you, there are some ways you can cultivate them. Consciously try to think more positively. Periodically point out the good things and people in your life. Few things make one more optimistic than gratitude. You can develop optimism as a habit of mind, which over time will naturally take root.

Make an effort to reach out to friends and family. Find work you feel is meaningful and fulfilling. And as for resilience, try to restructure the way you look at negative aspects of your life and find a positive side, even if you just chalk it up to a learning experience.

For more on becoming happier, which can lead to greater longevity, click here:

Related
Life
Our antidepressant drugs are affecting animals and ecosystems
A toxicologist explains the impacts of antidepressants on fish — and no, they’re not getting any happier.
The Past
Ancient migration: Bering Strait land bridge from Asia to North America was not a one-way road
Ancient humans crossed the Bering Strait land bridge from Asia into North America. But some of them went back.
Sponsored
Want to boost your happiness? Buy experiences, not material possessions
Some experiences continue to pay dividends time and time again.
High Culture
Did Paul Cézanne hide an early self-portrait underneath a 160-year-old still life?
To answer that question, we may have to figure out when the famed painter started to go bald.
Strange Maps
Dutch government releases a genuine treasure map from WWII, sparking a hunt for the loot
X marks the spot. The Dutch town of Ommeren has been swamped by detectorists armed with shovels looking for $20-million treasure.
Up Next
Hard Science
How to Outsmart Your Brain’s Inbuilt Xenophobia
Evolution has trained your mind to create in-groups and out-groups in a flash—but the lines are more flexible than you think.