Paul McCartney once wrote, “Father McKenzie is writing the words to a sermon that no one will hear,” and that sentiment is coming true. With a few exceptions, church and synagogue attendance in the U.S. has been declining at an “alarming” rate. Empty pews are upending the traditional congregational bricks and mortar business model, even posing an existential threat for many of our religious institutions. According to Harvard professor Robert Putnam, we are living through the greatest social transformation in American history: “The disaffiliation and de-institutionalizing of the American parishioner.” The forces of disruption are weighing heavily upon the religion industry in America.

Alarming? Existential threat? Certainly, if you are the head of a congregation or a regular attendee at worship services. But according to Pew Research, the fastest growing religious demographic in America is “None.” That’s None, not Nun. If you are one of the Nones—people with no affiliation (or disaffiliation) with a religious institution—this may well be a liberating experience. Not affiliated or disaffiliated does not necessarily mean that Nones have no religious or spiritual needs and yearnings. The Nones are taking matters into their own hands as they seek to fulfill their unmet needs through innovations in the religious and spiritual domains.

There is a duality to Putnam’s cautionary tale. Do the current dynamics represent a crisis or a golden opportunity? It’s enlightening to view this institutional disaffiliation through the lens of the highly problematic cord-cutting that still plagues the Pay TV industry. Cord-cutting does not mean these viewers, particularly the younger demos, aren’t consuming their favorite content. They are consuming it in different ways and on different screens.

For the Nones, this very well might be less a matter of whether they are abandoning their religious and spiritual needs and yearnings, and more a matter of existing resources just not getting the job done. Perhaps this demographic is just looking for new religious products and services that are simpler, cheaper and more accessible or a repurposing of the existing portfolios. Like attendance, our attention spans are also on the decline. Those of you familiar with Clayton M. Christensen’s framework of disruptive innovation theory might recognize the language. Better prepare yourselves for disruptive spiritual innovation on a grand scale. 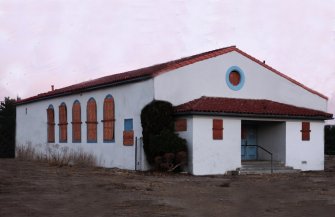 It is estimated that an additional 7,000-10,000 houses of worship will close this year for the tenth year in a row. Vacant churches are now becoming weed-infested distressed properties. Some have been converted into chic apartments, nightclubs, and indoor skateboarding parks—hardly scalable solutions. As attendance dwindles, our incumbent religious leaders are facing the music. Unfavorable demographics and changing consumer behavior up the ante for sheer survival as religion is increasingly becoming a hit-driven business model with only tent-pole holidays—Christmas, Easter, Rosh Hashana, Yom Kippur, and a small handful of others—that sell out. The rest of the calendar is full of empty seats; low utilization rates result in many churches permanently operating well below break-even with few solutions on the horizon.

So, what’s gone wrong? One explanation is the current portfolios of religious products and services just aren’t getting the job done for more and more Americans. It might be wise for the incumbent religious institutions to look at two unexpected phenomena that shook up the pay-TV and music industries: cord cutting and unbundling, respectively. 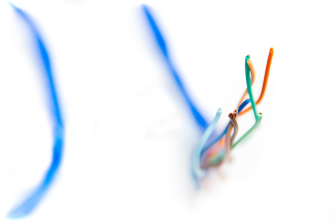 Last year, 20-plus million American consumers disconnected their expensive cable and satellite services. This ongoing trend of cord-cutters, coupled with an additional 20 million cord-nevers, has shaken the industry to the core. The pay-TV cable and satellite customer gets almost 200 channels, yet they only watch on average 18 or so—but they have been paying for the other 90% they don’t watch. And why did pay TV charge so much? Because they could. Through bundling, which severely limited the options for the consumer. That is… until now. The once-dominant HBO is now being challenged by Netflix and Amazon.

Similarly, the major music labels suffered greatly from the advent of the MP3 file which they dismissed as unviable. They believed the sound quality was unacceptable to the consumer. Napster quickly established the MP3 proof of concept but was deemed to violate copyright laws, was deemed illegal and quickly failed—but not before attracting the attention of Steve Jobs whose epic vision for the iTunes and iPhone juggernaut was the coup de grace for the music industry’s business model. Music downloads and subscription streaming services have fundamentally changed the entire business model for the music industry. For the music and cable industries, the raft of technological innovations, management missteps and unanticipated changes in consumer behavior caught the incumbents off guard. And Apple controls 70% of the digital download music business with the streamers, Spotify and Pandora, growing rapidly.

But it was Jobs’ brute force that led to the unbundling of the standard album that was once the mainstay of the industry; now consumers could buy the one or two singles they really wanted for 99 cents rather than having to buy the entire album for $17.99. Another force at hand was consumers could now become creators using software and relatively inexpensive equipment in home studios. Remixes and mashups were commonplace. Discovery of new artists started to displace the stranglehold of the Top 20 gatekeepers and the A&R mavens at the labels; these days, everyone is a curator and hot playlists create a new form of status, and Scooter Braun discovered Justin Bieber, one of the biggest artists of the 21st century (like it or not) on YouTube. The cable industry found that their once-untouchable bundles, much like albums, could also be dissembled. VOD, a-la-carte, and skinny bundles, when coupled with cord cutting, are posing a real threat to their once-stable business models. 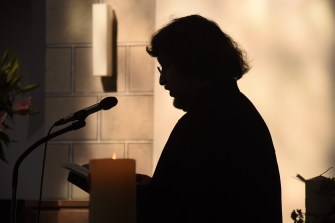 Could this happen with religion?

At first blush, innovation in religion might seem counter-intuitive or even oxymoronic. Yet over the millennia, religion, writ large, had developed a powerful set of accountability technologies (think heaven and hell) and a robust set of moral apps (the Ten Commandments, Christmas, rosary beads, the Sabbath, last rites, Gregorian chants)—products and services that were supposed to get a job done. But over time the traditional products and services embedded in the rituals, dogma and creed became too inaccessible, too complicated and lost sight of the fundamental task or goal to be accomplished. These products and services were no longer particularly useful for increasingly large numbers of people and have almost completely lost their grip on Gen Y and Z.

The cable and music industries can offer some valuable lessons for our traditional religious institutions. They too are facing cord-cutting (at least figuratively speaking) and the unbundling phenomena. Today any religious practice, text or piece of wisdom can now also be mixed, mashed up, shared on social media—unbundled with great ease with no intermediaries or authorities involved. Linear religious programming, i.e. services on Sunday at 10:00 a.m., is being supplanted by non-linear consumption in both time and space. Can binge-watching be far behind?

This unbundling by the consumer, and the ensuing mash-ups that cross religious and spiritual boundaries, is becoming commonplace. The disaffected customer seeking spiritual nourishment is increasingly taking matters into their own hands, becoming curators and creators in the religious spheres as well becoming religious and spiritual DJs. New spiritual ecosystems are starting to emerge as new business models are being formulated in real time. While the iPhone may have already become a sacred object, one can easily foresee an iTunes model for religion and spirituality. The gig economy now also applies to the religious sole practitioners, be they rabbis, priests, scientists, artists or new age shamans.

A new breed of religious leaders will need to re-engineer their skill sets, cultivate new communities and re-imagine the sacred practices and spaces. But the consumers’ new-found power that comes with curation, personalization, and customization comes with a new level of responsibility and accountability to assure that they understand the job to be done: building community and helping people flourish. If these new products and services are good enough to get the job done then disruption and, in many cases, a decimation of the religious incumbents will not be far behind. The incumbents must learn to disrupt themselves—a very tall order—or be disrupted by a rabbi and priest in a garage.

Related
Starts With A Bang
NASA’s Habitable Worlds Observatory to finally answer the epic question: “Are we alone?”
NASA has finally chosen which flagship mission, like Hubble and JWST, will launch in ~2040. Detecting alien life is now a reachable goal.
Health
The scientific highs and lows of cannibinoids
Hundreds of these cannabis-related chemicals now exist, both natural and synthetic, inspiring researchers in search of medical breakthroughs.
Strange Maps
The horrors of World War II air war, in one stark map
This graph shows how badly German cities were hit by Allied bombing raids.
Hard Science
Subatomic ghosts shed new light on the structure of protons
A Fermilab study confirms decades-old measurements regarding the size and structure of protons.
The Present
The Taoist philosophy behind Alibaba, China’s e-commerce giant
Alibaba has played a key role in China’s meteoric economic rise.
Up Next
Starts With A Bang
Ask Ethan: Would Life On Earth Be Possible If We Were Anyplace Else In The Galaxy?
How ‘special’ are we for life to have survived and thrived the way it did?While there are hundreds of billions of stars in our galaxy, many with Earth-sized planets at the […]