We’ve known for a long time that married people experience better physical and mental health, just so long as they’re happily married. Last year, a study out of Carnegie Mellon University found that marriage may have stress relieving properties, as those ensconced in marital bliss carry less of the stress hormone cortisol in their bloodstream, than singles or the divorced.

Chronically elevated levels of cortisol can lead to low-level inflammation throughout the body, which is a contributing factor to some of the most dreadful conditions, including diabetes, dementia, and heart disease.

There are lots of other advantages to being hitched, such as a lower risk of depression, heart attack, or stroke. The contently married also have a higher likelihood of living longer, of enjoying better financial health, and surviving cancer, should they be diagnosed. Surprisingly, men actually benefit more from a healthy marriage than women. Now, another study finds that for both sexes, those who consider their spouse their best friend experience even greater benefits. The results were published in the Journal of Happiness Studiesin 2017. 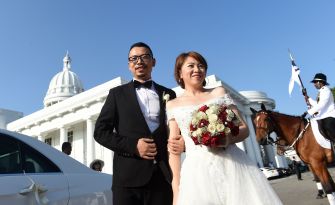 Though previous research illustrated the benefits of a good marriage, there’s been much debate about why this is. Is it that marriage is so good for us, or that happier people are more likely to get married? Another issue, some previous studies found that after an initial bump, satisfaction scores for married couples actually fell to pre-marriage levels.

Here, researchers from Vancouver School of Economics in Canada decided to investigate. They wanted to know if there was a bump in well-being and how long it lasted. They also looked into what effect if any, friendship had on marriage.

Study authors Shawn Grover and John Helliwell studied data-sets collected from two large-scale U.K. surveys, the British Household Panel Survey (BHPS) and the Annual Population Survey. With the former, they looked at the years between 1991 and 2009, and the latter 2011 to 2013. The BHPS had 30,000 participants, and the Annual Population Survey 328,000. The average age to get married was around 30 for a man and 28 for a woman.

Married couples did enjoy greater life satisfaction, researchers found, higher than singles, both among the divorced and never married. But is it short-lived? “Even after years the married are still more satisfied,” Helliwell said. “This suggests a causal effect at all stages of the marriage, from pre-nuptial bliss to marriages of long-duration.” Cohabitating couples showed similar benefits. 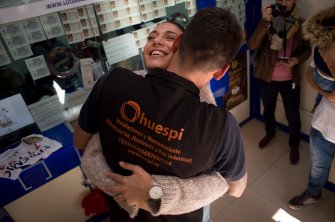 A happy marriage increased life satisfaction for the entire duration of the couple’s time together, researchers found. Credit: Getty Images.

One particularly sunny find was that the increase in satisfaction was sustained through middle-age, a period when happiness dips significantly, only to rise again in retirement. Helliwell said, “Marriage may help ease the causes of a mid-life dip in life satisfaction and the benefits of marriage are unlikely to be short-lived.”

Researchers also wanted to know what role friendship played. Previous studies found that having friends is essential to happiness. Having friends who share our beliefs, known as “super-friends,” are even more crucial. “The well-being benefits of marriage are much greater for those who also regard their spouse as their best friend,” Helliwell said. “These benefits are on average about twice as large for people whose spouse is also their best friend.”

Around half of all married respondents said their spouse was their best friend. Surprisingly, this particular boost was greater for women than men. One limitation is that the findings can only be applied to Western countries.

Related
Starts With A Bang
Ask Ethan: What are white holes, and do they really exist?
In General Relativity, white holes are just as mathematically plausible as black holes. Black holes are real; what about white holes?
Life
Strange life forms create an “alien” ecosystem in an abandoned uranium mine
Slimy biofilms made up of bacterial and eukaryotic life forms have taken over an abandoned, flooded uranium mine in Germany.
Hard Science
Earth has an eerie “sodium glow,” and astronomers use it to image stars
Air currents in our atmosphere limit the resolving power of giant telescopes, but computers and artificial stars can sharpen the blur.
Health
How saliva changes the flavor of food
“It’s a liquid, but it’s not just a liquid.”
High Culture
Why are flood myths so common in stories from ancient cultures around the world?
Could the prevalence of flood myths around the world tell us something about early human migration or even the way our brains work?
Up Next
The Present
Which Kills More Americans… Terrorists or Lawnmowers?
The winner of the Royal Statistical Society’s first “International Statistic of the Year” award provides a shocking insight into the real threats Americans face.