Emotional intelligence (EQ) is a theory developed in the ‘90s by psychologists John Mayer and Peter Salovey. A higher EQ means that you can read people better, are more cognizant of your own emotions, and that you can use this to help fulfill your goals. Emotional intelligence according to its founders has five key components: self-awareness, self-regulation, internal motivation, empathy, and social skills.

Self-awareness is the ability to understand what drives our own moods and emotions. Self-regulation is the ability to control our emotions and impulses. Internal motivation is finding reasons to do noteworthy things, such as for the joy of learning, rather than for some kind of external reward. Empathy is recognizing and understanding the emotions of others, and social skills is self-explanatory.

In the business world, it’s sometimes called EI rather than EQ and is often comprised of four parts: self-awareness, social awareness, self-management, and relationship management. While Salovey and Mayer developed emotional intelligence within academia, the theory became widely popular, thanks to the works of science journalist Daniel Goleman, whose book Emotional Intelligencehit the bestseller list in 1995. 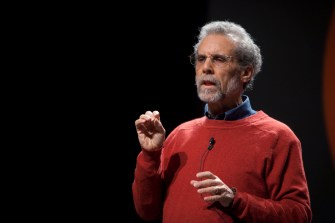 That might not sound like a lot. But an added 7% in productivity due to a high EI, equates to an extra 3-4 weeks’ of completed work at the end of a work year. Added to other qualities an employee might have, such as grit, conscientiousness, or a high IQ, and EI becomes even more significant. Emotional intelligence might have particular importance for those in a leadership role. The old saying is that the fish rots from the head down, meaning poor leadership can eventually poison an entire enterprise. While having exceptional EI allows a manager, teacher, or coach the insight to turn things around.

A high EI allows one to be able to read a room and give subordinates what is needed in order to become successful. It’s important to know for instance, when the group isn’t grasping a key concept, when they’re dog tired, or when morale has been broken. Golden State Warriors Coach Steve Kerr noticed his team had lost their mojo recently. He wanted to find a way to help them get it back. To boost morale, the two-time NBA championship winning coach, came up with a novel approach. He decided to put players in charge of coaching a recent game against the Phoenix Suns. The result? The Warrior creamed the Suns by over 40 points. 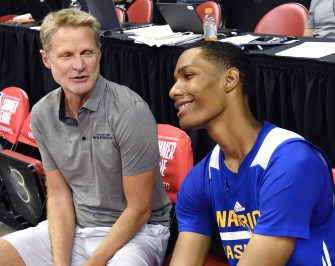 Golden State Warriors Coach Steve Kerr recently took an unorthodox approach to reinvigorate his team’s passion for the game, and it paid off. Credit: Getty Images.

Though not a common practice, this show of trust and respect paid off handsomely. Kerr used his emotional intelligence to realize what was lacking and found a novel way to empower his team. As a result, he completely renewed engagement and buy-in.

Emotional intelligence can also help in dealing with those outside of an organization, such as when you find yourself in the midst of tough negotiations. A recent example is how Uber’s new CEO Dara Khosrowshahi buried the hatchet with executives at Google-owned Waymo, which works with self-driving car technology. Waymo claimed that former Uber executives stole proprietary tech from them, which Uber denies.

After some embarrassing testimony came out during a trial, Khosrowshahi and Uber’s general counsel Tony West began negotiations with Google founders Larry Page and Sergey Brin. The result? Rather than driving toward further toxic revelations, Waymo was given 0.34% in Uber stock and Khosrowshahi, while not admitting guilt, did say that the company could have done things differently in the past. As a result, Waymo dropped the suit.

So how can you measure your emotional intelligence? There are several tests available. One of the most trustworthy is the Multifactor Emotional Intelligence Scale (MEIS), which is based on the original theory developed by Drs. Mayer and Salovey. Another is the Emotional and Social Competence Inventory, or ESCI, developed by Daniel Goleman, Professor Richard Boyatzis at Case Western Reserve University, and researchers at the McClelland Institute at the HayGroup in Boston. One problem, of course, is these options aren’t free.

Related
Strange Maps
The horrors of World War II air war, in one stark map
This graph shows how badly German cities were hit by Allied bombing raids.
Hard Science
Subatomic ghosts shed new light on the structure of protons
A Fermilab study confirms decades-old measurements regarding the size and structure of protons.
The Present
The Taoist philosophy behind Alibaba, China’s e-commerce giant
Alibaba has played a key role in China’s meteoric economic rise.
The Well
Can we condition ourselves to be heroes?
Neuroscientist Robert Sapolsky on the science of temptation, and the limitations of your brain’s frontal cortex.
▸
6 min
—
with
Robert M Sapolsky
Thinking
3 brain games to practice deductive, inductive, and abductive reasoning
Take a closer look at the different types of reasoning you use every day.
Up Next
Personal Growth
The psychology of Nietzsche and how to use it yourself
Psychology and philosophy have always been intertwined, what does one of the more famous philosophers have to say about how you think?