A fair amount of research has been done involving what psychologists call the Big Five personality traits: openness to experience, conscientiousness, extroversion, agreeableness, and neuroticism. It’s been found the extroversion is a trait that has an immediate positive outcome. Unlike introverts, extroverts get happy when they’re socializing, though even the former can get there, too, just by pretending to be extroverted. New research suggests, though, that extroverts may pay a price for their fun, a price that introverts don’t pay.

The study’s authors studied 48 Finnish university students — 41 were women, 7 were men. They found that, though enjoyable in the short term, interacting with others took something out of them because after several hours, they showed evidence of fatigue. For any extroverts, this is good news: It means that post-hang sleepiness is normal. 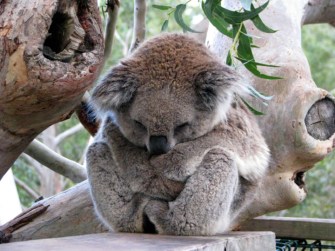 Oddly, this wasn’t true of introverts in the study. It’s long been assumed that dealing with other people is draining for introverts, but this research finds this not to be so. Maybe they just find socializing less natural and enjoyable. We can guess that introverted subjects are less depleted by socializing simply because they invest less energy in it, but the study doesn’t conclude that, being more about correlation than causality.

The research was undertaken as an attempt to confirm or refute the idea increasingly reported in popular media that being extroverted is draining and potentially damaging over the long term. Author Susan Cain’s book Quiet: The Power of Introverts in a World That Can’t Stop Talking has been a healthy seller, and just last week, surprising new research found a link between (presumably extroverted) teens with large social networks and later issues with mental health. 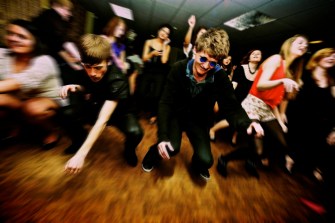 One of the authors of the current study, Sointu Leikas of the University of Helsinki, was interested in learning the longer-term effects of this kind of behavior since studies in the past have tended to view them outside of their full-day context, focusing only on short-term effects. Leikas tells PsyPost, “First, we do not yet know very much about the everyday life behavioral processes — for instance, how our current behavior relates to what we do next, what kind of behavior predicts fatigue, stress, or positive mood etc. However, such processes are interesting both from the scientific perspective and from the perspective of everyday life.”

Leilas cautioned about over-certainty regarding the study’s findings since it involved such a small sample: “It is very important to replicate the results in a new, larger sample with more men, before we can confidently claim that extroverted behavior really is related to later fatigue… It is possible that Introverts actually become more tired — however, if they do, the difference is likely to be very small.”

Questioning isn’t just a way to get the right answer — it’s also a means for sustaining relationships and creative thinking.
Up Next
Smart Skills

Space X Releases Shocking Blooper Reel: How Not to Land a Rocket

“Well, technically it did land… just not in once piece.”