It makes sense that the idea of harnessing one’s mental potential, developing a monk-like focus, and dealing with the stresses of the day with calm equanimity would appeal to business owners and workers. The CEOs of Salesforce, Tupperware, and other corporations claim to meditate daily. Roughly 22% of companies offer mindfulness training programs to their employees. One would expect a burst of Zen-powered productivity from such training, but mindfulness in the workplace may not be quite as desirable is it seems.

Mindfulness, the key feature of most, if not all, meditation practices, is a non-judgmental awareness of the present moment, a specific and self-regulated method of paying attention. This sounds like it would be fantastic for a business—who wouldn’t want a worker focused squarely on the task at hand? In contrast, a recent study demonstrated that mindfulness practices may impair workers’ motivation to complete a given task.

The study carried out a series of five experiments, each designed to replicate the kind of work one would be doing in an office. One experiment had participants editing the cover letters of a potential job-seeker. Another had them copy the terms and conditions of a software program, while another had participants brainstorm as many creative uses for a brick as possible. Unless you work for a brick factory, these aren’t exactly the kind of tasks you would be performing at work. However, they flex the same mental muscles as many tasks in the business world require: creativity, accuracy, and attention to detail.

Prior to performing these tasks, some participants listened to an audio clip guiding them through a mindfulness exercise, while others listened to a clip designed to encourage inattentive mind-wandering. Consistently, the mindful participants reported feeling less motivated to perform the task than the distracted participants, even when they had been offered a financial reward. So, what is it about a non-judgmental awareness of the present moment that kills motivation? 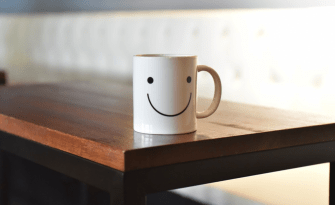 One explanation is that mindfulness, by definition, shifts one’s perspective from the future to the present. A future-oriented perspective is associated with arousal—used here to refer to the state of being physiologically and emotionally alert and at attention. Essentially, people become energized when considering the future. Psychologists have found that anticipating the performance of tasks like an upcoming negotiation, singing, or public speaking increased arousal in subjects.

This is to be expected. Most people would feel a nervous energy if they were asked to sing or speak in public. Beyond nervous anticipation, there’s also evidence that practical, future-oriented thoughts are associated with higher levels of arousal in general. When there is a greater focus placed on the present, this additional energy is absent, impairing motivation.

There’s also the well-known association between the ideas of meditation and moderation. Monks aren’t really known for their expensive taste, and empirical evidence suggests that mindfulness practices decrease financial desire. The participants in this study may have been less motivated to perform the given tasks because they didn’t desire the financial compensation.

This paints a somewhat grim picture of the workplace. Should employers stoke their workers’ fears about the future and encourage greed in order to run a company efficiently? A prior report indicated that being in a bad mood can boost performance; maybe bosses should begin belittling their employees more.

While the results of this study may be generalizable to the workplace, it’s important to remember that the participants were working on tedious tasks that didn’t have any significance for them. If that describes your job to a tee, then maybe your boss won’t want you meditating before the workday. The fact of the matter, though, is that many workers find their jobs to be satisfying to some degree. In a large organization, even tedious work may be more tolerable when placed in the context of the company’s success. What’s more, mindfulness has been tied to a number of positive outcomes, like higher job satisfaction and sleep quality. Unless you feel overly concerned for your employer’s bottom line, setting some time aside each day to practice mindfulness will undoubtedly improve your quality of life.

We don’t know when or how music was originally invented, but we can now track its evolution across space and time thanks to the Global Jukebox.
Up Next
Hard Science

Researchers discover extraterrestrial origins of a chemical essential for human DNA and other cell processes.