Hormones may have us screaming out the almighty’s name in the bedroom, but in a house of worship as well? Ask people the connection among religious beliefs, frequent sex, and our hormones, and you’ll probably receive befuddled stares, and some embarrassed looks as well. But according to researchers at Duke University, oxytocin or the “love hormone,” not only bonds lovers, and mother to child, but can increase religious feelings as well.

Oxytocin is said to illicit the opposite effect of adrenaline. Instead of “fight or flight,” it helps romantic partners get closer, through the “calm and cuddle” response. Oxytocin also plays an important role in childbirth and breast feeding as well. The hormone, which is also a neurotransmitter, builds feelings of trust, empathy, and even sexual pleasure. Researchers at Duke were curious about what other connections it had in human life.

“We were interested in understanding biological factors that may enhance those spiritual experiences,” said Patty Van Cappallen, the study’s lead author. She is a social psychologist at the university. “Oxytocin appears to be part of the way our bodies support spiritual beliefs,” she said. 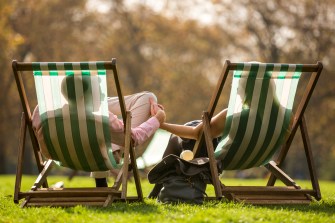 Oxytocin initiates the “calm and cuddle” response, bonding couples to one another.

To conduct their study, Van Cappallen and colleagues recruited 83 middle-aged men. Participants were randomly selected to be a part of one of two groups. One was given an oxytocin-laden nasal spray, while the other received a placebo. Just one week later, two self-assessments were given to the men. Researchers were surprised to find that those who received oxytocin, experienced stronger feelings of spirituality than those who took the placebo. Spirituality was defined as, “One’s personal affirmation of and relationship to a higher power or to the sacred.”

Those who received oxytocin were more likely to say that spirituality gave them meaning and purpose to their lives, regardless of whether or not they adhered to any organized religion, beforehand. Oxytocin, produced in the hypothalamus of the brain, plays a central role in not only bonding, but even altruism. During guided meditation, oxytocin recipients reported experiencing more positive feelings, such as inspiration, love, hope, awe, gratitude, and serenity.

Some participants in the oxytocin group were more susceptible to its effects than others, researchers found. Genetic testing was carried out on each of them. Those who contained a particular gene variant, known as CD38, were found to have a stronger link between oxytocin and spirituality. This gene is known to regulate the hormone’s production within the hypothalamus. 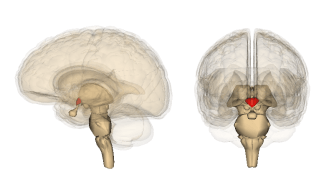 Researchers also found stronger feelings of connection between the self and other humans, among the oxytocin group. They tended to identify more with statements like, “there is a higher plane of consciousness or spirituality that binds all people,” and “all life is interconnected.” This is the first study to provide evidence that spirituality has a biological, and even a hormonal component.

So if it necessary for sexual pleasure, do religious people have better sex, as a result of higher levels of oxytocin? That remains to be investigated. No specific research has touched on the hormone’s role in the sex lives of the devout, yet. The interaction between sex and religion seems downright antithetical, since many religions have strict rules against provocative dress and acting in a sexual manner, and taboos against extramarital or premarital sex.

Yet, studies have shown that those who self-identify as religious are actually more sexually driven. For instance, more pornography is consumed in so-called religious states in the US, than non-religious ones. Unwanted teen pregnancy is also higher in more religious states than those more secular. 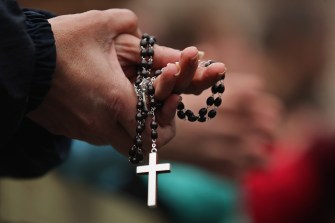 Do Catholics have a better sex life than atheists?

In a 1992 “National Health and Social Life Survey,” 88% of Conservative Catholics said they had a satisfying sex life. Those who attended services the least frequently however, reported the lowest sexual satisfaction. A 1994 study released by Catholic sociologist and priest Andrew Greeley, found that 68% of Catholics have sex at least once per week, over 56% of non-Catholics. Another study out of the University of Chicago, considered the most comprehensive on American’s sex lives to date, discovered that, “having a religious affiliation was associated with higher rates of orgasm for women.”

Not all of the research agrees. A 2011 study, containing 14,500 participants, found that atheists had the best sex lives. Psychologists Darrel Ray and Amanda Brown at Kansas University, found that atheists were more willing to share their interests and fantasies, and were less inclined to be racked with guilt after a sexual encounter. In this study, both the religious and the secular lost their virginity around similar ages, and had about the same frequency of sex per week. Mormons were found to have the most guilt associated with sex, followed by Jehovah’s Witnesses, Pentecostals, Seventh Day Adventists, and Baptists. Ray and Brown found that the stronger their religious beliefs, the more guilt there was associated with sex. 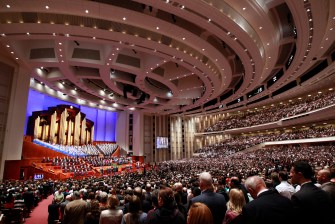 Mormons were the most guilty when it came to sex, one study found.

More research will be needed to get a better sense of this phenomenon, what role the hormonal component plays, and how it interacts with our sexual and spiritual lives. As for the Duke study, the question remains, do women feel stronger spirituality in response to oxytocin? Previous studies have shown that the hormone acts differently in each sex, and this study only used men.

Prof. Van Cappellen did say however that we shouldn’t base the entirety of religiosity, and perhaps sexual gratification, on a single hormone. Rather she said, “Spirituality is complex and affected by many factors.” Even so, “Oxytocin does seem to affect how we perceive the world and what we believe.”

To learn why we have sex to begin with click here:

Scientists ranked countries on their end-of-life care. The U.S. fared poorly.
Up Next
Technology & Innovation