There are about 100 trillion beneficial microbes inside your body right now. That’s an estimate of course. Even so, this is approximately 10 times the number of human cells, so we’re actually more microbe than we are human. The majority of these reside in the digestive tract. Recent research has found that this astronomical number of microbiota plays a crucial role in human health, including how much belly fat we acquire.

Abdominal fat is the worst type. It’s associated with a higher LDL level or “bad” cholesterol, higher insulin resistance, and higher blood-sugar levels. The last two may cause or contribute to type 2 diabetes. In addition, those who are significantly overweight increase their risk of heart attack, certain cancers, and stroke.

There isn’t much we can do about the makeup of our gut bacteria, besides eating a variety of healthy foods and including probiotics into our diet. Research shows that both genes and diet play a role in belly fat accumulation, but which is more influential? Researchers at King’s College London have found out. They accomplished this by looking at what chemical processes take place in the microbiome and which contribute to the accumulation of abdominal fat. Their results were published in the journal Nature Genetics. 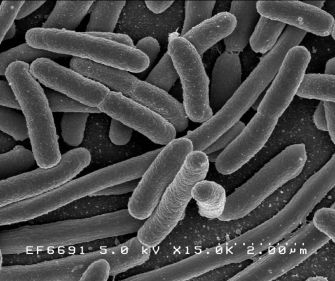 Researchers turned to the TwinsUK study to recruit volunteers. This is a registry started in the early ’90s containing the data of 12,000 twins, both identical and fraternal, from across the UK. Participants range in age from 16 to 98. Initially, 786 twins were recruited; 93% were women. Each gave stool samples for analysis. A follow-up included 230 twins; 98% of these were also female.

Lead investigator Cristina Menni and colleagues set about collecting and analyzing samples from participants. They examined fecal metabolome within each. These are metabolites or molecules associated with metabolic processes. Altogether, 1,116 metabolites were analyzed. Menni and colleagues zeroed in on those associated with fat accumulation in the abdomen. They found that 67.7% of belly fat is attributed to diet and other environmental factors, while 17.9% is influenced by our genes.

Menni told Medical News Today, “This study has really accelerated our understanding of the interplay between what we eat, the way it is processed in the gut, and the development of fat in the body, but also immunity and inflammation.” She added, “By analyzing the fecal metabolome, we have been able to get a snapshot of both the health of the body and the complex processes taking place in the gut.” These findings are encouraging. The power is in our hands, rather than fate’s. 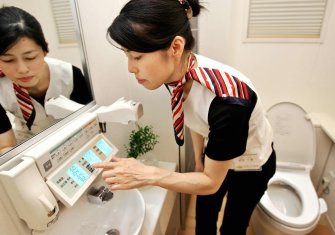 Imagine a toilet that could monitor your health? (Credit: Getty Images.)

More work lies ahead. Consider that there are thousands of different chemicals processed by gut bacteria. Menni and colleagues are now putting together a database based on fecal metabolomes and tying each back to a specific gut bacteria. They believe this will help us better understand the role gut microbiota play in our health and digestion.

Researchers believe that isolating specific chemicals could allow them to zero-in on what is missing in a person’s metabolic health and target their system specifically in order to improve it. Such a database would also allow for specially designed detection systems to monitor health, such as a smart toilet or even smart toilet paper. Further along, researchers will likely come up with better methods to prevent metabolic conditions such as obesity or diabetes and improve our overall diet and digestive health.

To learn more about the connection between our diet and gut microbiota, click here:

On Earth, carbon can form millions of compounds, while silicon is largely stuck inside rocks. But elsewhere, silicon could form the basis of life.
Up Next
Culture & Religion

In a #MeToo-inspired rebranding effort, Miss America is ditching its swimsuit competition to focus more on contestants’ personalities.