It seems that for as long as we’ve been around, we’ve enjoyed losing control of our faculties and behavior for fun, at least temporarily. The means of transport for these little mind vacations may vary, but the two most popular are obviously alcoholic beverages and marijuana. Though it’s well-known that booze goes way back — each builder of the pyramids at Giza had a one-gallon per day beer ration — fewer realize just how long ago humans took their first toke: Marijuana was one of mankind’s earliest crops, dating back 12,000 years to areas in what are now Mongolia and southern Siberia. In the interim, drinking has become legal for adults in the U.S., while smoking or possessing grass continues to be illegal altogether in 21 U.S. states, and according to Federal law.

For those places where weed is legal (BRITESIDE)

There have been lots of crispy conversation of which one is better for you, or really, which one is worse, so let’s see what the statistics and the science say. 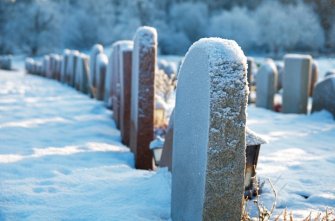 Okay, let’s start with the biggest difference. Alcohol kills. Grass not so much. Actually not at all. The CDC says that from 2006-2010 — this is just four years — excessive alcohol use resulted in roughly 88,000 deaths, and 2.5 million years of potential life lost each year. This reflect long-term effects of drinking such as liver disease, heart disease, and breast cancer, liver disease, as well as short-term effects such as drunk-driving, violence, and alcohol poisoning, which is to say alcohol overdoses.

By contrast, the CDC’s Health Effect page for grass lists no fatality figures.

A far as overdoses go, while 10 times the normal amount of liquor can cause one, DrugAbuse.com estimates that you’d “have to smoke between 238 and 1,113 joints in a day to overdose on marijuana.”

About 15% of people who drink get addicted to alcohol, which isn’t a lot, though it’s more than with grass. (Cigarette smoking, by the way, is more than twice as addictive as alcohol, at 32%.)

There’s some controversy about whether marijuana is addictive in the first place. The NIH estimates that about 9% of smokers develop a level of dependence, though that’s not the same as addiction — it’s somewhere between addiction and a bad habit. As far as withdrawal symptoms go, quitting grass apparently does not trigger them, though quitting drinking can. 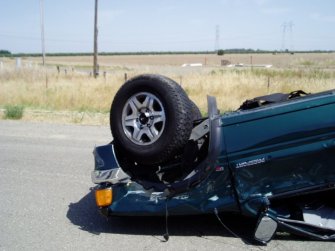 Alcohol consumption has been consistently linked to a greater chance of getting cancer — the US Department of Health, in fact, lists it as a carcinogen. The nation’s top cancer doctors recently issued a plea for people to drink less, saying even a single glass of wine or beer a day can cause problems. And the more you drink, the higher the chances of getting cancer.

The largest controlled study ever done on marijuana and cancer found that not only is there no link between smoking grass and getting cancer, it may actually result in a reduced chance of being stricken.

While one glass of wine a day may have beneficial effects on one’s heart — but see above about cancer — heavy drinking is linked to heart attacks. As far as marijuana goes, a March 2017 report from the American College of Cardiology said that heavy weed smokers were at significantly higher risk for stroke and heart failure. A draw. 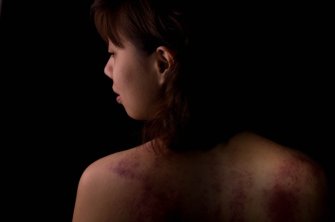 While studies show no direct link between alcohol and domestic abuse, it’s use is certainly present in many such cases. A study by the National Council on Alcoholism and Drug Dependence found that “Two-thirds of victims who were attacked by an intimate (including a current or former spouse, boyfriend or girlfriend) reported that alcohol had been involved.” The National Survey on Drug Use and Health says, though, that most high-level drinkers do not abuse their partners.

On the other hand, one recent study found that for married couples, smoking weed may actually decrease the likelihood of violence.

The effects of drinking during pregnancy are clear: According to the CDC: “There is no known safe amount of alcohol — even beer or wine — that is safe for a woman to drink at any stage of pregnancy.” During the first few weeks of pregnancy, especially, the CDC warns that consumption of alcohol can cause “lasting physical, behavioral, and intellectual disabilities that can last for a child’s lifetime.” They estimate 3.3 million women continue to drink when not using birth control, effectively exposing their babies to fetal alcohol spectrum disorders.

With marijuana, more research is required, but a link has been found between smoking grass during pregnancy and low birth weight in babies, according to DrugAbuse.com.

Neither intoxicant gets a pass on this one. They’re both linked to mental disorders, though different ones:

Alcohol puts seven times the amount of pressure on healthcare systems if a study released by British Columbia applies everywhere. Their calculations of the difference between healthcare costs for Canadian drinkers vs. weed smokers: $20.50 per year per toker vs $165.11 per drinker.

Many will tell you that drinking kills brain cells, but this isn’t quite true. Brain damage? That’s another story, and yes, drinking can damage your brain. As far as memory loss goes, though, that’s mostly about blackouts drinkers can experience after over-imbibing.

With grass, research suggests that people who smoke early in life are more likely to develop learning deficits. Likewise, it may be that serious toking can result in psychosis and other mental problems later on. 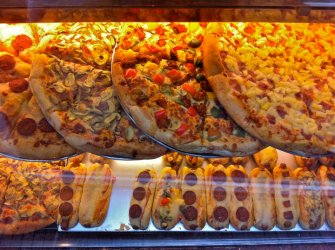 You would think weed’s munchies would make grass worse for weight control, but it doesn’t shake out that way statistically. While smokers may consume an average of 600 calories while high, they’re less likely to be obese than drinkers. The American Journal of Preventative Medicine found that alcohol consumption was a greater predictor of weight gain.

Alcohol and pharmaceuticals may or may not mix, and when they don’t, it can be a lethal mismatch — we’ve lost more than a few celebrities this way. If you’re not sure about potential interactions with any of your prescriptions, it’s not a good idea not just guess. Either don’t drink, or do some serious research.

There are no definitive reports of deadly drug interaction with weed, but that doesn’t mean that grass won’t adversely affect the behavior of medicines. The truth is there hasn’t yet been enough research into marijuana/pharmaceutical interactions, according to the American Journal of Health-System Pharmacy.

People’s subjective preference for alcohol or weed is obviously an issue of personal experience. While they both alter your ability to function — it’s fun to be dumb! — they feel quite different. Weed gets points for the lack of hangover — it also has been finding a role in our culture as an effective, benign palliative. On the other hand, alcohol is legal everywhere as long as you’re old enough, don’t create a nuisance, and you’re not driving.

It seems, for now, that marijuana is a less damaging intoxicant than alcohol, though there’s also been much less study, so far, of its effects. As weed becomes more and more legal and commonplace, we can expect that to change. Stay tuned.

Related
The Learning Curve
Why do high IQ people stagnate in their careers? Emotional intelligence
Research suggests that emotional intelligence is more vital for success than IQ.
The Present
Even in the age of AI, some problems are just too difficult for computers
Computers are growing more powerful and more capable, but everything has limits
The Future
How the metaverse will revolutionize K-12 and higher education
Imagine going on a tour through the human circulatory system as a tiny cell. That is just one example of education in the metaverse.
Starts With A Bang
Ask Ethan: What are white holes, and do they really exist?
In General Relativity, white holes are just as mathematically plausible as black holes. Black holes are real; what about white holes?
Life
Strange life forms create an “alien” ecosystem in an abandoned uranium mine
Slimy biofilms made up of bacterial and eukaryotic life forms have taken over an abandoned, flooded uranium mine in Germany.
Up Next
Technology & Innovation
These $2 Million Floating Homes Can Withstand Category 4 Hurricanes
As the effects of climate change threaten to render coastal regions around the world uninhabitable, one company is developing a stylish – and very expensive – solution.