New studies shed light on how Neanderthal DNA is affecting the appearance and behavior of modern humans. 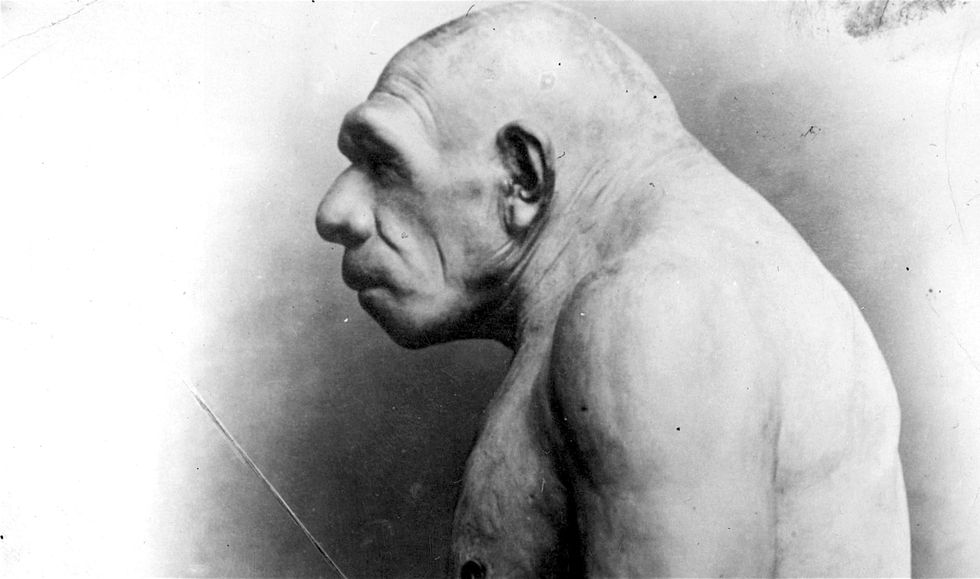 A model of Neanderthal man constructed on the basis of excavated bones, at the Field Museum of Natural History in Chicago. circa 1920 (Photo by General Photographic Agency/Getty Images)

Neanderthals, our ancient predecessors, who became extinct in Europe about 40,000 years ago, were found to interbreed with modern humans when both lived at the same time in Eurasia. As such, some Neanderthal genes found their way into our DNA, making up from 1 to 3 percent of the genetic code of humans who were not indigenous to Africa. As shows a new study from the Max Planck Institute for Evolutionary Anthropology in Germany, the Neanderthal code, while not large, may still be having a significant effect on how we look and feel.

The research team set out to figure out which specific elements of human appearance and behavior are linked to Neanderthal DNA. The scientists used information from the UK Biobank which made available genetic data on 112,338 individuals with white European ancestry (who have Neanderthal DNA), along with answers by the participants to questionnaires that included physical and behavioral descriptions. The researchers compared this to the genetic analysis of a Neanderthal specimen from the Altai mountains in Siberia.

In particular, many of the connections were related to the adaptations to sunlight made by our genetic forefathers. They lived in Eurasia's sunlight conditions thousands of years before the arrival of modern humans and thus developed favorable genes to deal with the environment which they likely passed on to the humans through interbreeding.

Neanderthal cavemen hunting the cave bear. Circa 500000 BC. (Photo by Three Lions/Getty Images)

Being a night owl is one way you might get in touch with your Neanderthal roots, shows the research, as traits for staying up at night and napping during the day were found linked to Neanderthal DNA. So were moodiness and loneliness as well as propensity to smoke.

If you have red hair, you probably have little Neanderthal DNA in you as the data suggests red-headed Neanderthals were rare or maybe even non-existent.

How easily you get sunburned is another Neanderthal-linked characteristic, according to the scientists.

"Skin and hair color, circadian rhythms and mood are all influenced by light exposure," wrote the researchers. "We speculate that their identification in our analysis suggests that sun exposure may have shaped Neanderthal phenotypes and that gene flow into modern humans continues to contribute to variation in these traits today."

Read the new study here, in the American Journal of Human Genetics.

Another Neanderthal-related new study from researchers at the same Max Planck Institute, published in October in Science magazine, provides more evidence of how ancient DNA affects our health.

The team led by Svante Pääbo and Kay Prüfer made a detailed analysis of a Neanderthal woman who lived 52,000 years ago in Croatia. Through comparison, they found that the Neanderthal genome contributes to such health issues in modern people as blood cholesterol levels, schizophrenia, eating disorders as well as rheumatoid arthritis.

“These are just associations, so that doesn't mean if you have a particular variant of a gene, you either will or won't have a disease. It means sometimes you might," said Prüfer.

The studies contribute to the growing amount of knowledge about how Neanderthal genetics are affecting us. In further research, Danneman and Kelso, the scientists behind the study using Biobank data are looking to use the genome analyzed by their colleagues to repeat the research.