A top-secret government airline that flies to locations like Area 51 is put in a spotlight by a recent ad and an unexpected connection to the Las Vegas shooting. 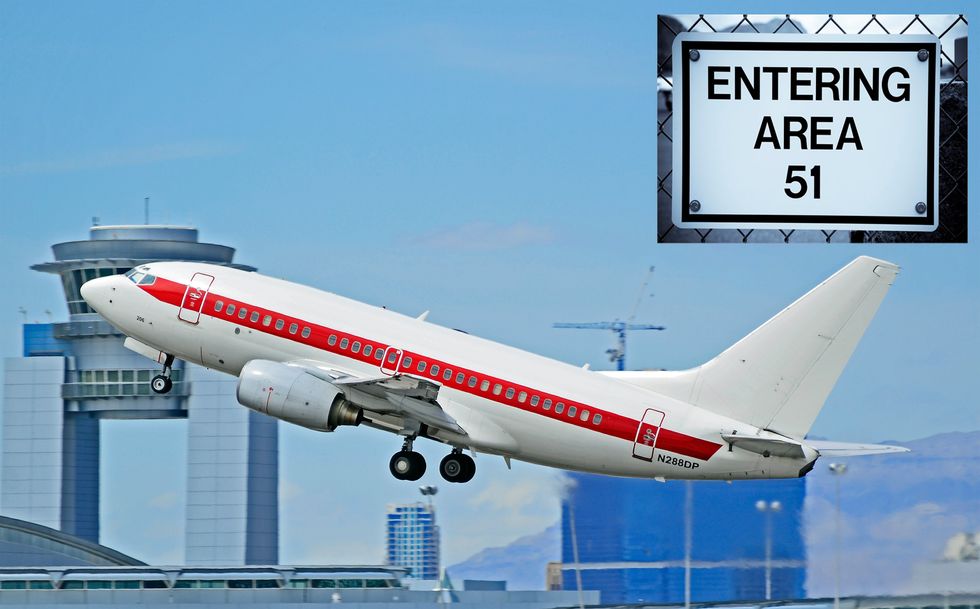 The U.S. Government has a secret airline that it uses to fly to key military airbases, including Area 51 - ground zero for alien conspiracy theorists. The fleet of passenger aircraft has the call sign Janet (which may stand for “Just Another Non Existent Terminal”). It is operated by the private defense contractor AECOM out of the McCarran International Airport in Last Vegas.

The classified Janet Airlines flies military and contractor employees for the U.S. Air Force. But what’s more - it’s currently hiring. So if you’d like to be a flight attendant who flies in and out of one of the most mysterious places on earth, now is your chance. If you think you can obtain a top security clearance that is.

The applicants need to also have at least a high school diploma, with skills in basic math, computers and public speaking. The ad also says they are looking for folks who can show “level-headed and clear thinking while handling unusual incidents and situations (severe weather conditions, including turbulence, delays due to weather or mechanicals, hijackings or bomb threats).” Seems pretty standard for nowadays.

There are also other jobs being advertised with AECOM.

The fleet consists of a number of Boeing 737s and some smaller aircraft, which are painted white with a strong red cheatline in the middle. There are no logos or names written on the planes. The airline flies to bases in California, Nevada, Utah and Ohio. Beyond Area 51, it shuttles personnel to the Tonopah Test Range and the Edwards Air Force Base.

Besides advertising for flight attendants, the airline has recently surfaced in the news in connection to the recent Las Vegas massacre, when a shooter claimed the lives of 58 people at the Route 91 Harvest music festival. Not only did the perpetrator cause the deadliest mass shooting by an individual in U.S. history, he was apparently intent on targeting Janet Airlines. It seems he was aware of its connection to the government and fired at two jet fuel tanks very close to the Janet Airlines fleet.

The location of Area 51.

As far as what’s exciting about Area 51? Could be nothing or it could be the hotbed of extraterrestrial contact. The site, located inside the Nevada Test and Training Range, has a lot of legends associated with it, but mainly it’s used for advanced aircraft research, development and testing. It was originally established to test the U-2 high altitude spy plane in 1955. The area became the hub of experimentation in so-called “black world” aircraft - the kind of classified projects the government never even acknowledges exist. This is next-level, surprise-your-enemy type military.

Other now-famous aircraft were tested at Area 51, like Lockheed’s A-12 Oxcart and SR71 Blackbird, as well as Northrop’s Tacit Blue - the predecessor of the B-2A stealth bomber, according to a profile in Jalopnik. No wonder that the place where you could routinely see such air craft taking off would become the subject of UFO conspiracies.

Whether you, if you were to become an employee of Janet Airlines, would be able to somehow learn the secrets of this fascinating place is probably only known to your inner James Bond. As Collin Krum, investigating for the Jalopnik, aptly wrote, “Janet Airlines is the heart of an entire clandestine defense ecosystem that is spread across the deserts of the American southwest, pumping talent and brain power to some of the most advanced technologies mankind has ever developed.”