Why The Fall of the American Empire Will Come by 2030

Historian Alfred McCoy explains why American power is coming to an end and lays out his vision for the new global order. 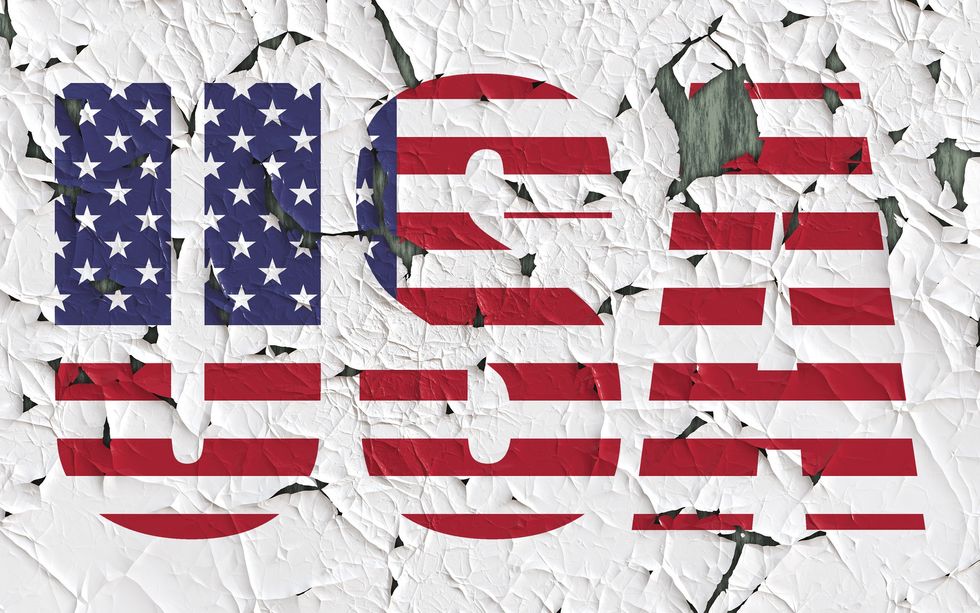 Living in such tense and mercurial times, it’s easy to see that most Americans do not have a strong confidence in their country’s future, with about 60% thinking it’s headed in the wrong direction, according to the polling data from RealClear Politics. They are sharply divided by politics, by the role America should play in the world, by how to utilize science and education. All such sentiment is not only warranted but indicates the reality that the American Empire is in its last years, if you believe the prediction of the noted historian Alfred McCoy. He laid out his vision for the monumental transformation of the global order in the near future in an interview with The Intercept’s Jeremy Scahill.

McCoy sees the election of Donald Trump to Presidency as a defining moment. He does not think Trump himself is the cause of the waning American power, but rather a symptom of it. Nonetheless, McCoy regards Trump as likely to hasten the downward trajectory.

The historian writes that all negative trends that are plaguing America now are likely to get much worse, growing rapidly by 2020, and would “reach a critical mass no later than 2030.”

“The American Century, proclaimed so triumphantly at the start of World War II, may already be tattered and fading by 2025 and, except for the finger pointing, could be over by 2030,” writes McCoy.

A lifelong observer of America's trajectory, in 1972, McCoy wrote “The Politics of Heroin,” a seminal book on the CIA involvement in the heroin trade during the Vietnam War. His new book “In the Shadows of the American Century: The Rise and Decline of U.S. Global Power” is coming out in September. He currently teaches history at the University of Wisconsin-Madison.

He describes the coming 2020s as a “demoralizing decade of rising prices, stagnant wages, and fading international competitiveness.” He blames decades of growing deficits on “incessant warfare in distant lands”. By 2030, the U.S. dollar will lose its status as the world’s dominant reserve currency, marking the empire’s loss of influence.

This change will prompt dramatic price increases for American imports. Costs on overseas travel for tourists and troops will increase as well. Washington will be forced to slash its budget, causing a pullback and shrinking of American forces. Like a “fading superpower incapable of paying its bills,” America will then be continuously challenged by powers like China, Russia, Iran and others for control over “ the oceans, space, and cyberspace.”

Domestically, the changes in America’s power will lead to a worsening of the standard of living, with skyrocketing prices and tensions that will lead to a “major rewriting of the American social contract,” according to McCoy.

What role will Donald Trump play in this scenario? McCoy sees the new President as setting out to demolish “the essential pillars of U.S. global power”. Namely, weakening alliances with NATO and Asian partners, as well as cutting back on scientific research that has for a long time given the edge to the U.S., its military industrial complex, in particular. He also cites other examples of U.S. being withdrawing from global leadership, like its new stance on the Paris Climate Accord and the TPP.

McCoy acknowledges that the U.S. has already reached a point where it’s no longer the dominant global power, with its share of the global economy getting smaller. Indeed, the U.S. portion of the global Gross Domestic Product (GDP) has declined from 40% in 1960 to 22% today. Essentially, America’s economic role is nearly half of what it used to be. By 2030, China will jump ahead and become the world’s preeminent economic superpower.

The historian also thinks that while some presidents like George H.W. Bush worked to expand the U.S. influence around the world, Trump is pursuing the opposite agenda.

He also singles out the importance of supporting research, alarmed by Trump’s current policies.

“What Trump doesn’t seem to understand is that there’s a close relationship between basic research, like research in artificial intelligence, and your capacity to come up with the next new thing that will give the United States a leading edge in military technology. And that’s what he doesn’t understand, that’s the one way he’s damaging the whole complex,” argues McCoy.

Besides the geopolitical changes, McCoy points to the growing failures within the “intellectual infrastructure of the country” as being responsible for America’s downturn.  He makes the argument that maybe we should pay attention to all the statistics we often hear about, like the disturbing PISA rankings that have American students coming in 41st in math and 25th in science on the global scale. Students from countries like Singapore, Hong Kong and, China are in the top 5 in all categories.  It’s not hard to imagine that by 2030, these students will be “super smart scientists and engineers that are coming up with the cutting edge technology,” says McCoy.

And if you think this only concerns gadgetry, McCoy sees this “erosion” of educational standards in the U.S. leading to “very serious implications for our military technology.” The American military might will suffer greatly as well.

“The technological and educational shifts coming together means that there are all kinds of ways for the U.S. to lose power. Either with a bang or a whimper. But by 2030, it’s pretty much over for our global dominion,” predicts McCoy.

Lest you think America’s got it coming and it’s about time it loses its world status, McCoy warns that whoever will take its place will not wield power in the “comparatively benign and beneficent” way that the U.S. has. For all its faults, America’s great experiment has brought worldwide advancements in women’s rights, gay rights, democracy and human progress in general.

You can listen to the full podcast interview with Alfred McCoy here.