Richard Dawkins: Religion Is a Meme and Religious Beliefs Are "Mind-Parasites"

Work on "memes" by Richard Dawkins provides insight on the spread of thought viruses. 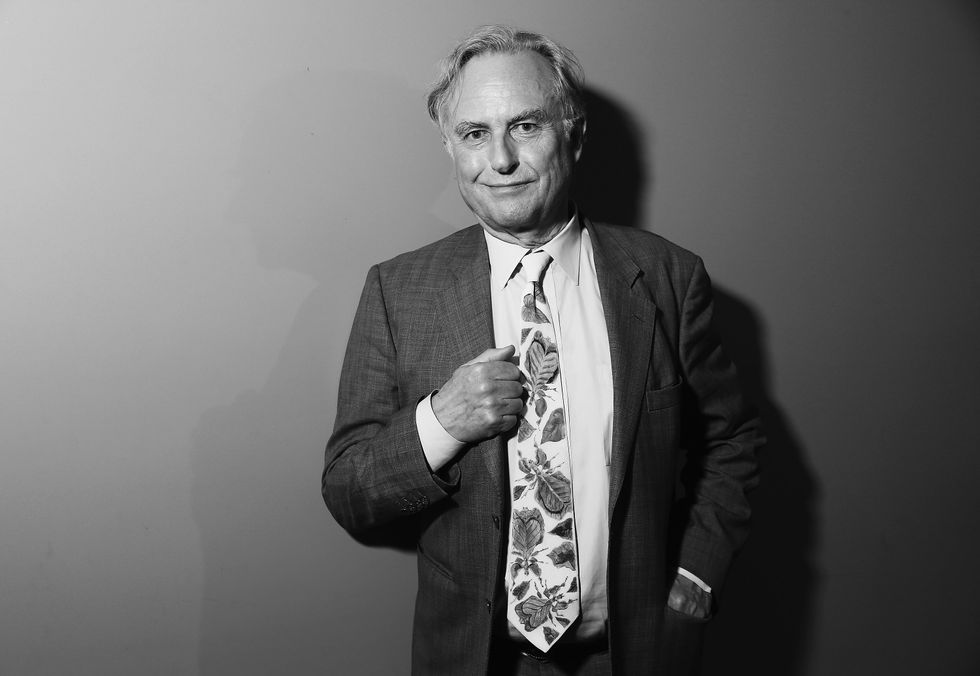 We are used to the idea that diseases can be passed down from person to person. One gets ill and gives the sickness to everyone he meets, and so on till you have an epidemic. But what about ideas? Can ideas infect societies like viruses?

Any Internet-aware person has seen memes. They usually feature a photo with a quote or caption. They can also be popular videos or articles. Interestingly, the evolutionary biologist Richard Dawkins coined the term "meme" in his 1976 book "The Selfish Gene" to describe an idea, style or behavior that spreads within a culture. A meme is basically a unit of culture and it can spread virally. A meme can be Grumpy Cat or Hitler's mad thought that an Aryan super-nation must be built at the expense of millions of exterminated people.

How do memes spread? Richard Dawkins talks about it this way in his book:

"Just as genes propagate themselves in the gene pool by leaping from body to body via sperm or eggs, so memes propagate themselves in the meme pool by leaping from brain to brain via a process which, in the broad sense, can be called imitation. If a scientist hears, or reads about, a good idea, he passes it on to his colleagues and students. He mentions it in his articles and his lectures. If the idea catches on, it can be said to propagate itself, spreading from brain to brain."

According to Dawkins, memes can be quite powerful in transmitting information, often becoming dangerous, as anyone who's been featured in an Internet fail meme can attest.

"Memes should be regarded as living structures, not just metaphorically but technically," writes Dawkins in "The Selfish Gene". "When you plant a fertile meme in my mind, you literally parasitize my brain, turning it into a vehicle for the meme's propagation in just the way that a virus may parasitize the genetic mechanism of a host cell. And this isn't just a way of talking -- the meme for, say, 'belief in life after death' is actually realized physically, millions of times over, as a structure in the nervous systems of people all over the world."

But can a meme evolve into an even more powerful force, a destructive mass affliction caused by the spread of thoughts? One example can be seen in the case of religion. A noted atheist, Dawkins regards religion as a meme that has taken over human brains for millennia. In his 1991 essay "Viruses of the Mind," Dawkins describes religious beliefs as "mind-parasites" while believers are "faith sufferers" or "patients".  He sees several conditions to be present in such people. One is that the belief is not based on reason.

"The patient typically finds himself impelled by some deep, inner conviction that something is true, or right, or virtuous: a conviction that doesn't seem to owe anything to evidence or reason, but which, nevertheless, he feels as totally compelling and convincing. We doctors refer to such a belief as "faith," explains Dawkins. "Patients typically make a positive virtue of faith's being strong and unshakable, in spite of not being based upon evidence. Indeed, they may fell that the less evidence there is, the more virtuous the belief."

What's significant to Dawkins is that being afflicted by a belief is likely to make you intolerant of others who don't share the same view.

"The sufferer may find himself behaving intolerantly towards vectors of rival faiths, in extreme cases even killing them or advocating their deaths," he writes in the essay.

Whatever one's views on religion may be, Dawkins's thoughts have value when applied to other social phenomena. The current election cycle in the United States has produced its share of belief-based division, with opposing sides slinging often-untrue facts at each other, while becoming more and more entrenched in their own opinions.

The polarization has become extreme, especially in the passions of some supporters of the candidates, who increasingly view the world in apocalyptic, highly defensive ways, especially as they are bombarded by contrasting memes. Such division can be viewed as thought viruses that are tearing up the "normal" functioning of the American society.

Could meme-driven social viruses bring often-necessary adjustments to the intellectual status quo? In a normal election year that is easy to assert. This year it is possible that the relatively open nature of democratic processes has allowed some unsavory ideas to spread unchecked, especially as the most common method of how modern ideas are transferred - the media - has come under fire for being biased. In such a climate, a destructive idea has a greater likelihood of taking hold.

Still, even fearing this, it's hard to see a preventive remedy for these weak spots, short of running a totalitarian regime. One can argue that the strongly-interconnected and social-media-obsessed modern societies are now particularly vulnerable to thought viruses. And the threats are likely to keep coming, well into the future past the crazy election cycle.

You can hear Richard Dawkins talk about applying the study of memetics to religion here:

Cover photo: Richard Dawkins, founder of the Richard Dawkins Foundation for Reason and Science, at the Seymour Centre on December 4, 2014 in Sydney, Australia. (Photo by Don Arnold/Getty Images)