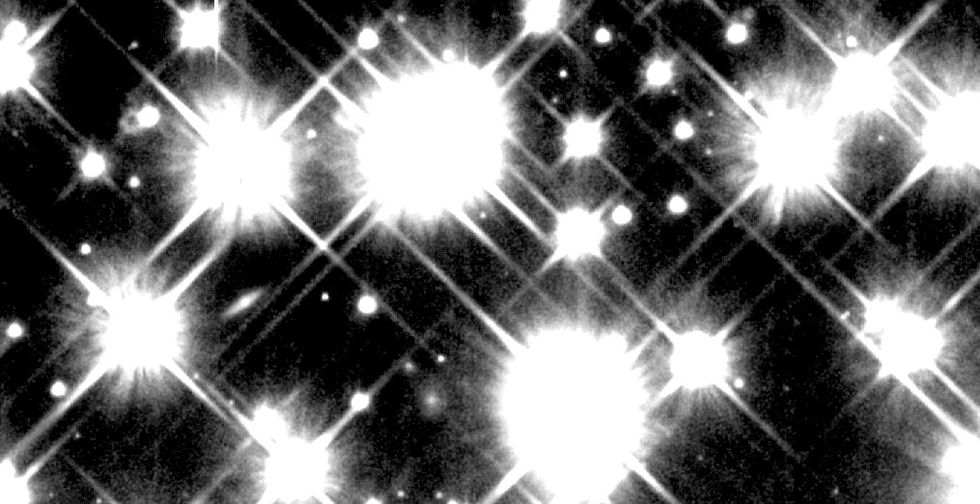 Albert Einstein’s theory of general relativity predicted that the gravity of stars could brighten and bend the light coming from other stars like a magnifying lens. Yet this is something Einstein did not think we could ever see due to the great distance between stars, writing in a 1936 article that "there is no hope of observing this phenomenon directly."

Yet, as science persists, this phenomenon, called “gravitational microlensing”, has now been observed by an international team of researchers, led by Kailash C. Sahu, an astronomer at the Space Telescope Science Institute in Baltimore, Maryland.

Writing in an accompanying paper, Terry D. Oswalt from the Embry-Riddle Aeronautical University, says that Einstein would be proud of this accomplishment because “one of his key predictions has passed a very rigorous observational test."

Gravitational microlensing was initially observed in 1919 by measuring starlight that curbed around the total eclipse of the Sun. This is the first time, however, that the effect was seen involving stars other than our sun.

When a star passes between us and a background star, a circular ring of light forms called the “Einstein ring”. What Sahu’s team observed by using data from the Hubble Space Telescope was an asymmetrical version of an Einstein ring, with the distant star appearing to be off-center from its actual position due to the bending of the light - a process called 'astrometric lensing’.

The researchers found this by measuring the shifts in the position of a distant star as its light was being deflected by a nearby white dwarf star.

The gravity of a white dwarf star warps space and bends the light of a distant star seen behind it. Credit: NASA, ESA, and A. Feild (STScI)

Another achievement from Sahu’s research is giving scientists a tool in estimating the mass of stars.

"The research by Sahu and colleagues provides a new tool for determining the masses of objects we can't easily measure by other means. The team determined the mass of a collapsed stellar remnant called a white dwarf star. Such objects have completed their hydrogen-burning life cycle, and thus are the fossils of all prior generations of stars in our Galaxy, the Milky Way,” explains Oswalt, an expert in white dwarfs.

Here’s how you would use light to weigh stars, thanks to Science magazine:

And here’s Professor Terry Oswalt explaining the significance of Sahu’s work, showing a hands-on demonstration that you can try at home: