What Drugs the Kids Are Using and Why

An expansive new study makes clear the extent of the problem and the importance of parents in avoiding teen drug use. 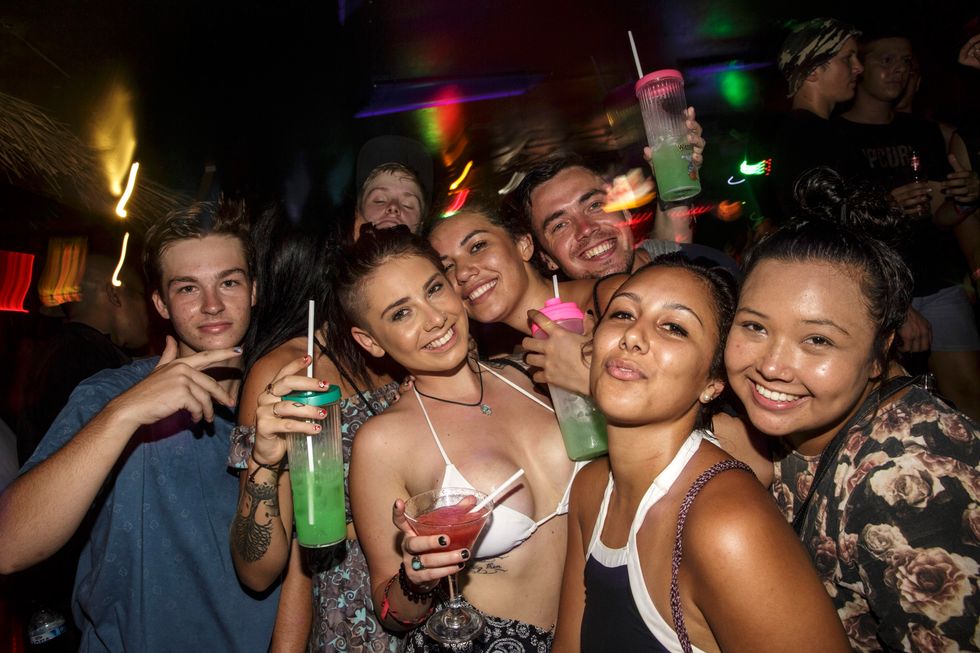 If you remember your days as a teen or have a teen in your life, you are probably aware of the role drugs play at that age. In fact, there’s a good chance your teen is using illegal drugs.

A new 3-part investigation by addiction educator ProjectNow offers some remarkable statistics on the drug use by American teens. The survey conducted by the University of Michigan centered on the practices and attitudes towards drugs by about 40,000 students in 8th, 10th and 12th grades.

If you’re wondering whether drug use is a widespread issue, the survey confirms that about 50% of 12th graders have used illicit drugs at some point in their lives. This number has held somewhat steady for the past 5 years, but is higher than it was, for example, in 1992 when it was at 40%.

You can see the yearly statistics of the drug usage here:

What kind of drugs are the kids using?

Alcohol is the drug of choice, with 39.9% of the teens in 8th thru 12th grades using it in the past year. It’s not actually an illegal drug, but alcohol is certainly illegal for the underage kids who appear to have little trouble in getting it. What does 39.9% really mean? As of 2014, this would have come out to about 2.33 million kids between 12 and 17 years old.

Marijuana is the next most popular at 23.7%. Drugs like ecstasy, LSD, cocaine and heroin are used marginally, but an estimated 117,000 young cocaine users should sound alarming.

The relative popularity of the drugs being used is reflected in the attitudes of the kids towards how dangerous they are. Heroin is perceived to be dangerous by close to 85% of 10th graders and is one of the least used drugs. You can see in the chart below how the perception of cigarettes changed over time, with over 70% of the teens thinking it’s dangerous, topping LSD and ecstasy in this category. Conversely, the view on marijuana experienced a drop in the other direction. 20% fewer teens think it’s risky than did just 15 years ago. It’s considered the least dangerous drug, even beating out alcohol.

What conclusions can we draw from this fascinating information?

One further piece of the survey considers the possible reasons for the drug use by teens. It focuses on their home life and finds that the lowest drug usage is by kids who live with both their mother and father. Interestingly, kids living with only their father had higher drug usage rates than those living with only their mother. Those living without any parents had higher rates across the board, with the most significant difference being in heroine usage - that number shot up 6 times!

Certainly, such statistics point clearly to the importance of parental presence in the lives of their kids.

In a further focus on the role parents can play, another part of the survey demonstrates how well disciplining your children works. If you don't allow them to go out on school nights, make sure they do their homework and chores, and don’t let them watch too much tv, your kids are much less likely to get drunk.

And if you think none of this matters much as "kids will be kids," we should consider the impact this behavior has on the academic performance of students. Teens who smoked cigarettes or marijuana and got drunk were much less likely to receive an A than those who didn’t. In fact, cigarette smokers fared the worst, being 5 times less likely to get an A than their abstaining counterparts.

Of course, as we see, a number of factors team up to affect a kid who uses various types of drugs. Drug usage may be a symptom of larger issues as much as a problem in an of itself. But as 8th through 12th grades comprise such an important portion of an adolescent’s path towards becoming a functioning adult, we must consider how adversely the future of the drug-using kids can be affected.

You can see here a clear correlation between drug usage and various “deviant” behaviors:

A much larger percentage of teen weed smokers got into fights, ran away from home and stole. Again, did they do so because of the drugs or were the drugs simply masking larger issues (perhaps related to their home lives)? While it's important to find out this answer, it's very visible how related is drug use to anti-social behavior.