Trump May Face Lawsuit from America's Children over Climate Change

When he becomes President in January, Donald Trump will likely have another lawsuit on his hands. This time, from a group of 21 American children. 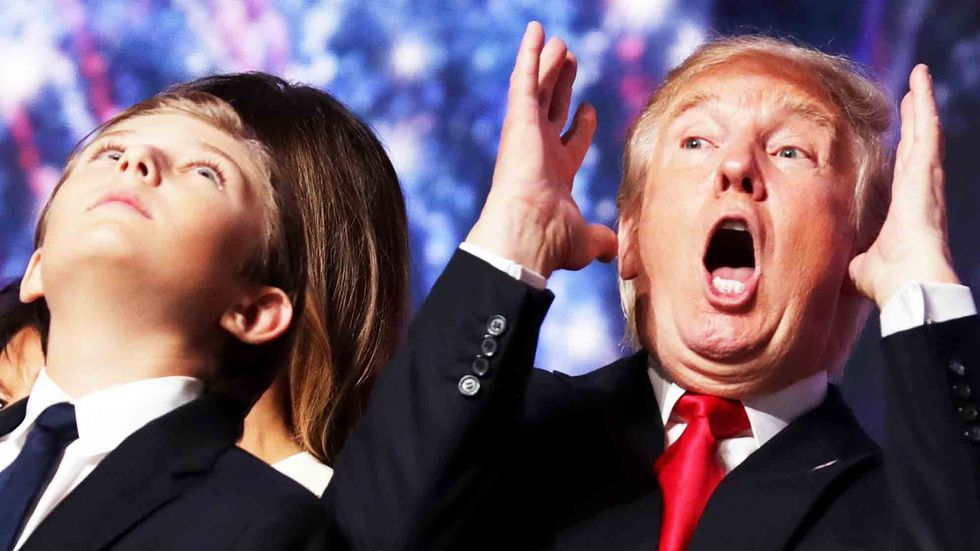 When he becomes President in January, Donald Trump will likely have another lawsuit on his hands. And this one is about a topic that is sure to cause much immediate debate. A group of 21 American children, ages 9 to 20, are suing the federal government over climate change. A federal judge just threw out the notion to dismiss and the case is likely to go to trial in federal court in Oregon some time in 2017.

What do the kids want? They are taking a long-term stance, accusing the federal government of not doing enough to curb climate change and thus endangering their future lives. Not only that, the suit alleges that the federal government is actually making global warming worse by leasing its land to fossil fuel companies.

The kids hope to win some sort of injunction from the court system to force the federal government to do more on climate change, thus protecting the children’s future.

The children are represented by the legal organization Our Children’s Trust, whose mission statement includes such principles as advocating “on behalf of youth and future generations” for “legally-binding, science-based climate recovery policies”. It’s chief legal counsel, Julia Olson, said that while Obama has a small window to resolve the case, chances are that after he leaves office, Trump will automatically become the new defendant.

“President-elect Donald Trump has asserted he will dismantle many of the executive actions taken by the Obama administration," she said in an email to CNN. "Because President Obama implemented many climate change policies through executive action, Trump will have the power to water down President Obama's climate change regulations and ignore the United States' commitments under last year's Paris climate agreement. Such steps will be disastrous for our country. These actions will place the youth of America, as well as future generations, at irreversible, severe risk to the most devastating consequences of global warming. Thus, it will be up to our courts, using the Constitution, to protect our posterity."

The high-profile case has a chance to force the famously climate-change-denying President-elect to take an early stand on the issue. One of the key arguments the kids and their attorneys have is that the kids have more to lose than adults. They’ll live longer into the future and will be more affected by any potential ramifications of climate change. And yet they cannot vote now and protect their future lives. The lawsuit is an attempt to remedy that.

The U.S. District Judge Ann Aiken agreed that the kids’ case has merit.

"Federal courts too often have been cautious and overly deferential in the arena of environmental law, and the world has suffered for it," wrote the judge in her decision not to dismiss the case.

She also pointed out why this case is different -

“This action is of a different order than the typical environmental case,” she wrote. “It alleges that defendants’ actions and inactions -- whether or not they violate any specific statutory duty -- have so profoundly damaged our home planet that they threaten plaintiffs’ fundamental constitutional rights to life and liberty.”

If you are wondering who the government would have on its side in such a legal quandary, the National Association of Manufacturers as well as the American Fuel & Petrochemical Manufacturers and others have been looking to help make the case in the government’s defense.

What do the kids themselves say about why they are doing this? Some of them shared their concerns:

"I chose to join the case because it sounded like something I could actually do," told 15-year-old Nick Venner from Lakewood, Colorado to CNN. "I think we have a really good chance of winning. It's hard for legal experts to deny the rights of young people. We are the future. They will be long gone before the long-term effects (of climate change) ever hit them. It's about my kids. It's about their grandkids."

For his part, Levi Draheim, 9, from Florida, is concerned about a specific danger facing his home state -

"We live on a barrier island," said Levi. "If the sea rises, our (home) could just be underwater. And a couple of our reefs ... they're just almost gone. I can't even go to the beach. It gives me nightmares."

For Tia Hatton, 19, from Bend, Oregon, understanding that climate change is happening was a gradual process.

"I was late knowing about climate change. I lived in a conservative community. It wasn't until my senior year of high school that I started thinking about it when the snow levels dropped in Bend. I'm a Nordic skier. All of a sudden, the puzzle started fitting together,“ shared Tia.