How to tell if you are possessed by a demon, reveals exorcist

A famous exorcist reveals how to tell the difference between being possessed and having other afflictions. 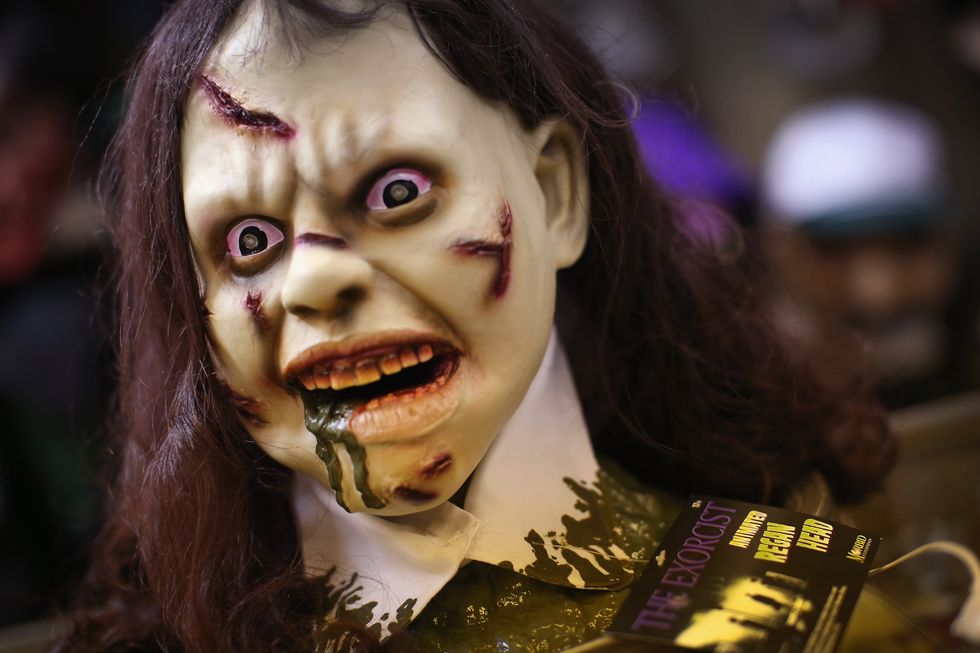 Certainly, you likely don't believe in the possibility of demonic possession and think it's the stuff of Hollywood movies. But it may also be that you don't really know how to recognize being possessed. To remedy this, one of the world's leading exorcist's just shared some of his knowledge.

Father Cipriano de Meo, who has been an exorcist since 1952, revealed to the Italian Catholic News Agency that the key to telling whether you're possessed or suffer from some other (possibly mental) illness is in your reaction to the exorcist himself and the prayers being offered.

He specified that the exorcist will usually say “a prolonged prayer to the point where if the Adversary is present, there's a reaction. A possessed person has various general attitudes towards an exorcist, who is seen by the Adversary as an enemy ready to fight him."

The Adversary, as you might imagine, is the demonic presence.

If you are possessed, you are likely to experience a very unsettling reaction to the exorcist's prayer.

Father de Meo described it like this: “There's no lack of frightening facial expressions, threatening words or gestures and other things, but especially blasphemies against God and Our Lady."

Basically, you will know something seriously wrong has taken over you.

You might be skeptical whether a possession can exist at all and your skepticism is justified. The Catholic Church also takes seriously the possibility that most people with a possession-like affliction would not necessarily be possessed, but might just exhibit disturbing symptoms. Chances are, you will never see a truly possessed person yourself.

The Catechism of the Catholic Church speaks to the importance of knowing the difference between mental illness and demonic actions: “Exorcism is directed at the expulsion of demons or to the liberation from demonic possession through the spiritual authority which Jesus entrusted to his Church. Illness, especially psychological illness, is a very different matter; treating this is the concern of medical science. Therefore, before an exorcism is performed, it is important to ascertain that one is dealing with the presence of the Evil One, and not an illness."

The Vatican held a special congregation in 2015 aimed at training priests and even lay people in understanding the differences between psychological and demonic issues. Think - a large gathering of exorcists.

Here's a trailer for a documentary featuring Father de Meo:

If you are interested in training to become an exorcist, Father de Meo apparently has just such a school, that he's been leading for 13 years. It might be a worthwhile endeavor for some as, for example, in 2014, the International Association of Exorcists (AIE) indicated that there was a rise in occult activity they deemed a “pastoral emergency".

Some things you can do to avoid getting possessed start with prayer. That's at the root of what the Catholic Church ultimately wants you to do to lead a good and sinless life. But it's also important to avoid anything to do with Satan, conjuring the dead, or reveal future events.

In fact, the Catechism states: “Consulting horoscopes, astrology, palm reading, interpretation of omens and lots, the phenomena of clairvoyance, and recourse to mediums all conceal a desire for power over time, history, and, in the last analysis, other human beings, as well as a wish to conciliate hidden powers. They contradict the honor, respect, and loving fear that we owe to God alone."

Don't get your palm read. It might lead you down the path to getting demonized.

In case you are wondering, possessions are not just something that worries European priests.

Here are Chinese men dressed up like 'Wutu' meaning "tiger".

They are dancing during an annual exorcism ceremony of the local Tu ethnic minority group at Nianduhu Village in Tongren County, northwest of China. The village has held a ceremony to drive out evil spirits every year, in which they will choose seven strong men to perform the ancient dance Wutu.

The men apply ashes and draw lines on their bodies, while villagers then put Chinese bread and meat on the sticks of the Wutus. The more food Wutus took, the more luck they were considered to bring, as the villagers think Wutus take away bad luck and evil. In the end of the ceremony, Wutus wash in the river symbolizing getting rid of the evil.