5 of the most baffling books ever written

These are some of the strangest, most mysterious books ever written.

A scene from Codex Seraphinus.

Books teach us, inform us, amuse us and provoke us. But some books plainly befuddle us. They invoke mysteries that hint of something ancient, extraterrestrial or possibly divine. Here are 5 such books: the Voynich Manuscript, Codex Seraphinus, Rohonc Codex, the Smithfield Decretals and the Book of Soyga.

This early 15-century book is a botanical text of sorts. Only the ink drawings of plants features in it are of a completely unknown origin. What's also unusual is the undecipherable text accompanying the plants and the many astronomical and astrological charts, as well as numerous female nudes which allude to some kind of reproductive processes, judging by their swollen bellies and interaction with interconnected tubes and capsules. Also present are over a 100 drawings of possibly medicinal variety of herbs and roots in various jars.

What does this all mean? Perhaps this is some kind of book of medicine from a galaxy far far away. Or a witch's notebook. The manuscript was written in an unknown language and has been studied by scores of professional codebreakers who have come up with nothing.

This book comes from Central Europe is named after the antique bookseller, Wilfrid M. Voynich, who bought it in 1912. Prior to that, the manuscript had a rather illustrious history of ownership, which included alchemists and the 16th century Emperor Rudolph II of Germany (also a Holy Roman Emperor), who believed it to be the work of the English philosopher Roger Bacon.

The original is located in the Beinecke Library collection at Yale, while you can buy a print on Amazon here.

The origins of the 360-page Codex Seraphinus are not too mysterious, while its contents are. The book was originally published in 1981, and is essentially an illustrated encyclopedia of an imaginary world. It was created by the Italian artist and designer Luigi Serafini, who said he wanted to recreate a feeling he remembered having as a little kid, before he even knew how to read, of what it was like to look at an encyclopedia for the first time. All the pictures and charts looked very mysterious to the little boy who knew they meant something, but didn't know what.

In a talk at Oxford University in 2009, Serafini claimed there was no real meaning in the text of the book, which was written in a process resembling automatic writing. Of course, some might think that even if he didn't try to consciously impose meaning, the universe (or deity of your choice) was speaking through Serafini as the manuscript definitely feels purposeful.

You can buy it for yourself here. 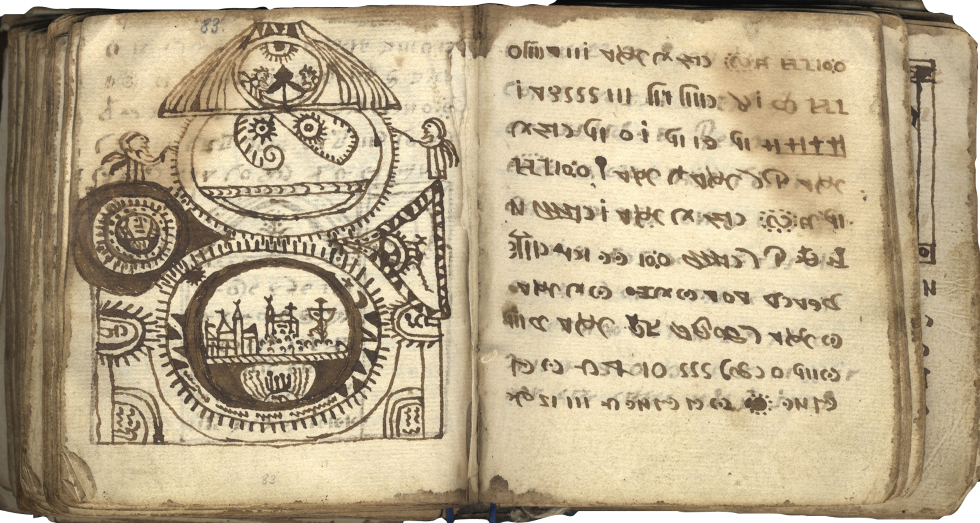 We don't know much about the 448-page Rohonc Codex. This illustrated manuscript surfaced in the 19th century in Hungary, and has puzzled people since. We don't know who wrote it, where they did it, or what it says as the text is written in a mysterious alphabet of nearly 200 symbols.

The illustrations in the book range from military battles to religious symbolism reminiscent of Christianity, Islam and even possibly Hinduism. 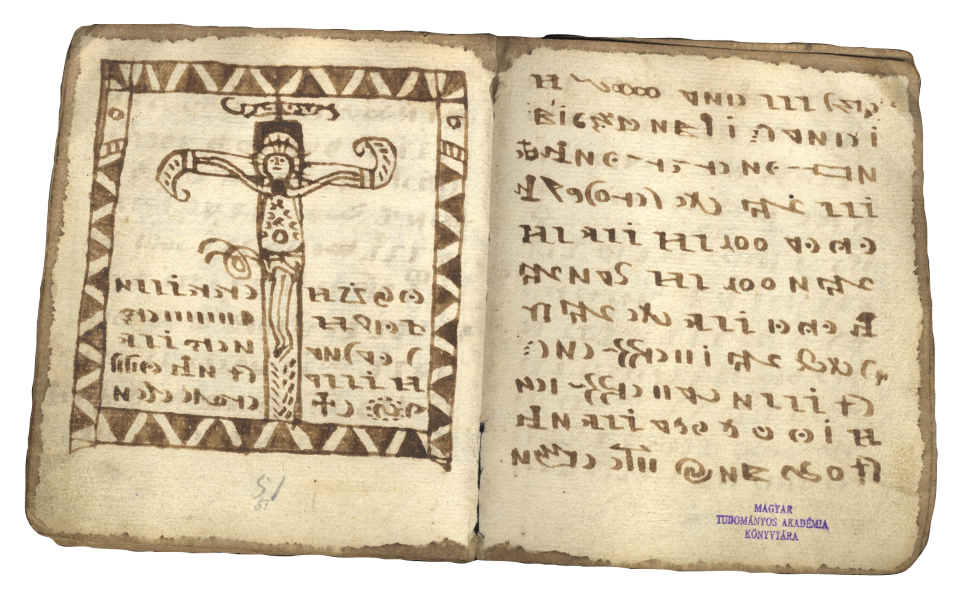 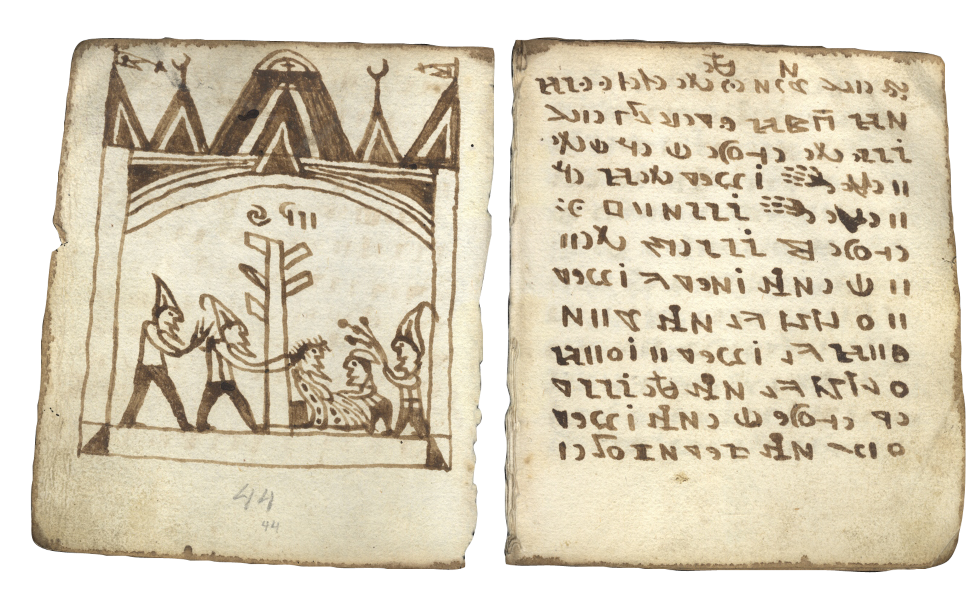 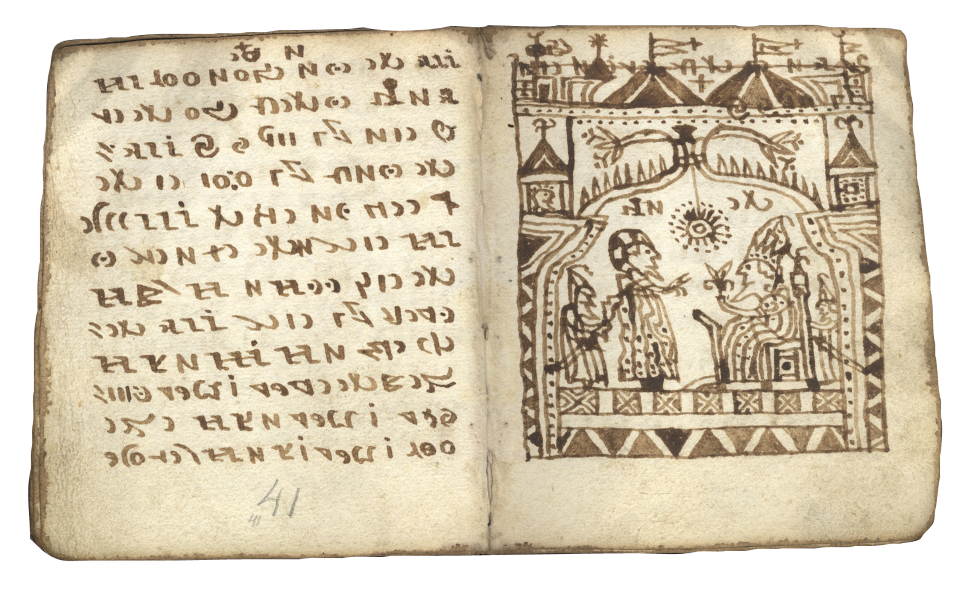 The possible origins of the manuscript have been linked to India, Sumeria or ancient Hungary. But until we crack the code, we won't really know. You're welcome to try deciphering the codex yourself here, as it's available online in its entirety.

This collection of canonical law, ordered by the 13th century Pope Gregory IX, could have been fairly common for its time and probably rather boring. Instead, the bizarre illustrations that accompanied the decretals lifted this illuminated manuscript to a mystical status.

The book features many scenes of homicidal giant rabbits, a medieval Yoda, bears fighting unicorns, and strange human and animals practices. Maybe the monks drawing these had something in their water or knew there would someday exist a digital network connecting people who'd love to share such images for giggles and likes.

Man sawing off his own leg?

After first being found by the Elizabethan mathematician and occultist John Dee, this 16th-century book on magic was lost for centuries until discovered in 1994 by a scholar within the archives of the British Library.

The nearly 200 pages of this book contain incantations and instructions for summoning demons, performing magic, astrological ideas and other things we don't really understand.

When he found it in 1551, John Dee went so far as to enlist a medium so he could have a conversation with the archangel Uriel about what the book meant. While some of the book that's written in Latin appears to have meaning, there are over 40,000 letters arranged strangely in 36 tables that appear to be some kind of code.

Considering the occult nature of the book, solving this mystery promises a revelation, which has a rumored curse. Supposedly, if you figure out the code, you will die within two and a half years. Perhaps, we should let the computers tackle this one.