Study links 4/20 to an increase in deadly car crashes

U.S. drivers faced a 12% greater risk of dying in a car crash on April 20 over the past 25 years. The likely explanation? High drivers. 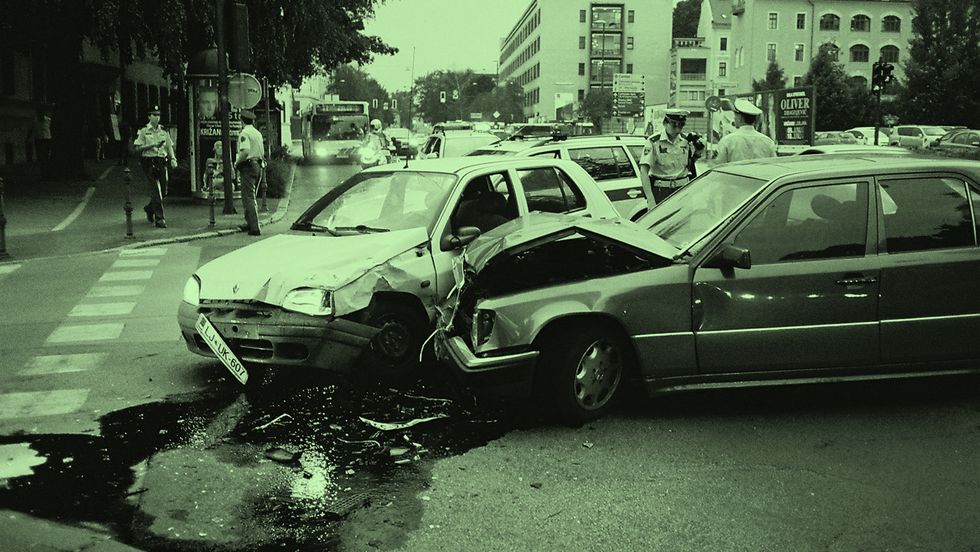 Every year on April 20—aka 4/20—millions of people around the world celebrate marijuana’s chief holiday by, of course, getting really high. The celebrations are usually peaceful, even if they’ve been a pain for university officials in states like Colorado and California, where massive crowds used to openly light up on campus property when 4:20pm struck on the holiday.

But new research suggests there’s a darker side to the story.

A study published in JAMA Internal Medicine shows that drivers in the U.S. faced a 12 percent greater risk of dying in a car crash on April 20 over the past 25 years. The likely explanation? Impaired drivers crashing cars.

The researchers used a quarter-century’s worth of data from the U.S. Department of Transportation’s Fatality Analysis Reporting System to compile the total number of fatal car crashes that occurred between 4:20pm and midnight each year on April 20. They then compared those rates to the number of fatal car crashes that occurred on two other days: one week before and one week after the holiday. These days served as a control.

The results showed that marijuana-related crashes were potentially responsible for 142 increased deaths over the 25 years, a timeframe researchers chose because it was one year after High Times published a short story on the origins of 4/20. What’s more, drivers under the age of 21 were disproportionately affected on the holiday, experiencing a 38 percent increased risk of dying in a car crash. That’s comparable to the fatality rates associated with Super Bowl Sunday, known as a day of heavy drinking.

“The simplest interpretation of our findings is that some drivers are impaired by cannabis use and that these drivers contribute to fatal crashes,” said study author John Staples, a clinical professor at the University of British Columbia, to VICE.

Interestingly, states that had legalized marijuana showed a decreased relative risk in fatal car accidents on April 20, as the map created by the researchers shows below.

It’s hard to know just how much smoking pot affects driving ability. One reason is that we don’t have perfect data on drug-related crashes, considering that, unlike alcohol, not all municipalities are required to screen people for drugs after car crashes.

Another reason is that the exact effects of marijuana on driving ability can vary greatly by individual. Smoking pot has been shown to impair motor coordination and reaction time, but the magnitude of these effects depend on one’s method of ingestion, quality of the pot, and, especially, their experience with the drug.

It’s this “experience” problem that makes it difficult for law enforcement to test drivers for the drug. For instance, the concentration of THC in a smoker’s system doesn’t necessarily reflect their level of impairment. These level will be higher in regular smokers, who, as a result of tolerance, won’t be as high.

If you're going to smoke and drive, hire a limo driver. (Photo: Shutterstock)

Either way, it’s safe to say that driving stoned is generally less dangerous than driving drunk, but alcohol and pot used together can substantially increase the effects of both substances, mainly because alcohol increases the absorption rate of THC while marijuana delays the effects of booze. It’s a deadly recipe for drivers. Even though Department of Transportation data shows that drunk driving killed about 10,000 people in 2016, we really don’t know for sure how many of those drivers were drunk and stoned.

Staples told TIME that other factors, like alcohol, have probably contributed to the spike in fatalities on April 20 since 1992. But that doesn’t change the moral hiding in the numbers.

“My message to the public is: Don't drive high,” Staples told VICE. “I think it's important that the regulatory and enforcement strategies around cannabis use and impaired driving prioritize public health. This means there should be a focus on injury prevention, but it also means we should consider how our policy choices affect the health of marginalized groups such as minorities and people with mental health and addiction issues.”