Just in time for the holidays, comes new research that says you get more satisfaction from giving gifts than receiving.

Usually, a phenomenon known as hedonic adaptation is responsible for us feeling less happiness every time we experience some event or activity again. We get used even to the best things and want more. But when we give to others, something different happens.

Psychology researchers Ed O’Brien from the University of Chicago Booth School of Business and Samantha Kassirer of Northwestern University’s Kellogg School of Management carried out two studies. They discovered that the happiness of the subjects declined much less or not at all if they repeatedly gave gifts to others as opposed to getting the same gifts themselves.

O’Brien attributes this effect to our desire for new experiences.

“If you want to sustain happiness over time, past research tells us that we need to take a break from what we’re currently consuming and experience something new,” says O’Brien. “Our research reveals that the kind of thing may matter more than assumed: Repeated giving, even in identical ways to identical others, may continue to feel relatively fresh and relatively pleasurable the more that we do it.”

One of the experiments consisted of having 96 university students getting $5 every day over the course of 5 days. The catch – they had to spend it on the same exact thing either for themselves or someone else (like donating to charity or putting money in a tip jar). At the end of each day, the study participants had to reflect on their spending and level of happiness.

This study showed that over the 5 days, the levels of self-reported happiness decreased for those who spent money on themselves. Those who gave money to someone else did not show such a fade in happiness, however. The joy and satisfaction of giving is just as powerful every time you give it. 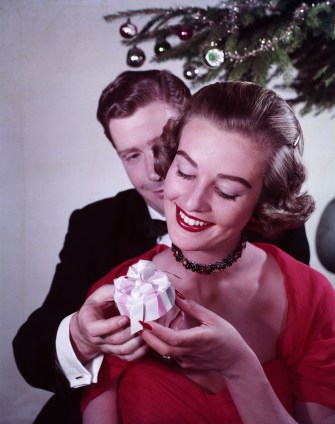 For the second experiment, the researchers had 502 online participants play 10 rounds of a word puzzle game. The 5 cents they won each round could be either donated or kept for themselves. After each round, the subjects reported how joyful the winning made them feel. Those who gave the won money away reported their happiness decrease much slower than those who hung on to the gains.

The fuller explanation for why people react this way to giving may lie in the fact, say the researchers, that when we focus on an outcome like a paycheck, we are setting ourselves up for being less happy. Paychecks can be compared to one another, which reduces our sensitivity to each such experience. When we focus on actions, like donating to a charity for example, comparison becomes less important. What happens instead is that we treat each instance of giving as a unique event that can bring us inner satisfaction and elation.

Another reason we don’t get used as quickly to happiness from giving is because of the societal benefits that come with it. Giving enhances our “prosocial reputation” and strengthens our sense of connection and belonging to the community.

Aliens? Or Alien Impostors? Finding Oxygen Might Not Mean Life, After All

The most surefire, easily-seen signature of life on Earth might be a cosmic red herring around other worlds.In our quest for life beyond the Solar System, it makes sense to look […]