Want to transform your brain and make better decisions? Learn chess, a game synonymous with intelligence and brain power. It’s been proven by numerous studies to help a variety of mind skills and has been growing in popularity around the world.

According to a World-Chess-Federation-sanctioned YouGov polling study from 2012, 70% of adults have played chess at some point in their lives, with the number of worldwide chess players estimated to be above 605 million. The percentage of active chess players stood at 15% in the US, 23% in Germany, and 43% in Russia. A whopping 85 million played chess in India, buoyed by the popularity of the former world chess champion Viswanathan Anand.

Some more recent stats from the organizers of the 2014 world chess championship report that 1.2 billion viewers watched that competition.

How do you play chess? To be very brief: it’s a board game played by two opponents, each with 16 pieces, who use strategic thinking to put the opponent’s king piece under an attack from which it cannot escape, called a “checkmate”.

Chess is an ancient game, at least 1500 years old. It likely originated in India, derived from the strategy game chaturanga. Chess went through a number of forms but eventually its rules were standardized and world championships began to be held in the 19h century. The current world chess champion is Norwegian Magnus Carlsen, who recently defended his title against the Russian Sergey Karjakin. The women’s chess champ is Hou Yifan from China. 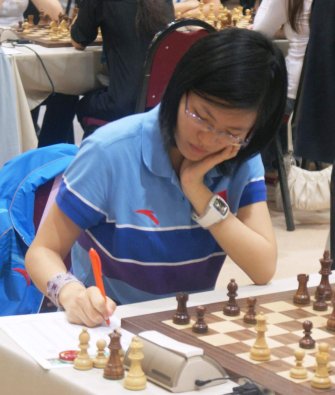 Hou Yifan at a Chess Olympiad in Istanbul, Turkey. 2012.

It’s worth noting that chess champions are often some of the smartest people in the world, with the recent world champion Garry Kasparov, who has contributed to Big Think, reportedly having an IQ of 190, while the female champion Judit Polgar, who became a grandmaster at 15 has an IQ of 170.

If you needed more convincing, here are five reasons why you should find a place for chess in your life:

As a game based on logic and processing of numerous potential combinations of moves at once, it is tailor-made for engaging your brain functions. There are a number of studies that show how chess can enhance your thinking powers. One way has to do with pattern recognition.Studies of the former world champion Garry Kasparov showed how quickly a player of his caliber recognized patterns.

It has also been shown that better chess players use both sides of the brain to make decisions, engaging the visual information processing part of the brain to find patterns and the analytical side to pick the best logical move.

Other studies highlight the interesting fact that the brains of elite players are actually smaller compared to the non-experts, possibly pointing to “localized shrinkage” in order to increase neural efficiency.

2. Chess can improve your memory

Chess is an excellent memory exercise because it encourages remembering moves for various strategical purposes. The better players fill their memories with possible combinations. A study showed how the brains of grandmasters worked by recalling thousands of moves. 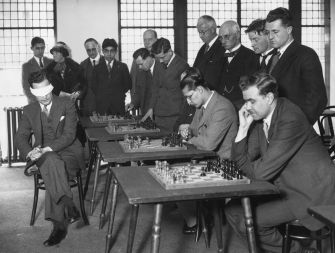 The 2012 YouGov poll also found a clear relationship between being a regular chess player and various measures of achievement and success. 78% of active chess players are university graduates. 20% of households making above $120,000 regularly play chess. Chess players are 5 times more likely to read in-depth analysis and high-brow publications. They are also likely to be affluent, 40% more likely to purchase luxury items.

Peter Thiel, a prominent venture capitalist, co-founder of Paypal, and a major figure in the 2016 Presidential election is an avid chess player.

And he’s not alone among the famous. Microsoft’s founders Bill Gates and Paul Allen have been known to play each other as do other Silicon valley titans. Acting legends Humphrey Bogart, Lauren Bacall, Marilyn Monroe, and Marlon Brando were lifelong chess aficionados. As was John Wayne. So was directing great Stanley Kubrick. Other celebrities known for their chess prowess include Arnold Schwarzenegger, Nicholas Cage, Ray Charles, Ben Affleck, Bono, Will Smith, and Howard Stern. 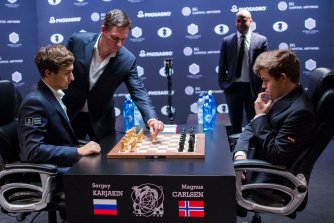 4. Chess can make your kids smarter.

Several studies have been done to show that playing chess (in one case for 18 weeks) increased the IQs of the children involved. Other studies show chess improves the analytical and critical thinking skills as well as visualization abilities of kids in all stages of school, enhancing their development. Chess has also been shown to boost kids’ math, reading and verbal skills. 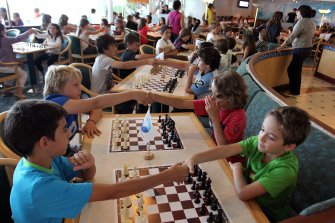 The game has been shown to protect the elderly from degenerative brain diseases like Alzheimer’s disease and dementia. 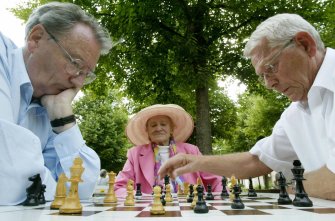 And if you are looking for something more exciting, combining the brain and the brawn, you can partake in chessboxing as this photo illustrates: 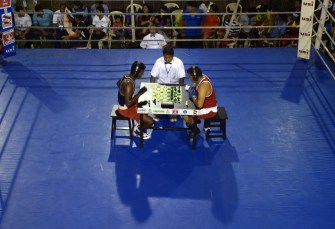 Indian chessboxers play a round of chess during the boxing round of The National Chess Boxing Championships in Kolkata. Chessboxing is a hybrid sport combining the mental workout of chess with the physical challenge of boxing. A chessboxing fight consists of 11 rounds, 6 rounds of chess and 5 rounds of boxing. Chess and boxing rounds alternate, beginning and ending with a round of chess, Chessboxing is particularly popular in Germany, Great Britain, Russia and France and now catching up fast in the Asian countries like China, Iran and India. (Photo credit: IBYANGSHU SARKAR/AFP/Getty Images)

Do you want to learn to play chess? You can start here.

Watch Tim Ferriss explain how the chess strategies go beyond the game board, into life and business.

Tags
alzheimer's diseasebenefitsbrainchessintelligenceMagnus Carlsenmemorymindparentingtraining
In this article
alzheimer's diseasebenefitsbrainchessintelligenceMagnus Carlsenmemorymindparentingtraining
Related
L&D strategy
Best practices for a needs analysis [Templates included]
Conducting a thorough needs analysis requires care, curiosity, and open-mindedness.
Measuring impact
15 research-backed benefits of employee training
The benefits of employee training are felt far and wide, from improvements in workers’ wellbeing to better customer interactions.
Neuropsych
The hypersane are among us, if only we are prepared to look
Carl Jung was one such person.
9 tactics to build a stronger memory and mind
Stress shrinks your brain. Neuroscientist Lisa Genova explains how to strengthen it.
▸
10 min
—
with
Lisa Genova
L&D strategy
How to create engaging training videos for employees
These 10 best practices can help organizations develop high-quality and engaging training videos for employees.
Up Next
Surprising Science
Does All Mental Illness Derive from a Common Source? “Yes,” Says Former FDA Commissioner
Kessler hopes his theory helps us to see that those struggling aren’t “broken,” but caught in a loop.